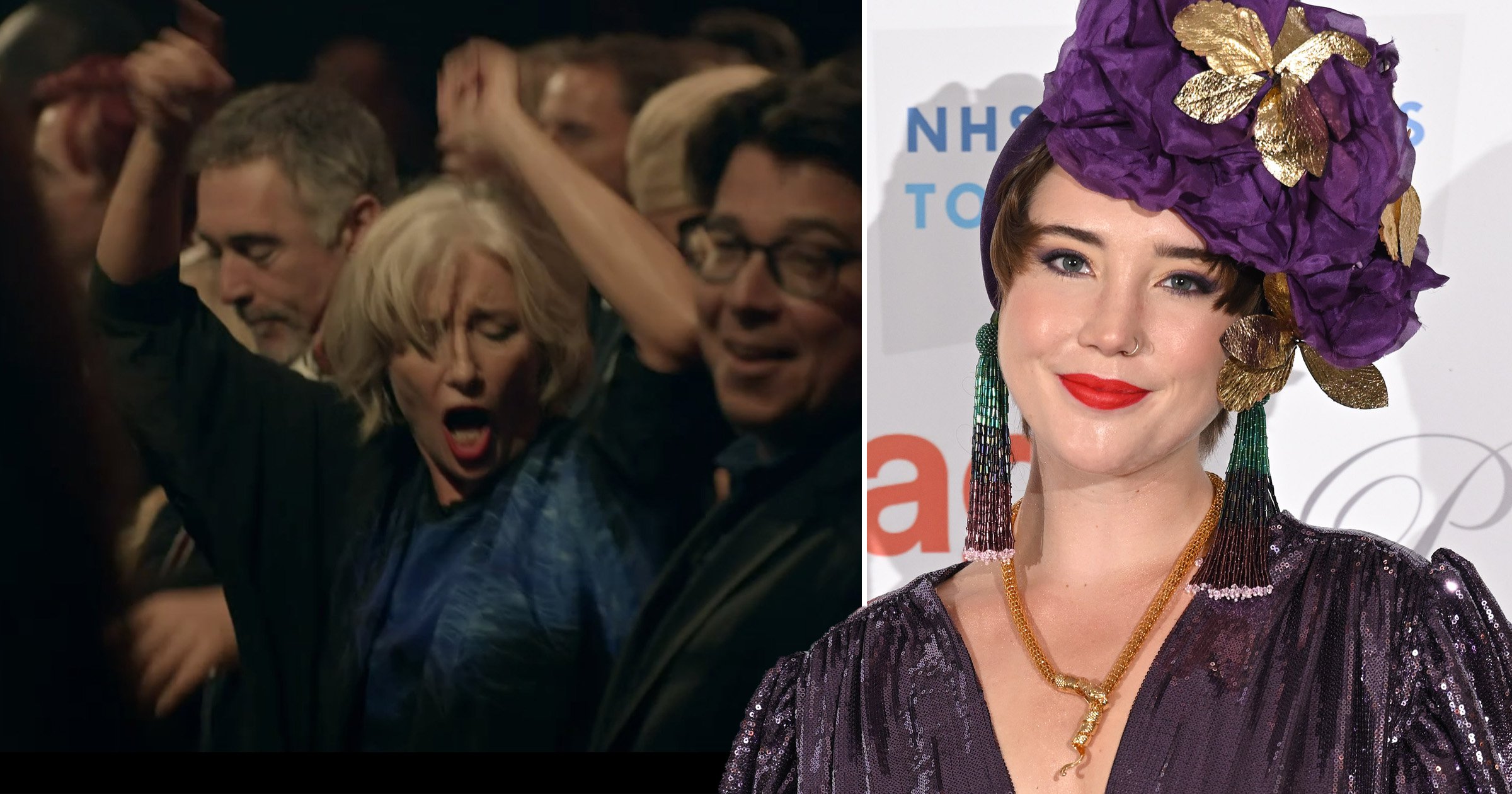 Dame Emma Thompson’s daughter apparently loved the actress’ dancing as much as the rest of us.

The Harry Potter star went viral last night after viewers went wild for her dance moves during An Audience With Adele.

Without a doubt, Dame Emma stole the spotlight from the music icon as the camera managed to catch her energetically cutting shapes multiple times and dancing like there was no tomorrow.

After social media erupted with all the memes, the film star’s daughter Gaia Wise couldn’t help but address the hilarity herself.

In Gaia’s Instagram stories, she shared a TikTok video of a user who recorded Dame Emma’s dancing on television, and included the caption: ‘Someone get Emma Thompson down to G-A-Y,’ alongside the dancing queen emoji.

Dame Emma’s dancing didn’t go unnoticed by Adele either, as the singer remarked at one point during the ITV special: ‘I’ve been seeing you dancing all night!’

The 62-year-old actress also claimed the spotlight at another point in the evening, when she helped orchestrate a surprise for Adele, who was reunited with her favourite school teacher.

During a Q&A segment, Dame Emma asked the singer who had inspired and helped her when she was younger.

Naming Ms McDonald, Adele then revealed: ‘She left in year eight but she got me really into literature, I’ve always been obsessed with English and obviously now I write lyrics.

‘But she also did street dance, I was too scared to go in, but like in the canteen they used to do these dances and stuff like that.

‘She was so bloody cool, so engaging, and she really made us care, and we knew that she cared about us and stuff like that. She used to have all these gold bracelets and gold rings.’

She added: ‘She was bloody cool and so relatable and likeable, that I really looked forward to my English lessons.’

It was an emotional moment as the Hello singer was then approached by Ms McDonald before the two shared a warm hug.

An Audience With Adele saw a bevy of A-listers, including Samuel L Jackson, Emma Watson and Dua Lipa, watch as Adele performed some of her classic singles and new cuts from her latest album 30, released last Friday.

An Audience With Adele is available to watch on ITV Hub.

What is Sean Paul’s net worth and what are the lyrics to new song Calling On Me? – The Sun