Dan Walker and Louise Minchin presented today’s edition of BBC Breakfast where the hosting duo informed viewers of this morning’s news headlines and welcomed a host of guests throughout the show to discuss the latest topics. The breakfast show kicks off at 6am daily and gives a recap of the day’s headlines on the hour every hour until the show finishes at 9.15am. However, just an hour into today’s show Dan made a blunder before quickly correctly himself.

“The headlines for you at six o’clock,” Dan began before correcting himself: “Seven o’clock, forgive me, on this Wednesday morning.”

While Dan continued to read out the headlines, the BBC host’s voice could he heard breaking as he stopped himself from laughing at his mistake.

He continued: “After years of delays and cancellations a decision is expected today over the future of the Northern Rail franchise. 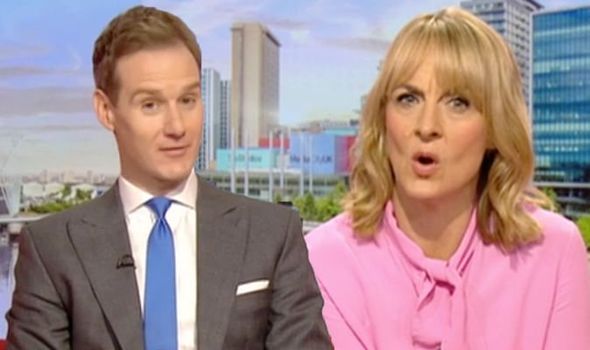 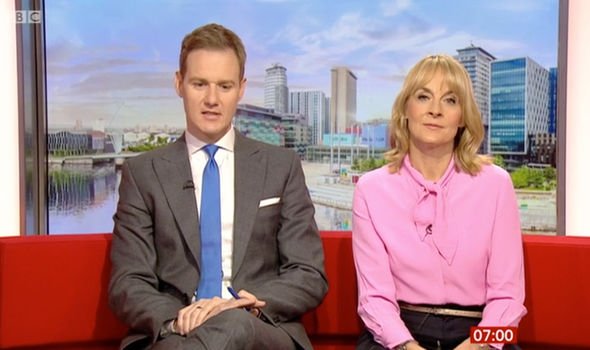 “We’re at stages across the North of England this morning,” he added.

BBC Breakfast viewers quickly picked up on the blunder and took to Twitter to hit out at the presenter.

Another remarked: “Now it’s in my head, think I’ll be late for work and blame Dan.” 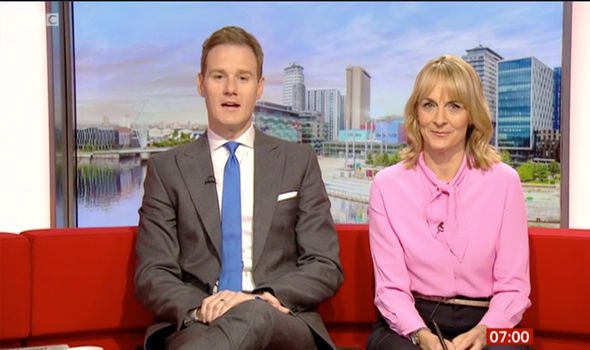 The BBC presenter responded to the cheeky viewer by stating: “I take full responsibility #BBCBreakfast.”

In a second tweet, Dan also said “sorry” to one viewer after giving them “false hope.”

Elsewhere, Dan had to halt an interview earlier in the week when he suffered another on-screen blunder.

Dan and Louise were joined by author Kimberly Chambers who discussed the latest edition to her crime novel series the Butlers.

As the presenter explained the important role research played in her newest novel, a plate could be heard crashing by Dan’s feet.

The blunder didn’t go unnoticed with Kimberly pausing the interview to question what had happened.

Looking in the direction of where the sound came from, the author asked Dan: “What are you dropping down there?”

Dan seemed a little embarrassed as his co-presenter Louise explained what had happened.

“It was his croissant plate,” she explained, to which her co-host added: “I just trod on the plate.”

Louise added: “We don’t usually have croissants,” referring to the use of the French breakfast pastry which was being talked about earlier on in the show.

The interview continued but once again the blunder didn’t go unnoticed by viewers.

Taking to Twitter, one viewer posted: “Kimberley Chambers has to my favourite #BBCBreakfast guest, funny and down to earth, plus she told off @mrdanwalker for standing on his plate and she’s a Spurs fan… legend @kimbochambers.”

What You Don’t Know About Olivia Rodrigo – The List