The former EastEnders actress is more used to sun, sea and sand of Spain these days, having spent a number of months living out there. 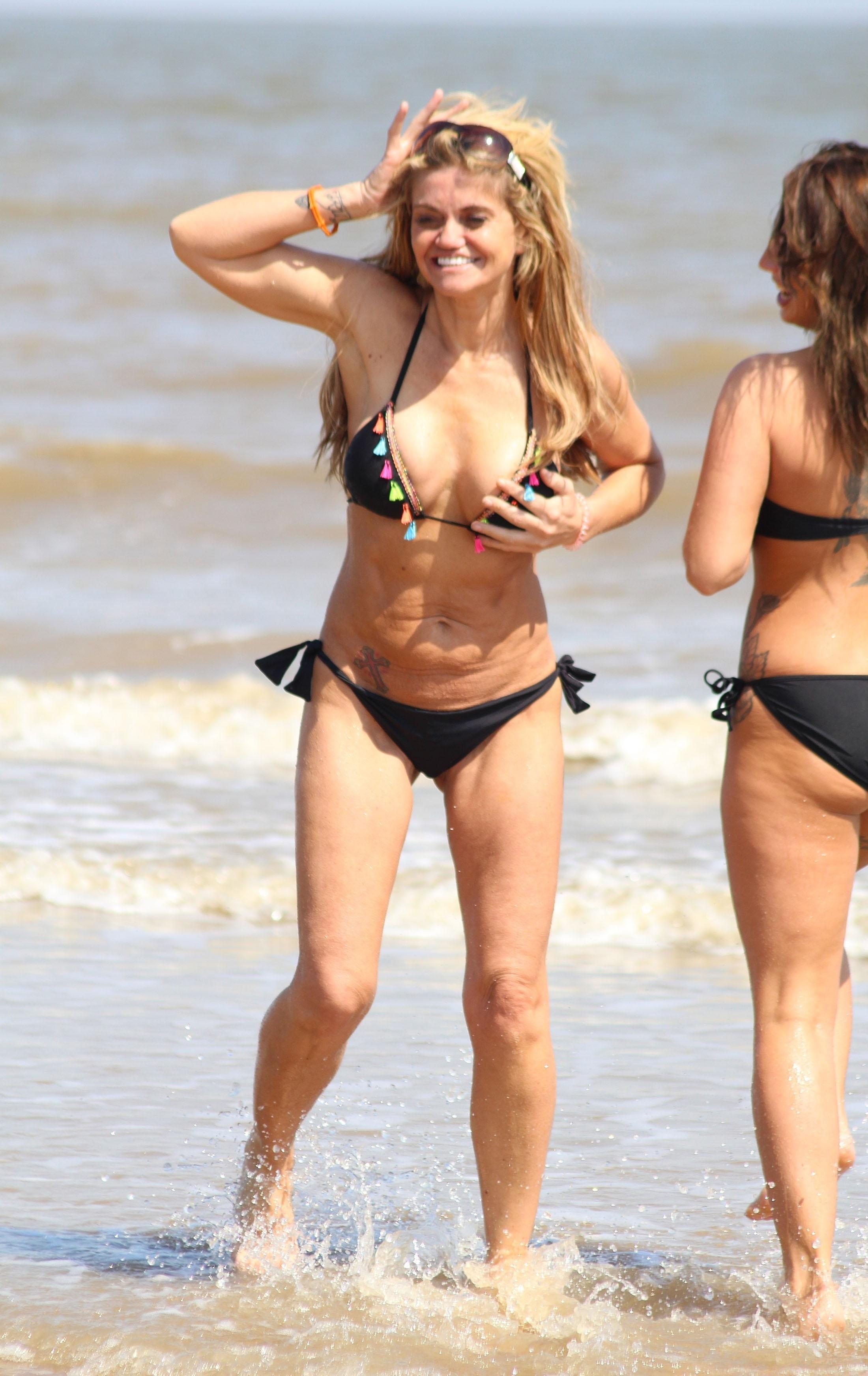 But Danniella proved she can have just as much fun in the sunshine in Essex, as she splashed around in the sea with her pals at Clacton-on-Sea.

The 44-year-old showed off her figure in the black two-piece, which featured multi-coloured tassels on the bust line and tie side detailing on the bottoms.

With a pair of sunglasses on her head, Danniella smiled and laughed as she messed around with her friends.

At one point, her cheeky mate smacked her on the bottom as she ran into the surf. 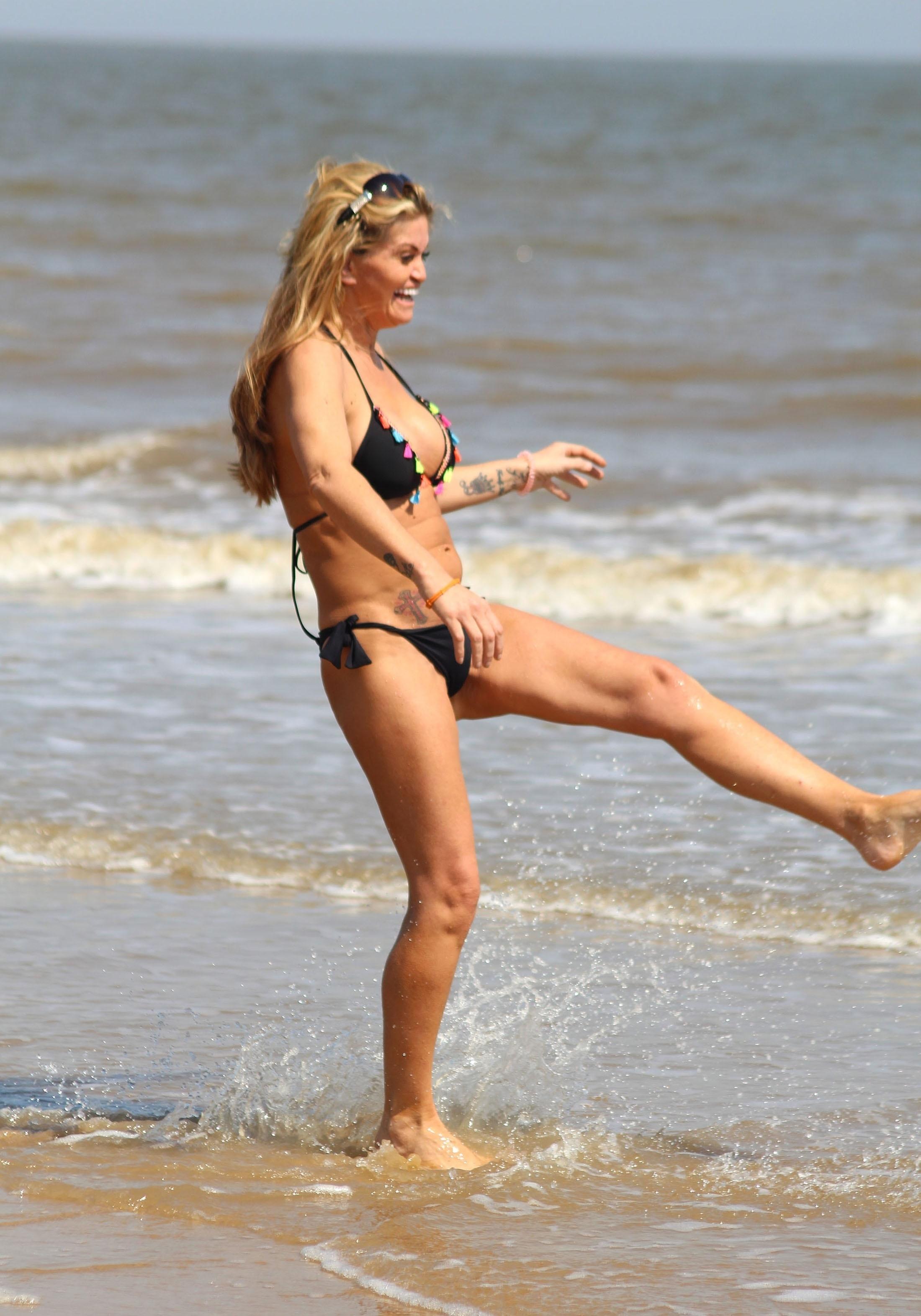 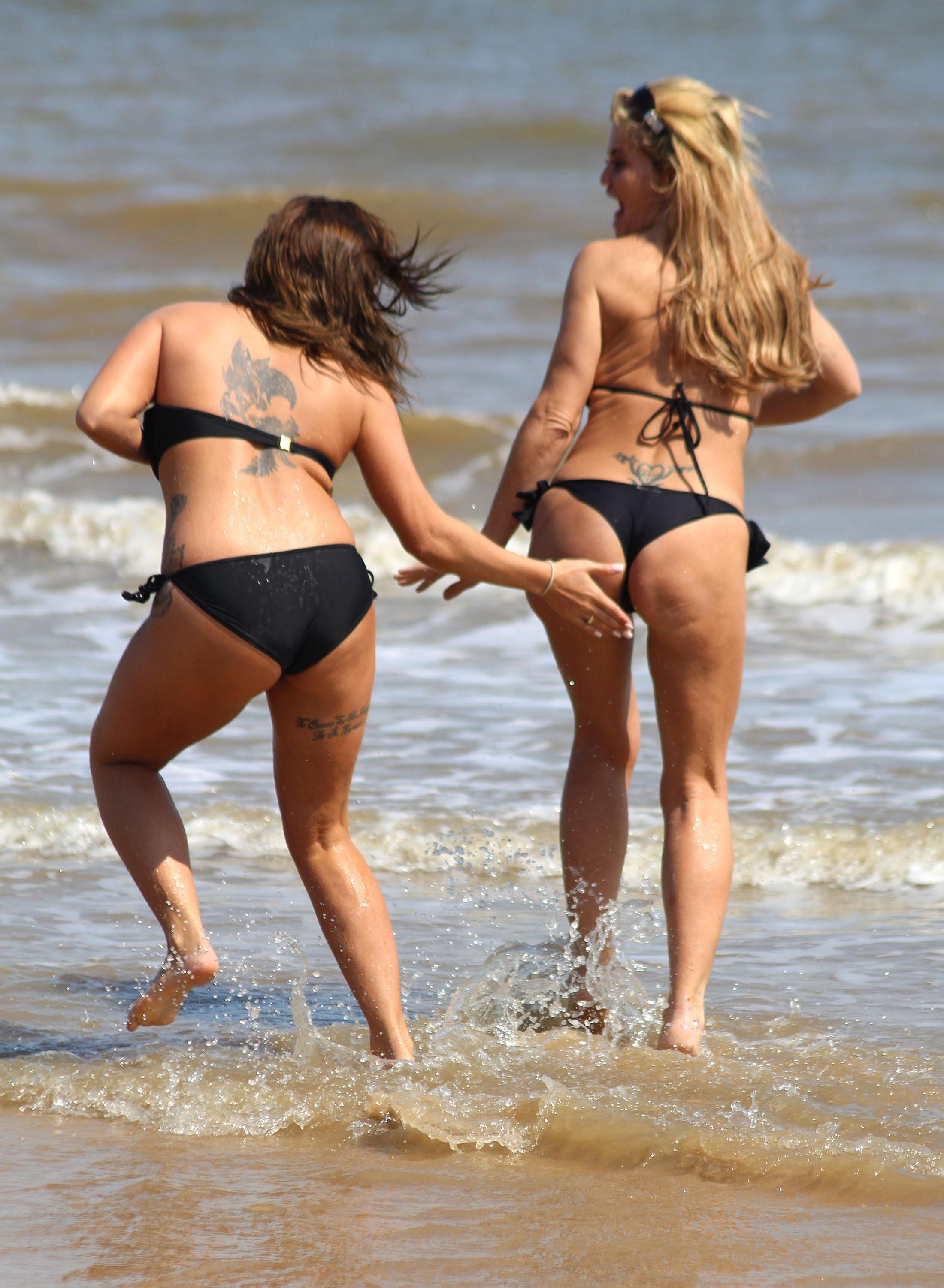 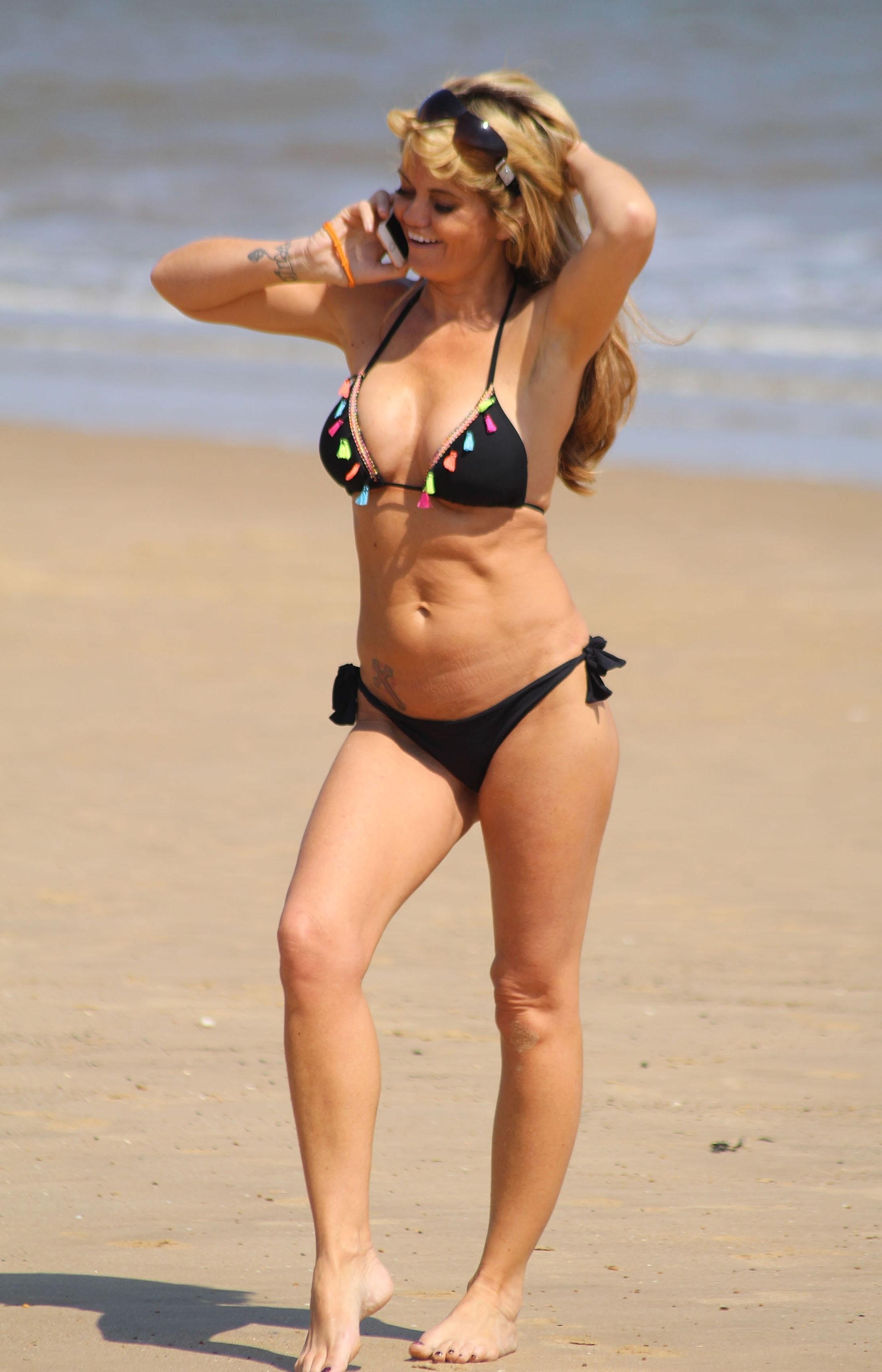 Once out of the water, the star took a call on her mobile phone, striking a pose as she did so.

Her outing was one of her many forays onto the beach in recent days, with Danniella being pictured writing a cryptic message in the sand over the weekend.

During the solo outing, Danniella wore an Aztec print swimsuit which featured a plunging neckline and she had her blonde hair tied back off her face in a ponytail.

Proving that there's no company like your own, the soap legend had some fun writing cryptic messages in the sand.

Pausing for a break, Danniella sat down in what appeared to be a heart shaped drawing.

Her summer in Essex comes weeks after she opened up about her fears of becoming addicted to painkillers after having an operation on her face.

The star says she is facing months of costly and invasive plastic surgery to have her rib inserted into her cheek. 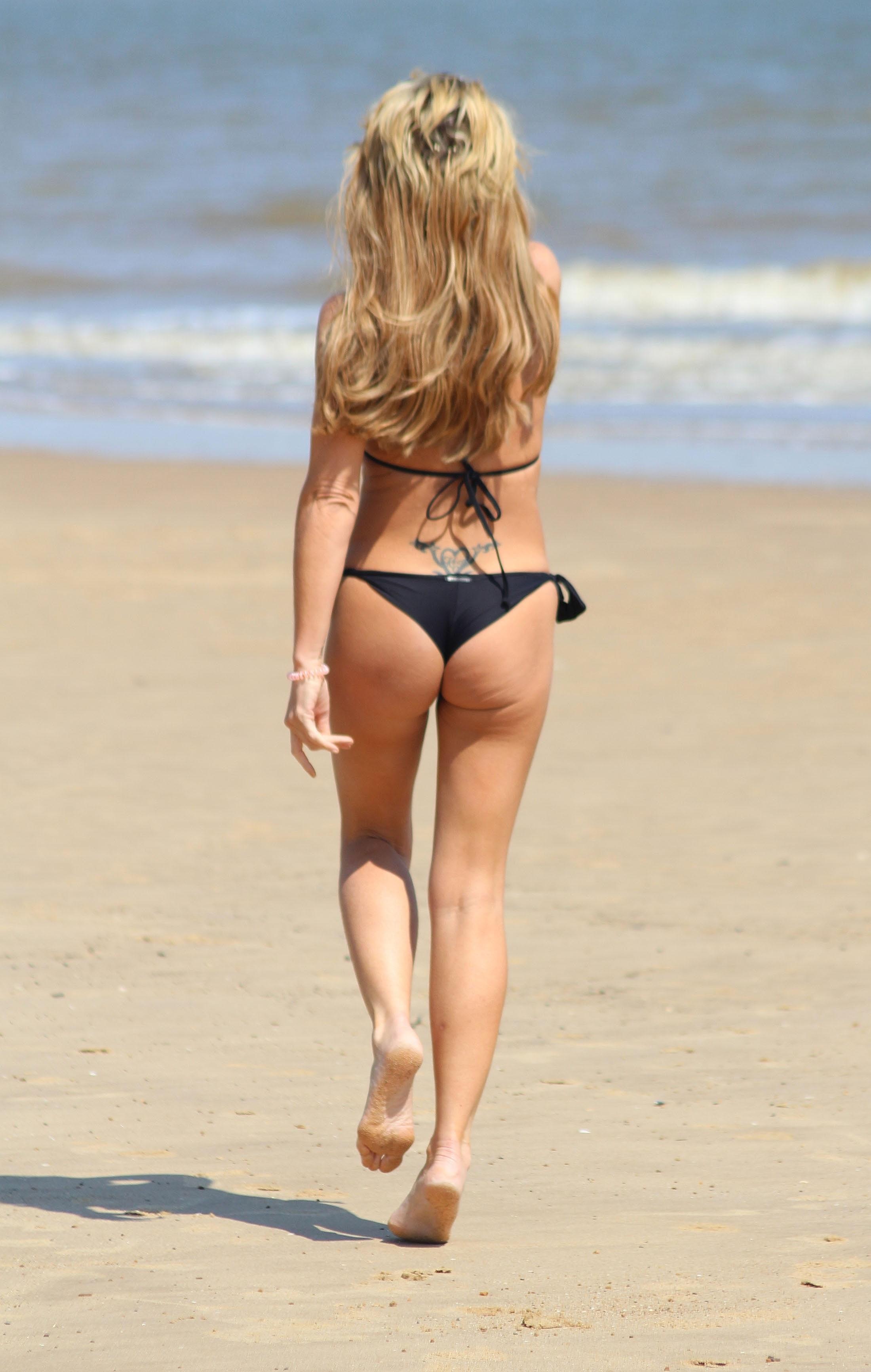 She exclusively revealed to The Sun Online she will undergo "groundbreaking" surgery to fix her wonky nose and collapsed cheekbone.

But she has been left terrified that her 20-year battle with addiction will once again be triggered while in recovery.

'The Voice' Results: Who's Moving On to the Season 20 Knockout Rounds?