Netflix series Dark was brought to a momentous close recently. Season three of the German sci-fi thriller marked the final series and saw many loose ends tied up. However, there was some question left unanswered and ambiguity over the final scene.

Is Hanno alive in the Origin World?

WARNING: This article contains major spoilers from all seasons of Dark

The pair were instructed by Claudia Tiedemann (Julika Jenkins) to travel to the Origin World and change the chain of events which led to the creation of the knot in the first place.

They journeyed through a portal or time vortex where they each seemed to see child versions of each other.

Jonas and Martha completed their task and saved H.G. Tannhaus’ (Christian Steyer) family, which meant the scientist would never try to invent time travel in the first place. 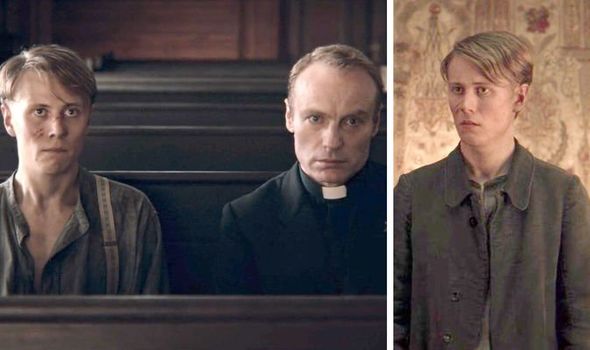 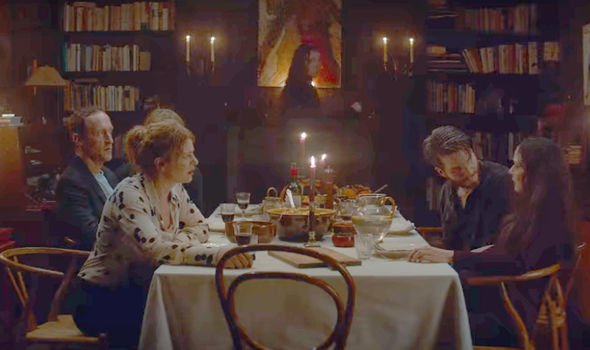 After succeeding, Martha and Jonas started to disappear into nothingness as the knot was undone. There was also a montage of the other characters being freed from the endless cycle and disappearing.

In the final scene of Dark, a group of characters were sat around a table in the Origin World in Winden in the present.

The suggestion was they had all survived and were among the original people to have lived and existed outside of the knot, leading many to wonder who else also lived in the Origin world.

Express.co.uk spoke exclusively to Dark star Max Schimmelpfennig, who portrays the young version of Noah/Hanno Tauber, about whether he believed his character also existed outside the knot.

The 24-year-old German actor explained: “I loved the ending because all of us were pretty curious about how the showrunners Baran Bo Odar and Jantje Friese were going to bring it to an end. 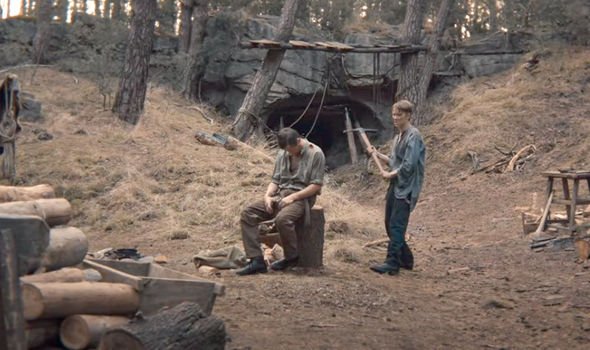 He admitted the notion of having no control over his own destiny “terrifying”.

Schimmelpfennig also compared the Dark finale to season of HBO’s True Detective with the notions of goodness versus evil.

He said: “It feels like they’re can’t be light without darkness and it’s like when you see the sky at night, it feels like there’s a lot more darkness than light. But if you think about it, in the beginning there was one hundred percent darkness.

“So, it feels like the light is winning and that was my feeling when the show was over, that all that pain and stuff that happened is a for a good reason. They’re sitting there having dinner and you’ve got that feeling that everything is still kind of connected and it’s spiritual and I like that.”

So, does he think Noah managed to survive the finale? “Yeah, I think so.”

The actor went on to reveal: “I thought about what he would do, what he’s doing right now, and I don’t think he lives in Winden anymore. Maybe a house somewhere and a lake nearby.

The star’s vision for his character sounds like quite a peaceful existence for the character, whose older incarnation (Mark Waschke) started off Dark killing children in several botched attempts to create a functioning time travel machine.

Schimmelpfennig’s younger incarnation of Noah had quite the introduction to Dark in the opening scene of season two, which saw the character brutally murder another member of Sic Mundus with an axe. It was only in season three fans discovered the character killed his own father Bartosz Tiedemann (Roman Knizka).

Reflecting on filming the scene, Schimmelpfennig said: “I had to throw the pickaxe into a little box with a little tiny X on it. So, I had to hit it. Never hit it, by the way. But it worked out anyway and we shot that scene one time with only me without Bartosz and I’m hitting that box. Then the second time, the camera stays still and we were shooting the scene without me and just Bartosz’s reaction.”

Schimmelpfennig started off acting as a teen in theatre before making the transition to screen. Among his previous roles are the World War Two drama Das Boot and Tempel as well as movies 7500 and Caraba.

Since finding fame of Dark, he’s got a whole host of projects in the works. He recently returned to Berlin after shooting a film and will next be working on a comedy for German television.

The star is also going to be venturing into the horror genre with another movie on the cards, which he will be commencing filming this winter.

The actor originally thought the coronavirus pandemic might slow down the jobs coming through after global film and television production was hit hard amid lockdown, however he’s been busier than ever before.

Dark seasons 1 to 3 are streaming on Netflix now

What did Joe Biden say about student loans during his campaign?