The Assassination of Gianni Versace: American Crime Story has proven a hit with a critics, who have called the show “dark and complex and tragic” (The Guardian) and the lead performance from Darren Criss “electrifying” (Newsday).

But the positive buzz around the true crime series has been marred by criticism from the Versace family itself, which called Ryan Murphy’s dramatisation of Andrew Cunanan’s killings (with fashion designer Gianni Versace his final victim) “a sensational story” based on “second-hand hearsay”.

Former Glee star Criss, who has won universal acclaim for his portrayal of Cunanan, had the opportunity to respond to these criticisms while in conversation with Digital Spy and other press.

“If any of these things had happened to somebody that I loved, I would be equally as vocal about it,” Criss insisted. “If I had the public platform that they have, then I would say the exact same thing. I think they have every right and every reason to feel the way they do. Who doesn’t understand that?”

In a message to the Versace family, Criss said that he and the team who worked on The Assassination of Gianni Versace were “not exploiting a story for commercial value”.

“There’s a larger story at play here, one that isn’t necessarily about this one horrible thing, which is the Versace murder. It’s an investigation and exploration of the time, and of course, the other victims that, until now, haven’t really had a whole lot of voice – at least in popular culture. I think it’s important, talking about them.

“If I’d ever had the chance to meet Gianni Versace, I would have hoped that he would understand that we’re trying to create some kind of light out of this darkness. It’s not exploitative. Like all good storytelling, it’s meant to beg questions and really have us think about things beyond what’s right in front of us.” 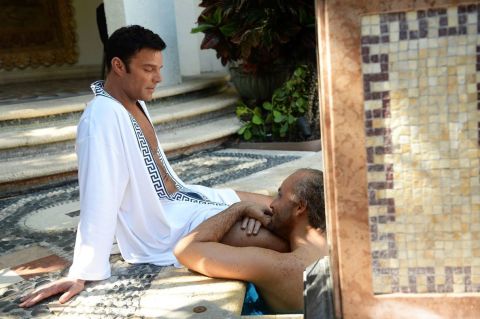 Gianni Versace’s long-time partner, model and designer Antonio D’Amico (played by Ricky Martin in the series) has also hit out at American Crime Story‘s accuracy, arguing that “significant parts… do not reflect the reality of the events that took place”.

But for Criss, it was more important to reflect “the emotional truths” of the story, since so much of “what really happened behind closed doors” remains a mystery. “We don’t know [the facts],” he said. “And I can never deign to say that we’re the moral authority on that.

“I understand how people would be worried about how these things are portrayed. Again, we have the luxury of not having been involved directly in something so traumatic. So I just hope that anybody who had anything to do with… again, I hope that we’re creating light from the dark, and not the other way around.” 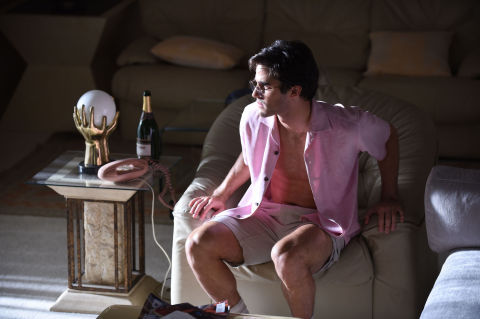 Criss went on to dismiss the idea that the TV series in any way “glamourises” the path that Cunanan took, adding that it portrays his actions as “obviously deplorable”.

“It’s pretty clear-cut on the moral spectrum where we stand. So I don’t think it glamorises it. If anything, it just sort of begs the question: how do we get here? And how does this happen?”

Reflecting on writer Tom Rob Smith’s adaptation, which is based on Maureen Orth’s book Vulgar Favors, Criss called it “a Shakespearean tragedy” about a young man “constantly at war with himself”.

“It’s the fall from grace of somebody with enormous potential,” he said. “Other than the obvious heartbreaking tragedy of these homicides, the real tragedy to me is just the complete and utter loss of promise and potential, where somebody – who was clearly gifted – could have really used said gifts to create and make something, but decided to use it to destroy

“That’s the real heartbreak…. and the American crime, really – how that was allowed by a series of circumstances that were outside of his control.”

Jessica Jones season 3: Who is Hellcat and what does her arrival mean for Marvel's Netflix series?

DaBaby and B. Simone Fuel More Romance Rumors With 'Wild 'n Out' Showing