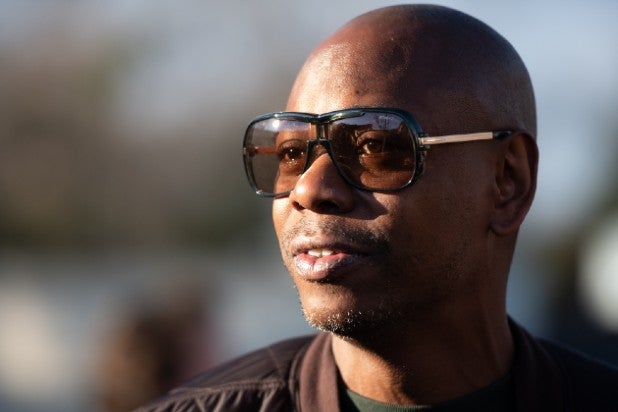 In 2019, officials from the Trump administration claimed that outgoing aides for President Obama had left taunting notes behind in the White House. Now, Dave Chappelle is setting the record straight about who actually wrote them.

The comedian appeared as a guest on supermodel Naomi Campbell’s YouTube series “No Filter” on Tuesday, where the conversation quickly turned to Chappelle’s popularity. Campbell recalled a time when they were both in Washington D.C., telling Chappelle “the police loved you in Washington. You run that city.”

As it turns out, that trip to the White House was for one of the final parties thrown by the Obama administration, and that’s where Chappelle saw some celebrities leaving “dirty notes” for the incoming Trump administration.

“Remember when the Trump administration moved in, they said ‘the Obama staff left dirty notes for us in all the drawers and all the cabinets’” Chappelle recalled. “Now, I saw this happening. I’m not going to say who did it. But it was celebrities, writing all this crazy sh– and putting them all over there. And I saw them doing it, so when I saw it on the news I laughed real hard.”

Campbell and Chappelle moved on quickly, then discussing President Obama’s love of the music at the party. Chappelle did not name any specific names, and did not say what he had seen written on the notes.

According to then-White House press secretary Stephanie Grisham in 2019, the notes said “you will fail” and “you aren’t going to make it.” The blame was placed squarely on Obama aides, who vehemently denied the claims, calling them “outrageous” and “bald faced” lies.