The French DJ, 51, looked like he had won the lottery as he clamped eyes on his gorgeous girlfriend, 26. 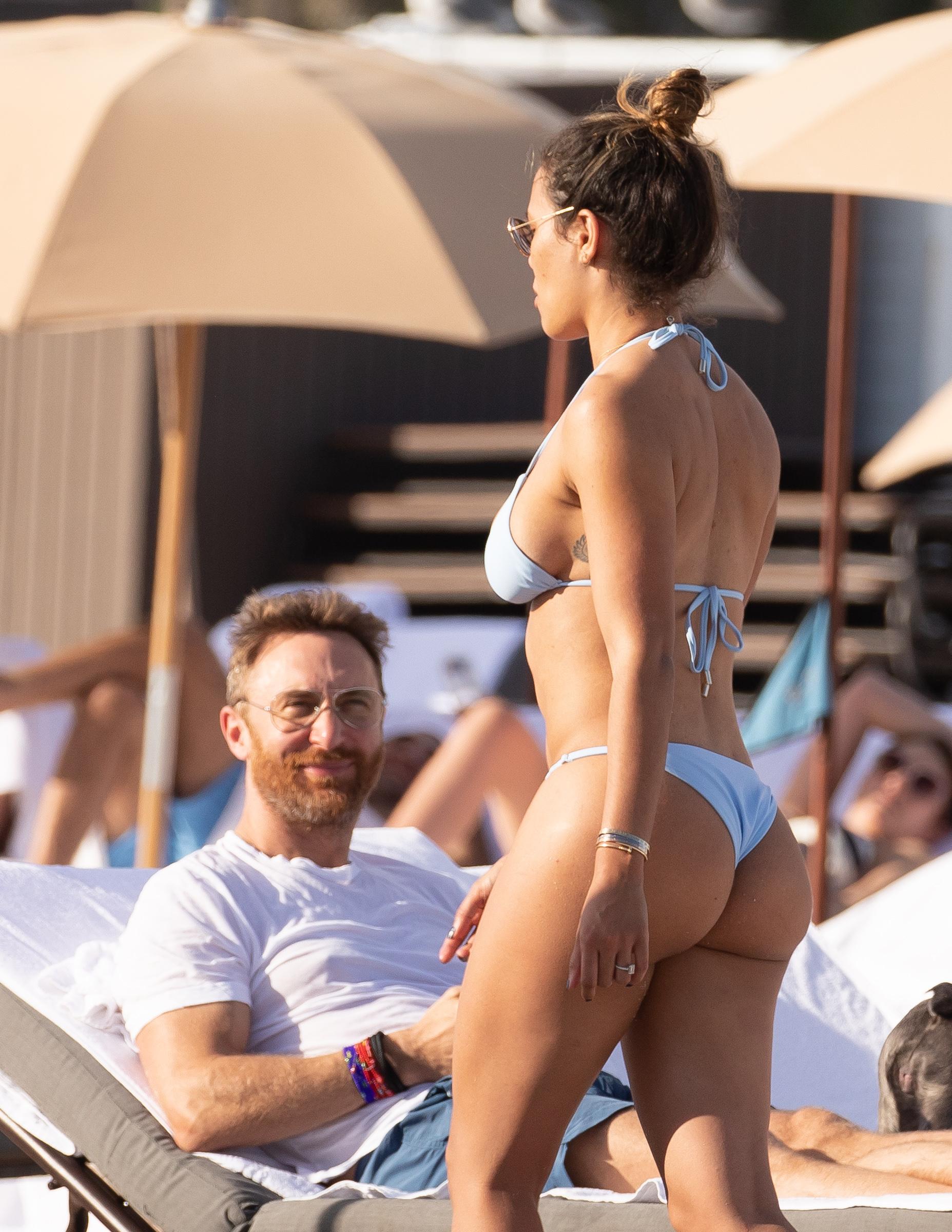 David, 51, looked like the cat that got the cream as he hit Miami Beach with his model sweetheart.

The couple – who've been dating since 2015 – looked loved up as Jessica soaked up the sun in a baby blue bikini.

And David couldn't take his eyes off her phenomenal physique.

The father-of-two kept his sights firmly set on the model as they enjoyed the Florida sun. 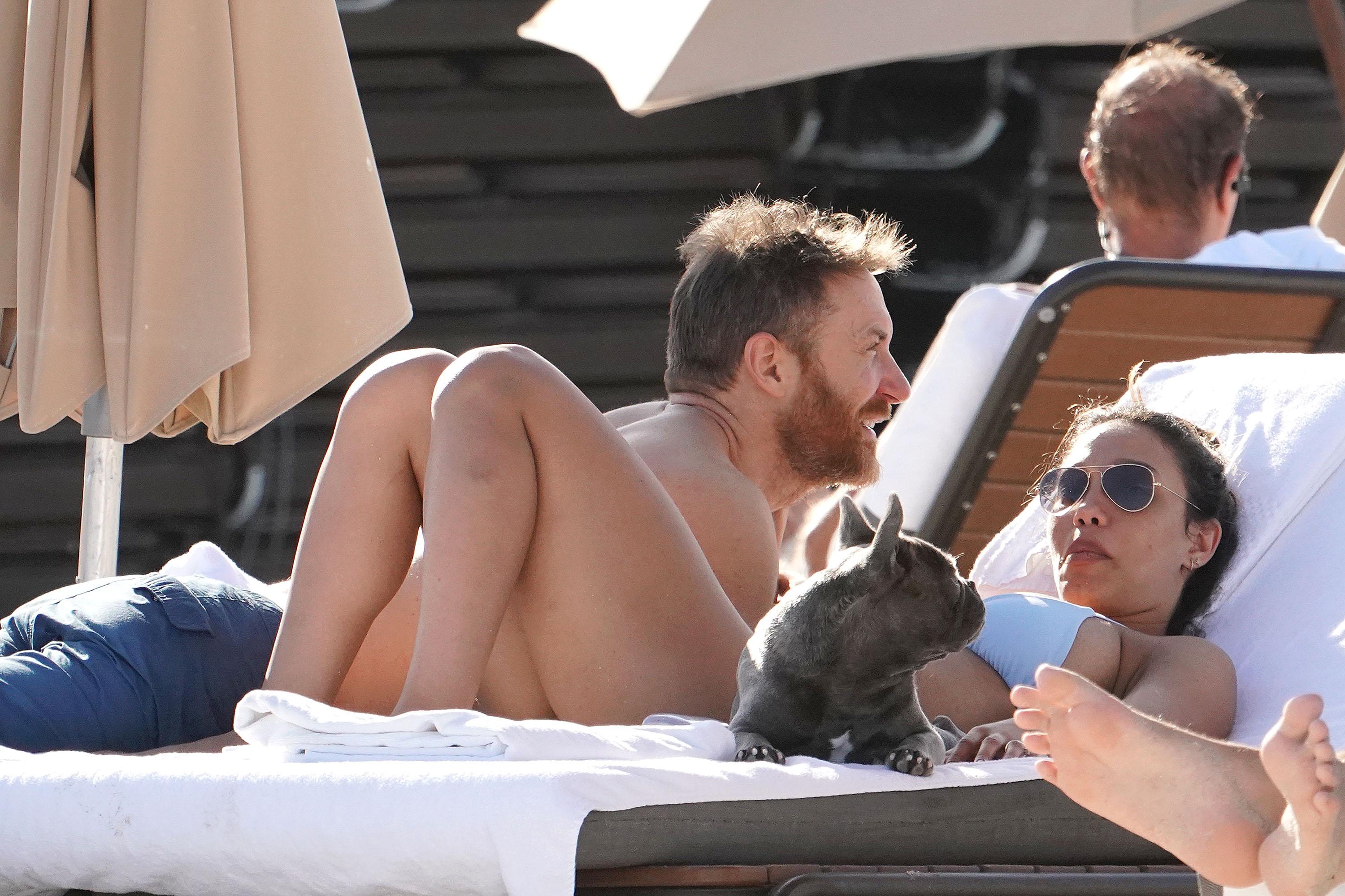 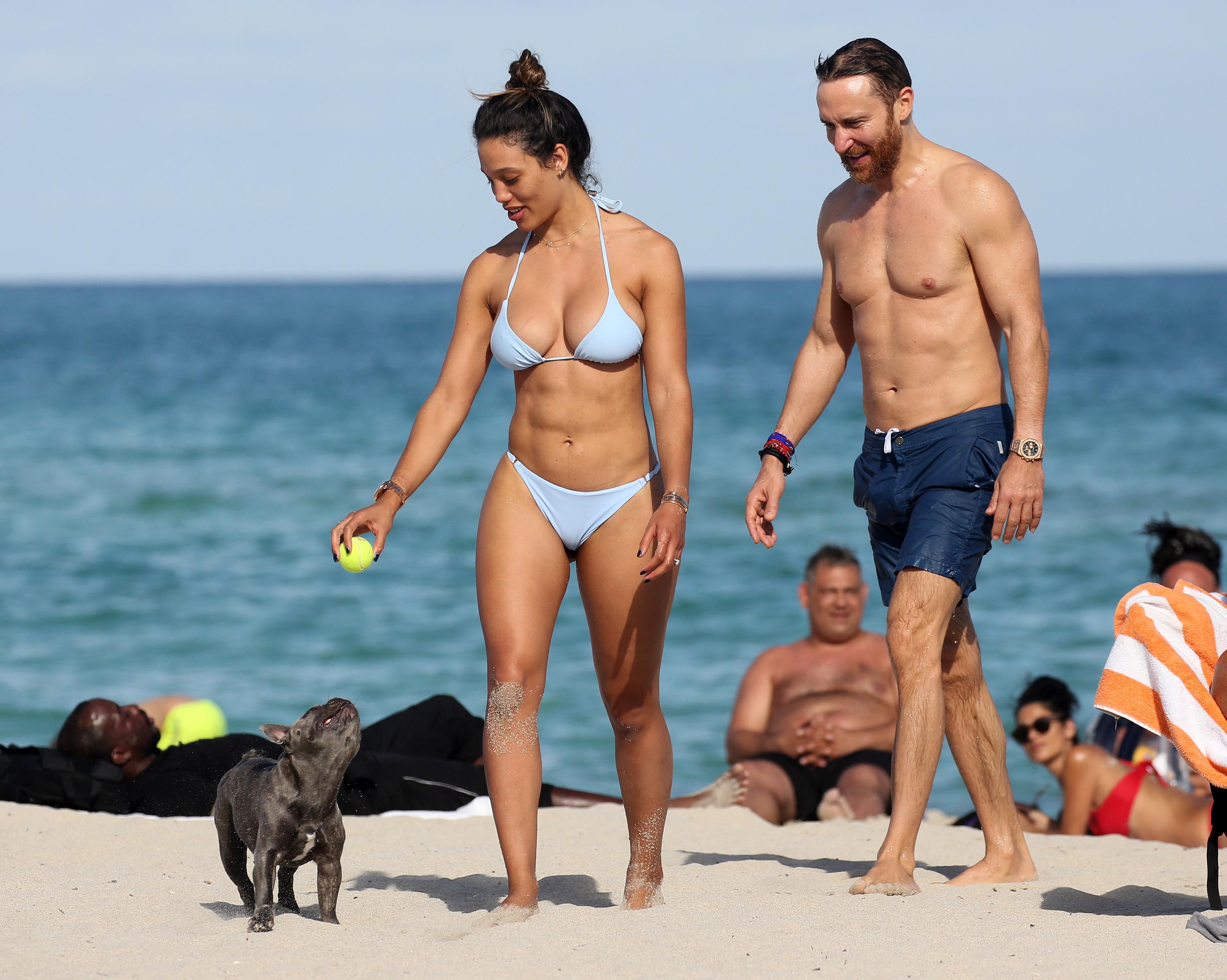 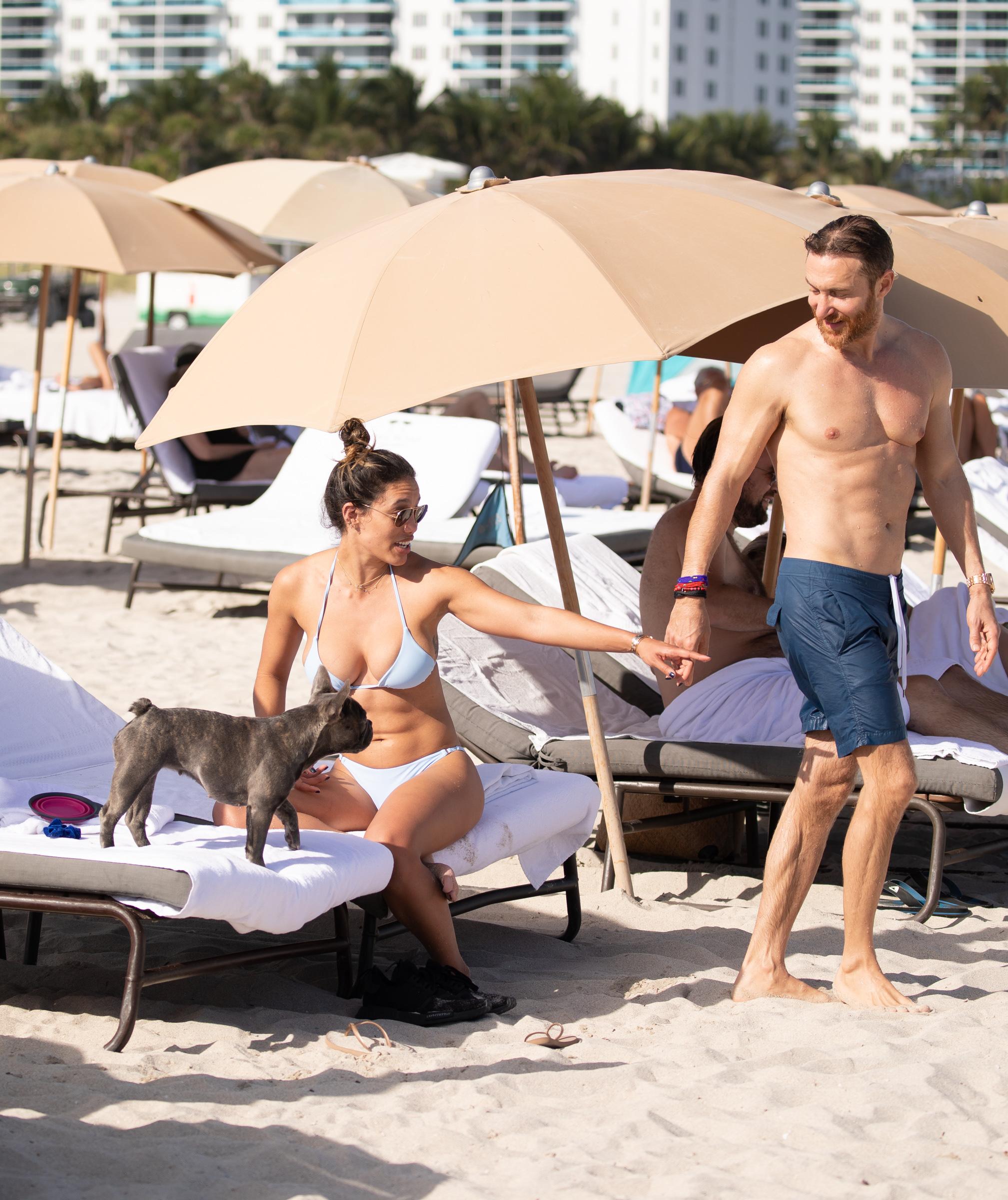 David and Jessica were seen playing fetch with their adorable dog – and the DJ was even spotted taking the pooch to cool down in the ocean.

After taking a dip in the sea, the pair sprawled out on the loungers and indulged in some coconut water fresh from the fruit.

The international hit-maker recently set up home in Miami after splashing out a cool $9.5 million on a luxury pad.

He shares his 13-year-old son Tim Elvis Eric and nine-year-old daughter Angie with the events organiser. 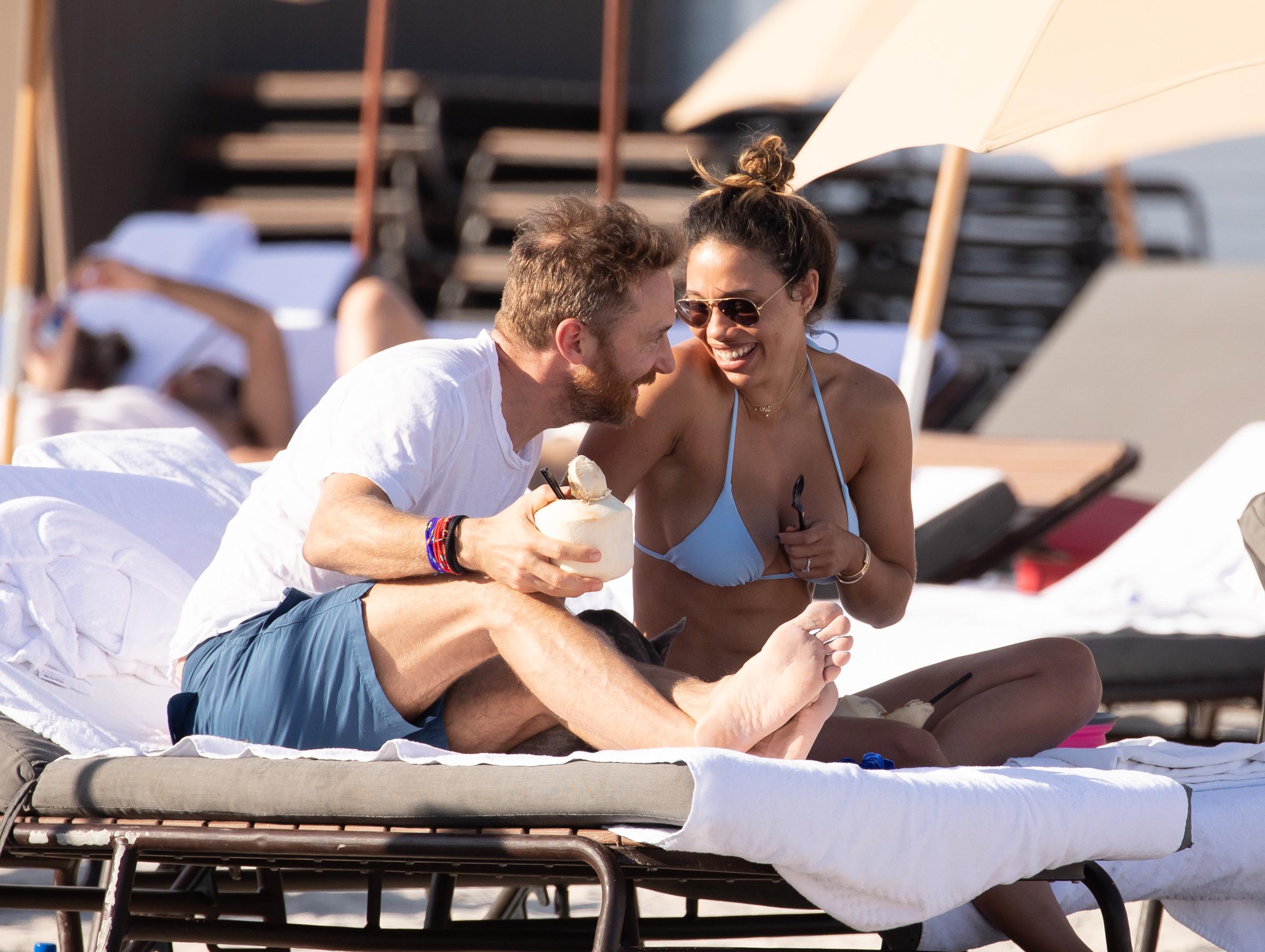 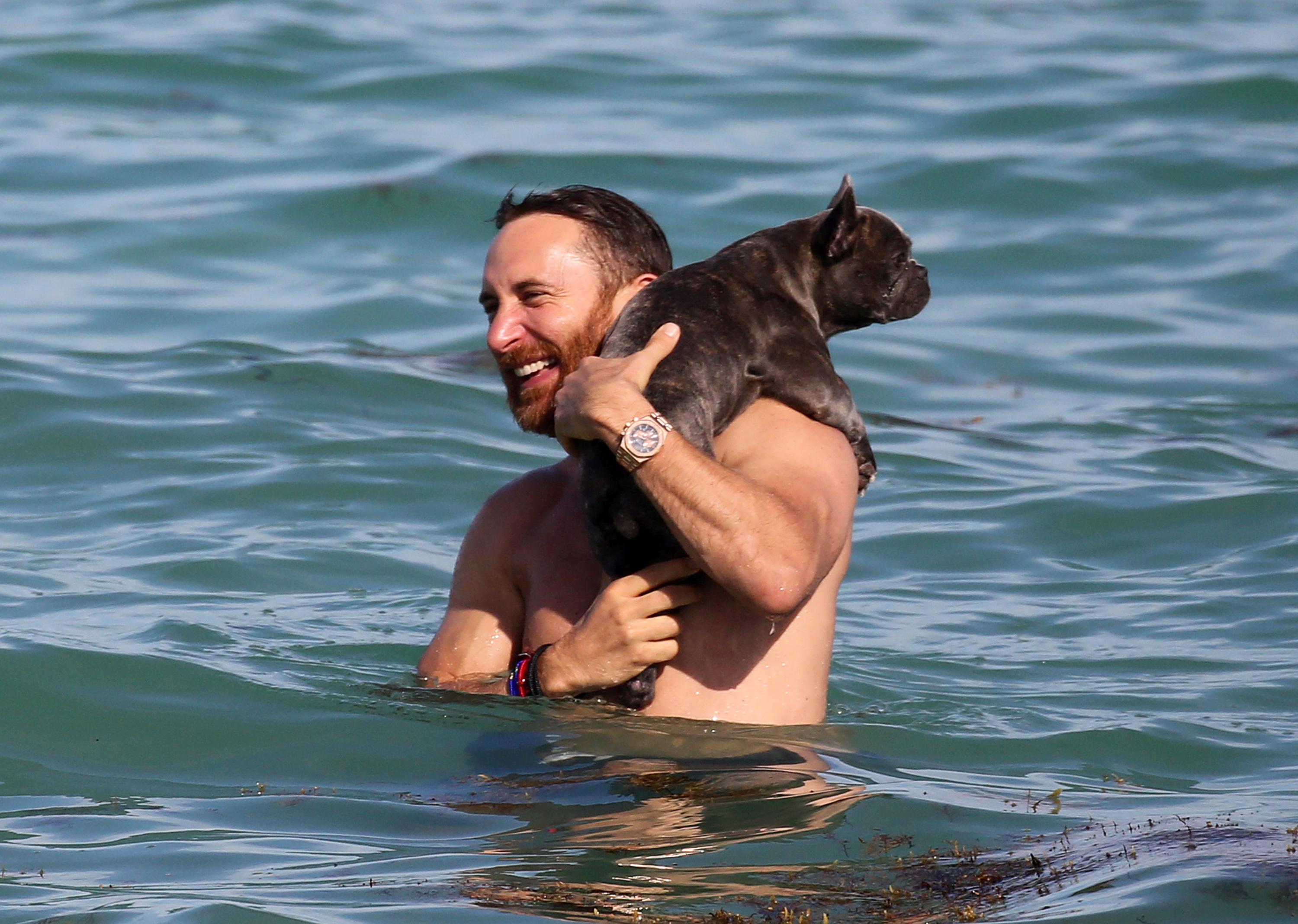 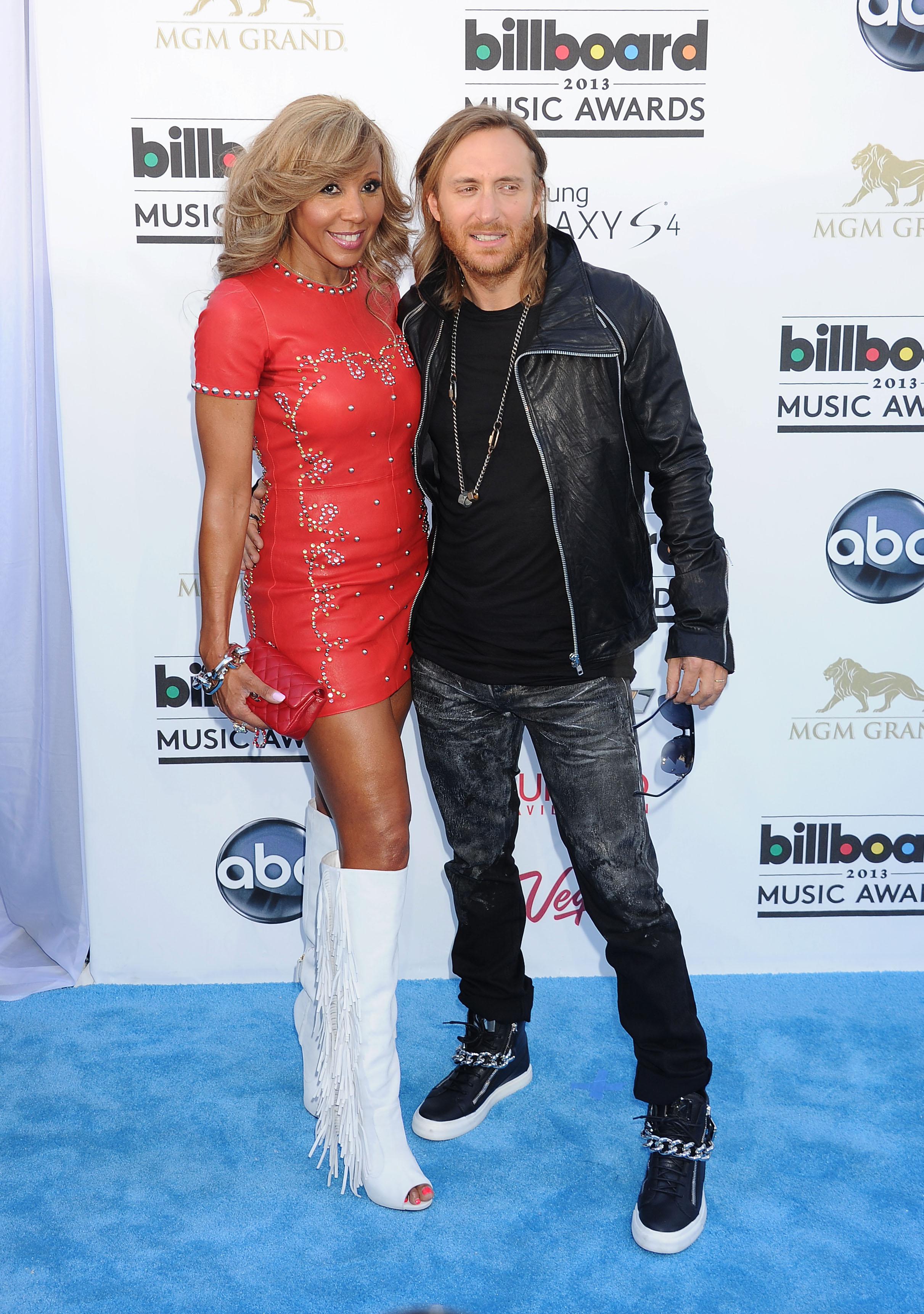 But despite putting on a loved up display with his stunning girlfriend, just last week it was reported that David was caught using celeb dating app Raya.

He was spotted using the exclusive app at the MTV EMAs in Bilbao earlier this month.

Just three days later Jess posted a birthday tribute to him on Instagram.

Alongside loved-up snaps of them kissing, pictured, she wrote: “Happy birthday my love! You are love and light in everyone’s life, specially mine! Love you so so much.”

Raya is an app used for dating by celebs. Amir Khan, Olly Murs and Lewis Hamiltonhave been on it.

David, who released his album 7 in September, is expected to stay in the US following a series of performances in Dubai and Europe.

Apple Watch Series 7 review: No new design but still the best ever smartwatch