Home » TV & Movies » Days of our Lives spoilers for next week: Will informs Paul his memories are back, Abi knows Gabi is sabotaging her, Steve and Kayla are torn apart, Lucas is going to be a daddy! 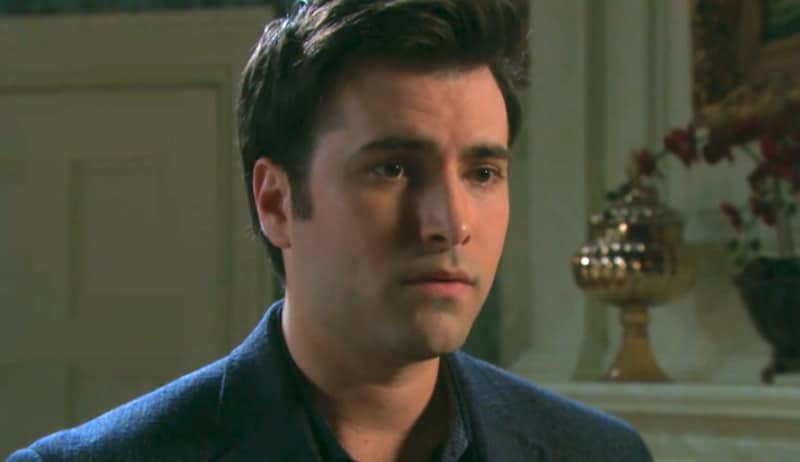 Days of our Lives spoilers for next week’s NBC soap promise that a fan favorite couple are busted up, a former amnesiac is no more, and two frenemies play a dangerous game.

First up, Gabi (Camilla Banus) isn’t as sly as she thinks she is. Abi (Marci Miller) is on to her and tells someone her fears. Will Abi and her confidant team up to take Gabi down once and for all?

What in the world did Patch (Stephen Nichols) and Kayla do to deserve being torn asunder? It’s official: Nichols is off the show as of last week’s unceremonious arrest of his character Patch.

Marlena (Deidre Hall) isn’t out of the woods yet. Although the staff try heroic measures, Doc has a crisis that may result in her demise.

Elsewhere, Will (Chandler Massey) finally does the right thing and informs Paul (Sean Christopher) that his memories have returned. Paul is gobsmacked and afraid of what this means for their relationship.

Spoiler alert: Someone close to Lucas (Bryan Datillo) is pregnant!

Days of our Lives airs weekdays during the day on NBC.

‘Is anybody coming out?’ Protest ‘people’s court’ fizzles out

'Dancing With The Stars' Spoilers: Season 26 Debut Gets Athletes Off To Intense Start, First Eliminations Loom