When Death in Paradise returns for its eighth season next year, one of the most beloved members of the Saint Marie police force will be missing.

Danny John-Jules, who plays Officer Dwayne Myers, will be departing the show after anchoring the series through the Ben Miller, Kris Marshall and Ardal O’Hanlon eras of the crime procedural.

Fresh out of the academy, Ruby immediately rubs some of her co-workers the wrong way as she discovers that policing the island doesn’t leave much room for error. 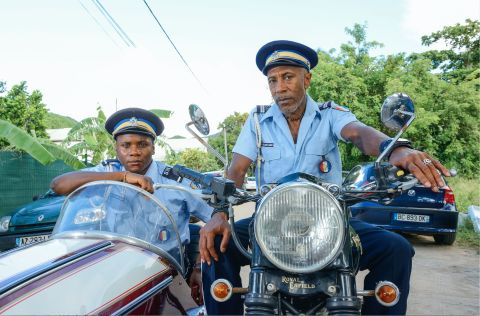 “There is nothing quite like Death in Paradise on TV and it hasn’t quite sunk in yet that I’ve joined such a massively popular show. It’s given me a butterfly or two but I’m very excited,” actress Shyko Amos said today (April 25).

“Officer Ruby Patterson is a bundle of joy! I am very excited for Death in Paradise viewers to experience her as the new member of the already amazing law enforcement team of Saint Marie.”

Series producer Tim Key added: “We’re delighted to welcome Shyko to the team. She’s a really exciting young actor who has already made a huge impact on set as Officer Ruby Patterson.

“We’re very sad to have said goodbye to Danny, whose brilliant performance as Dwayne has helped make the show such a success. We wish Danny all the very best and look forward to working with him again. But it’s wonderful to be back in Guadeloupe with our fantastic cast and crew to get stuck in to some more intriguing murder mysteries in the Caribbean sun.

“We can’t wait for the audience to see what we’ve got in store.” 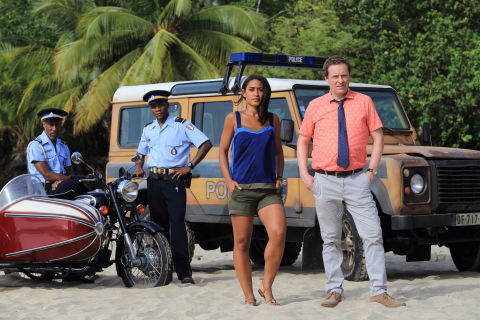 Filming on Death in Paradise‘s eighth season is underway now, ahead of its return to BBC One in early 2019.

Video shows final moments of Himalayan climbers before their deaths

Olivia Wilde & Harry Styles Were Reportedly 'Very Careful' About Their Relationship While Working Together!

Experts explain your risk of laptops, phones and smart speakers spying on you