The pair was spotted making a dash for it as the heavens opened, but Dec made sure to keep Rocky safe. 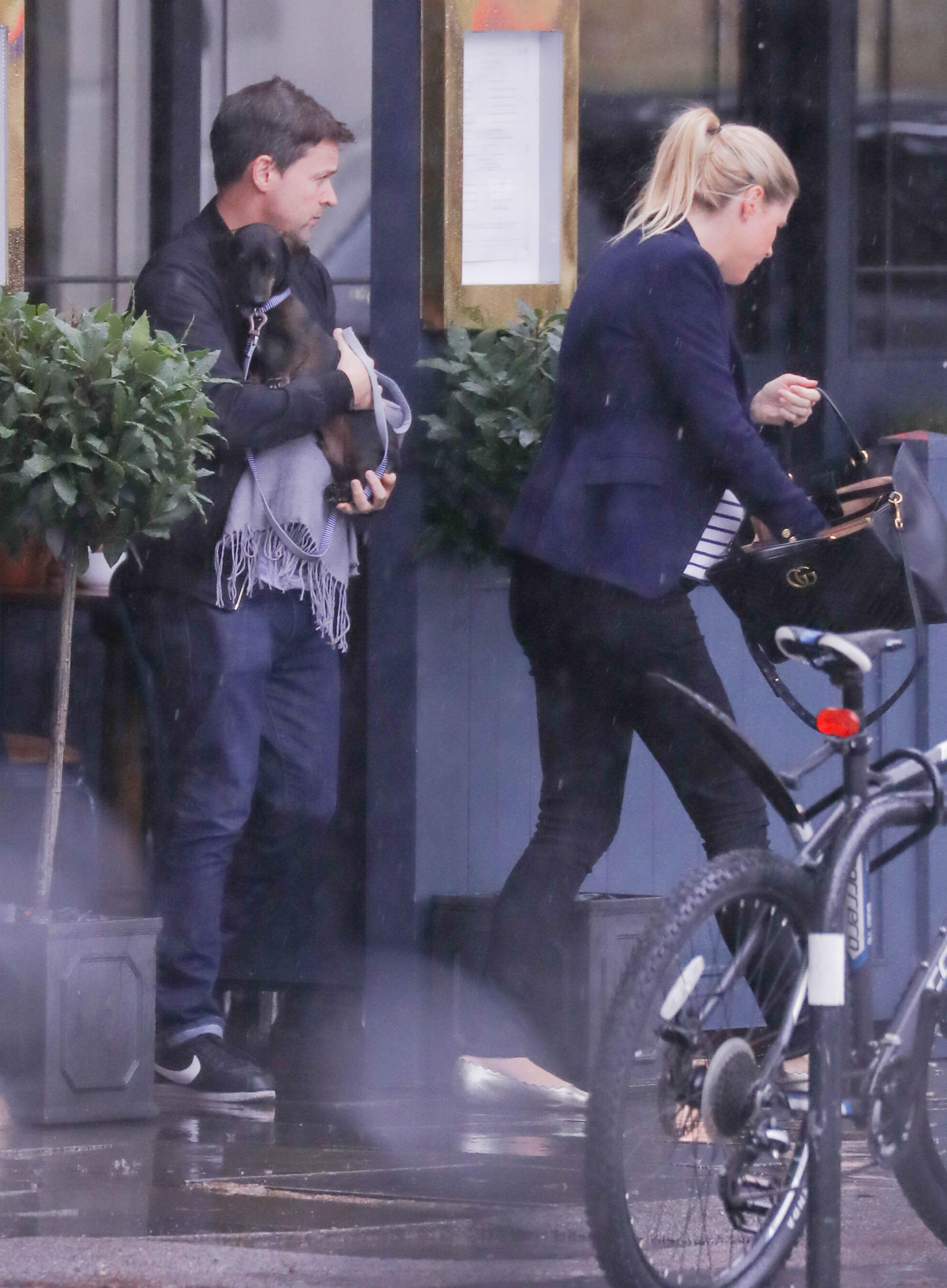 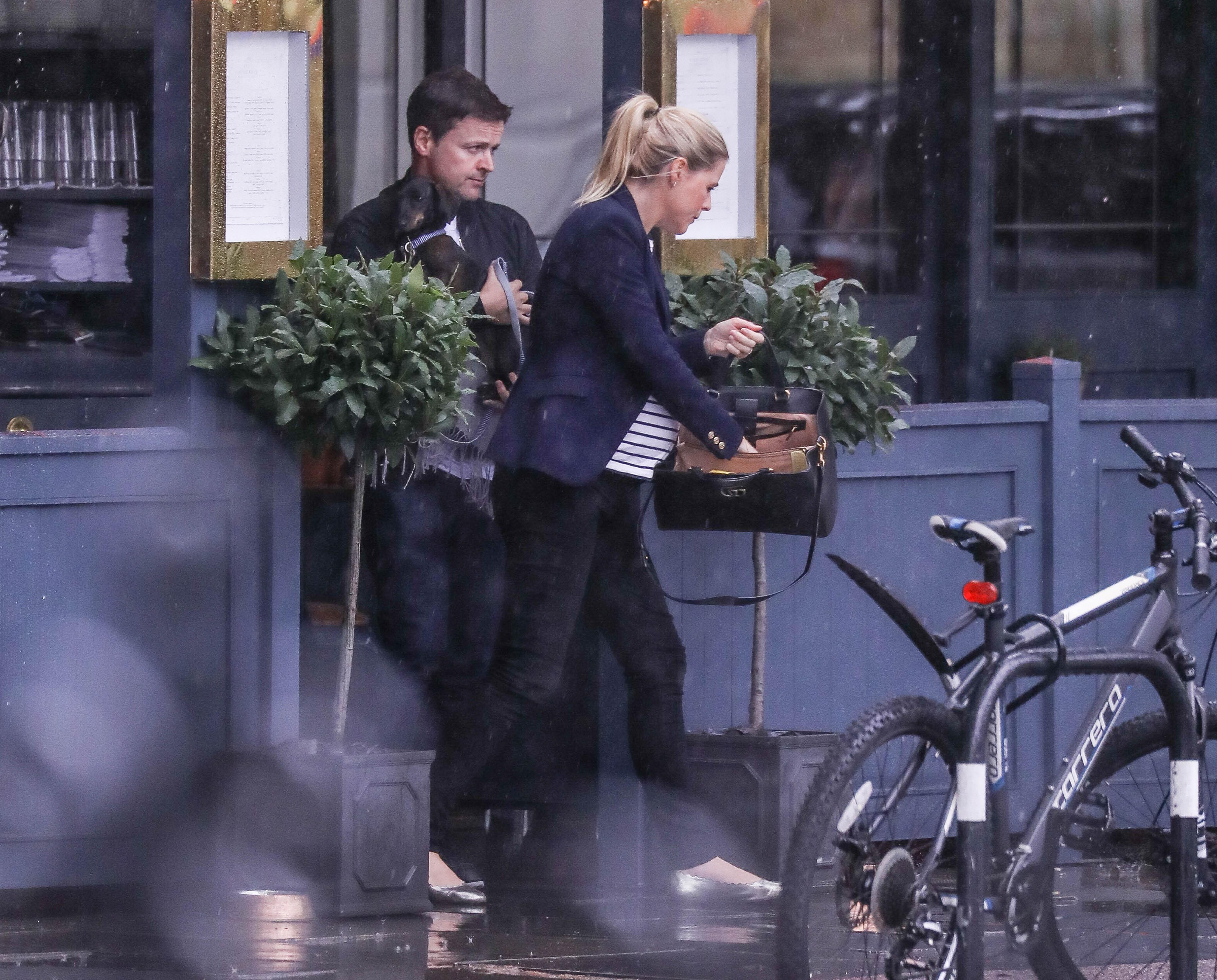 The pair colour coordinated in navy blue denim as they headed home.

Dec wore a navy jacket and jeans, while Ali wore denim jeans and a navy blazer.

Dev carried Rocky, wrapped in a grey blanket, as the pair headed to their car.

Wife Ali is around eight months pregnant and is due to give birth to their first baby next month. 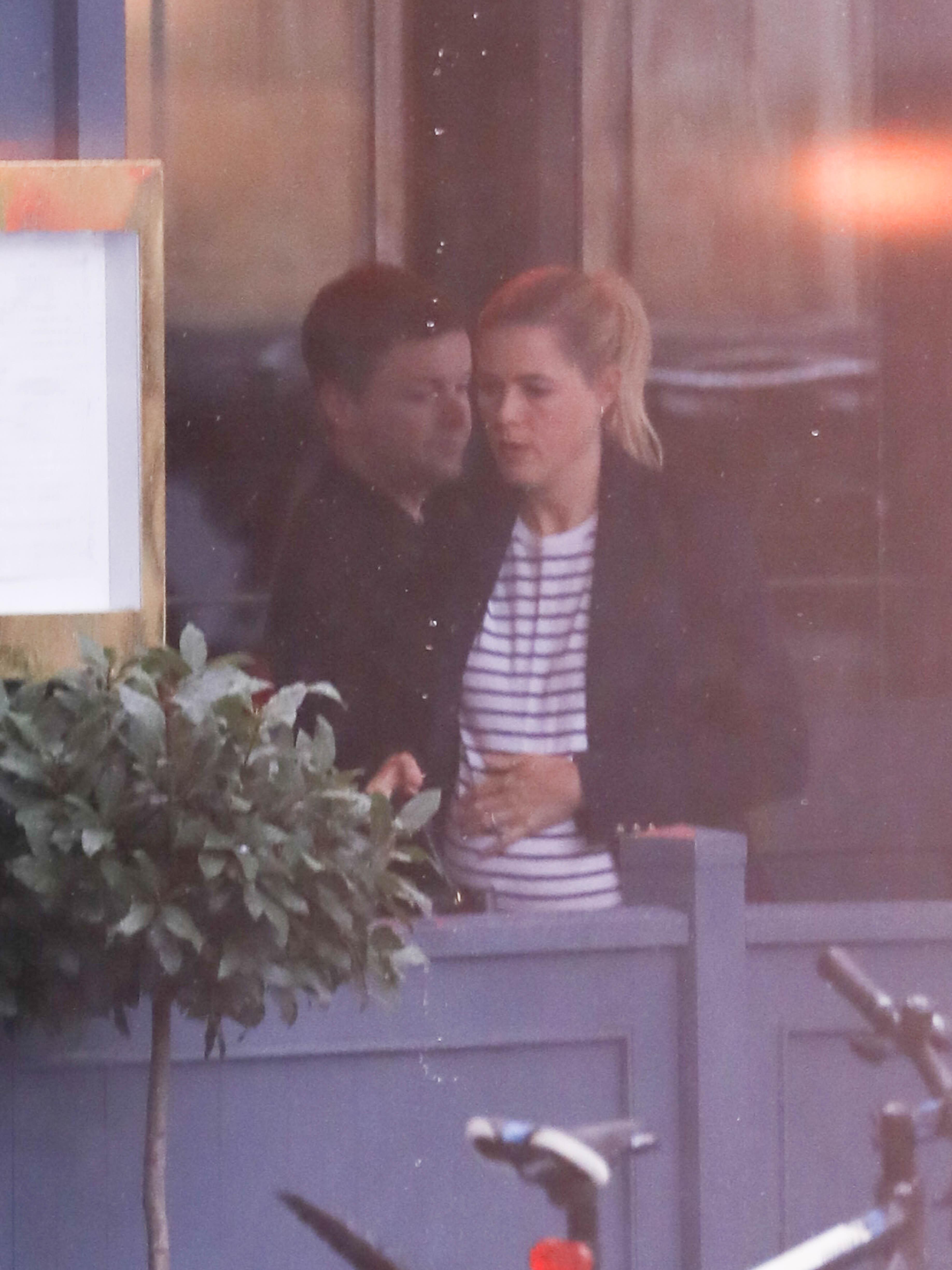 The expectant couple attended the Bafta TV Awards on May 13 and revealed that their baby is due in September.

The pair spoke publicly for the first time about their new addition, with Dec beaming and Ali confirming the due date saying, “I just wish it would come out now, that we could fast-forward to having the baby. We want to get on with it – we can’t wait.”

Dec will fly out to the I’m A Celebrity… Get Me Out Of Here! jungle to present the show when his new son or daughter is just three months old.

He is reported to be joined by Holly Willoughby this year as presenting pal Ant McPartlin takes a break. 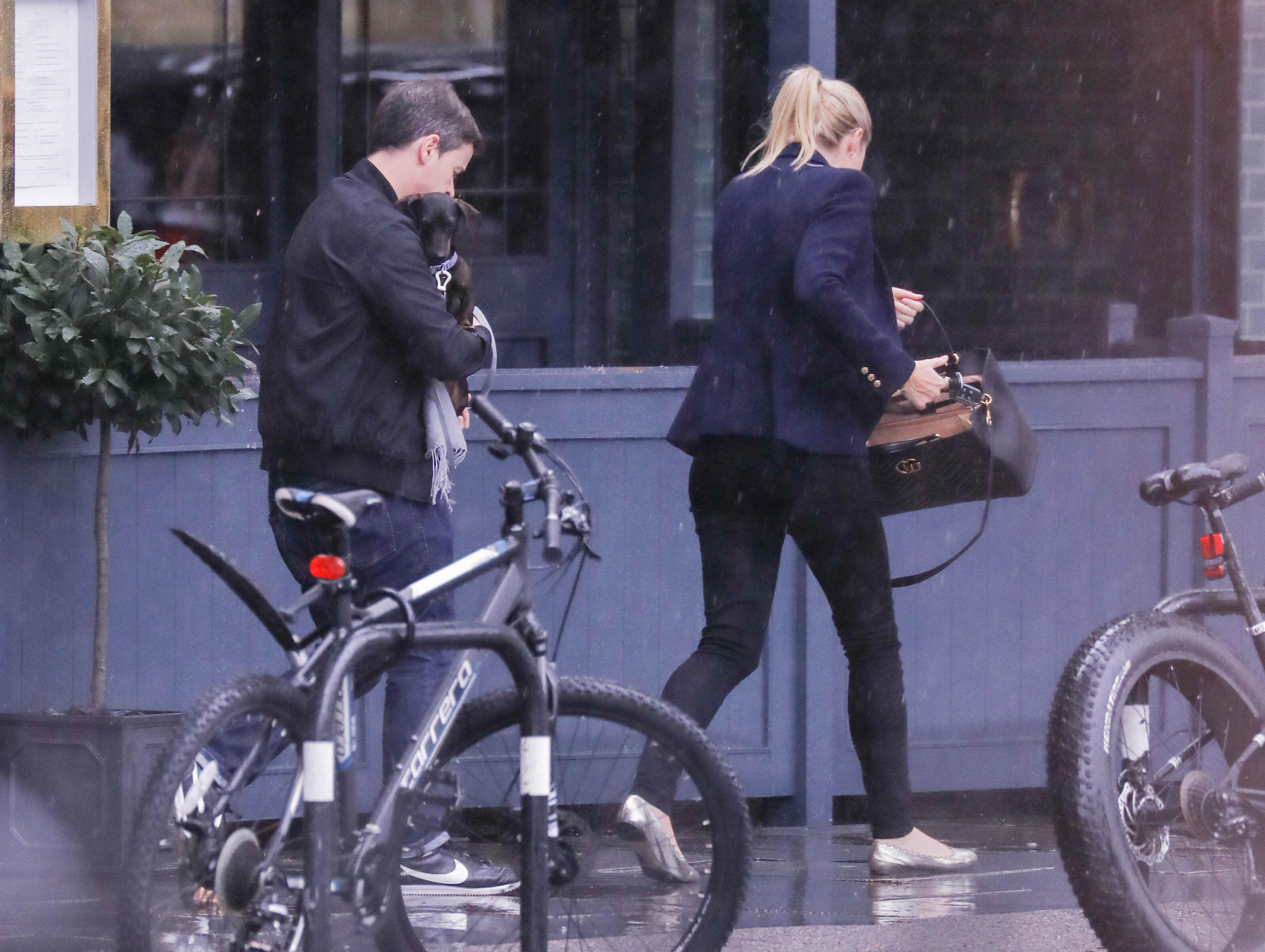 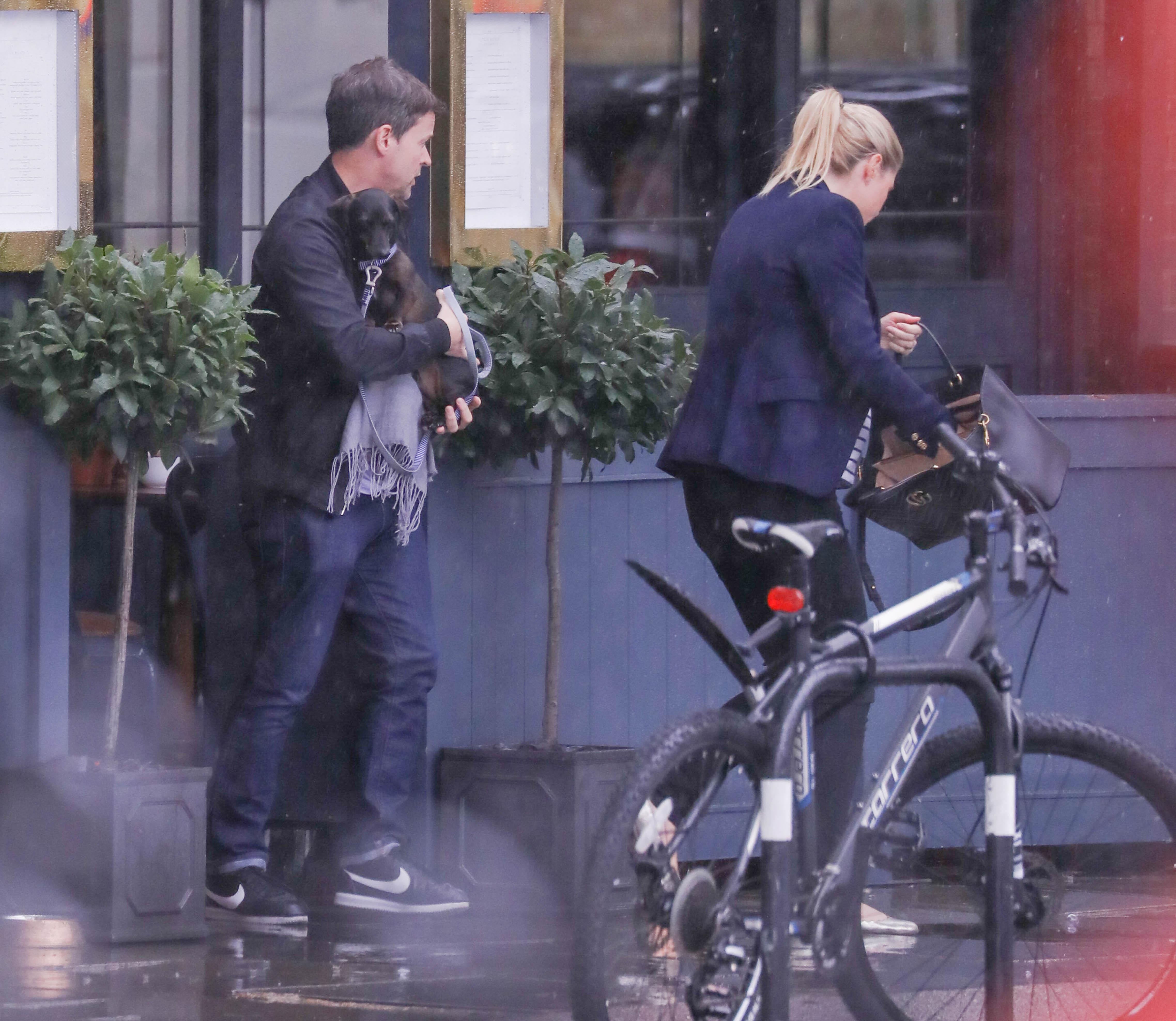 A source told The Mirror: “Holly is 100% confirmed to be going into the Jungle this year as Ant's stand-in.

“They've taken their time announcing it as they wanted to be sure Holly could fit it in with her family and other work commitment.”

A spokesperson for Holly said the report was “just speculation”. 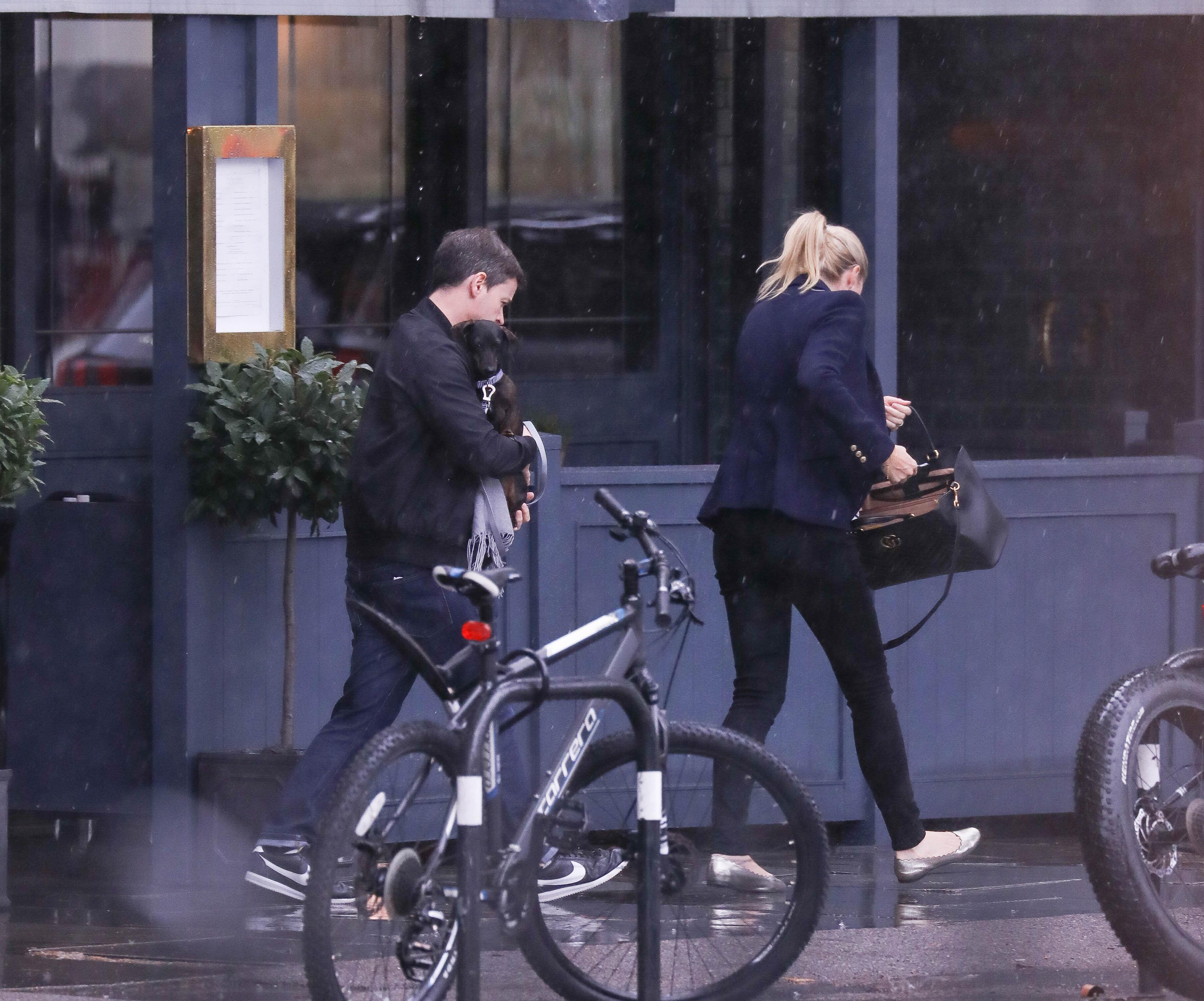 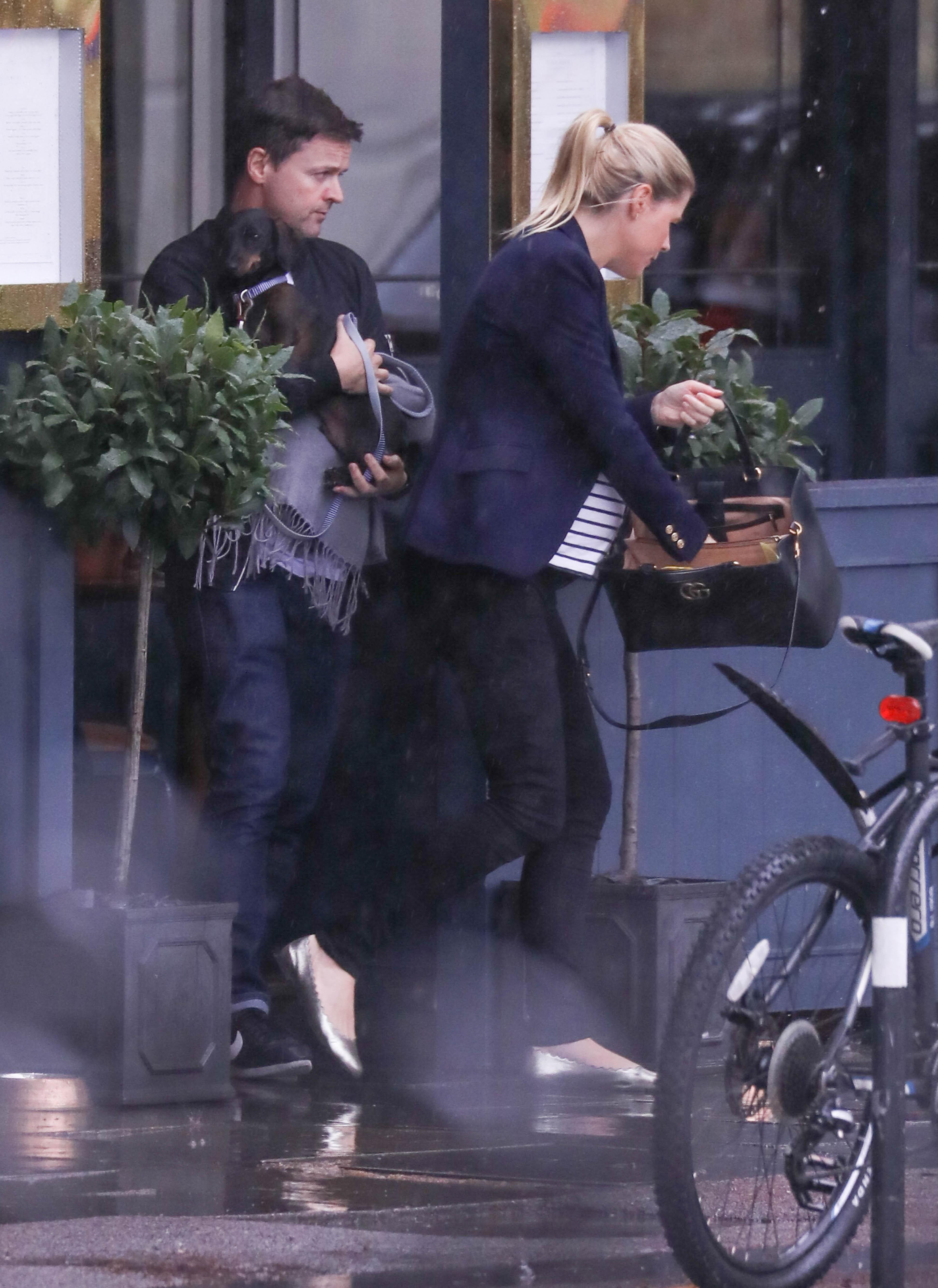 Earlier this week The Sun exclusively revealed how the This Morning star was ITV’s prime target to stand in for Ant, who is taking time off from TV until next year.

Holly was the only star in talks for the role — with bookies’ favourites Caroline Flack,38, Davina McCall, 50, and Stephen Mulhern, 41, all ruled out by ITV chiefs.

Former jungle queen Scarlett Moffatt, 28, was also rumoured to be in the mix, but she will remain on the spin-off show.

A source told The Sun: “Holly is far and away the front-runner and talks are at an advanced stage. Not only is she loved by ITV bosses and the nation, but she is also one of Ant’s closest friends.

“Flying the flag for him in his absence means the world to her.”

Sun Online previously revealed that Ant McPartin's ex Lisa Armstrong is sharing her heartache over the breakup of her marriage on Twitter.

'Sex and the City': Were Charlotte York and Samantha Jones Ever Really Friends?

This Timeless Jewelry Trend From Maya J Is Only $19.99

Who is Art Parkinson? Meet Game of Thrones and The Bay actor