Home » TV & Movies » Demi Lovato, Darren Criss and Taylor Swift had an awkward night at the Billboard Awards as celebs openly threw shade at each other

While a few years ago celebs would go out of their way to be nice to each other’s faces, it seems now it couldn’t be more different. 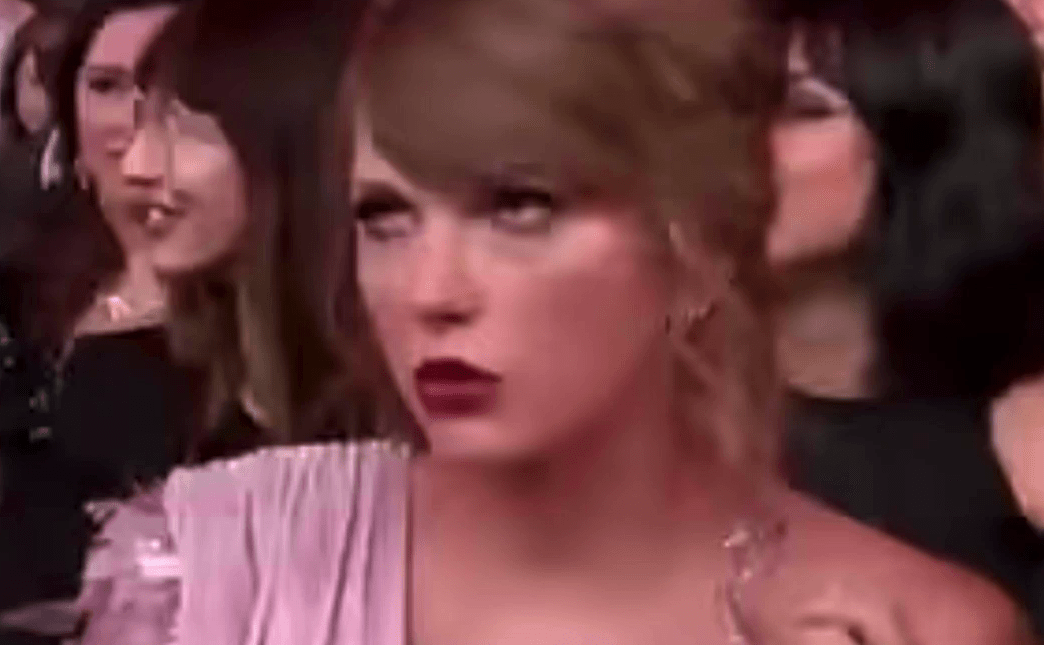 Throughout the epic two hour ceremony in Los Angeles on Sunday night, so much shade was thrown we worried we’d never see the light of day again.

From seriously obvious eye rolls to some of the start venting their spleens on social media – the Billboards was painful for so many reasons.

Taylor Swift cleared up on the night, alongside Ed Sheeran and Kendrick Lamar. And Janet Jackson put on a performance of a lifetime. But all we can think about is the shade. And there is so much of it. 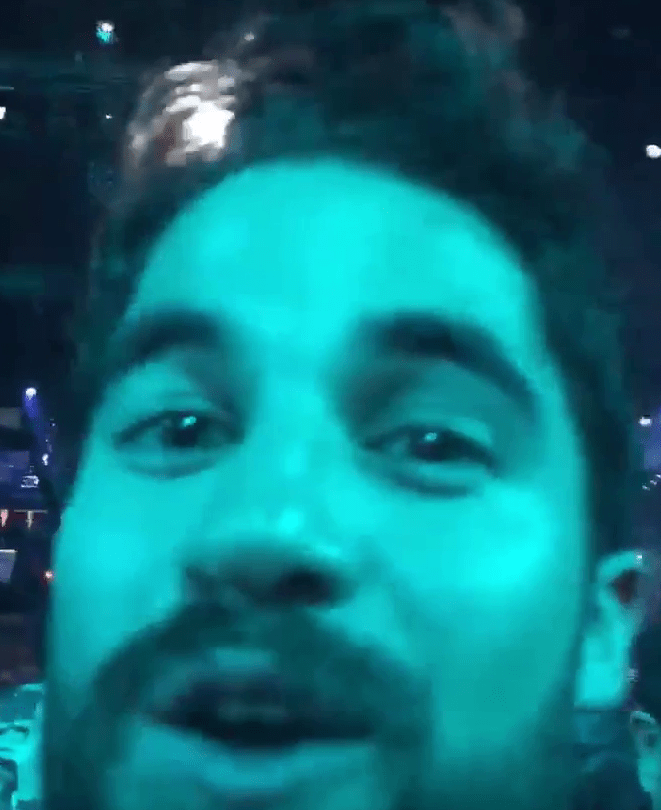 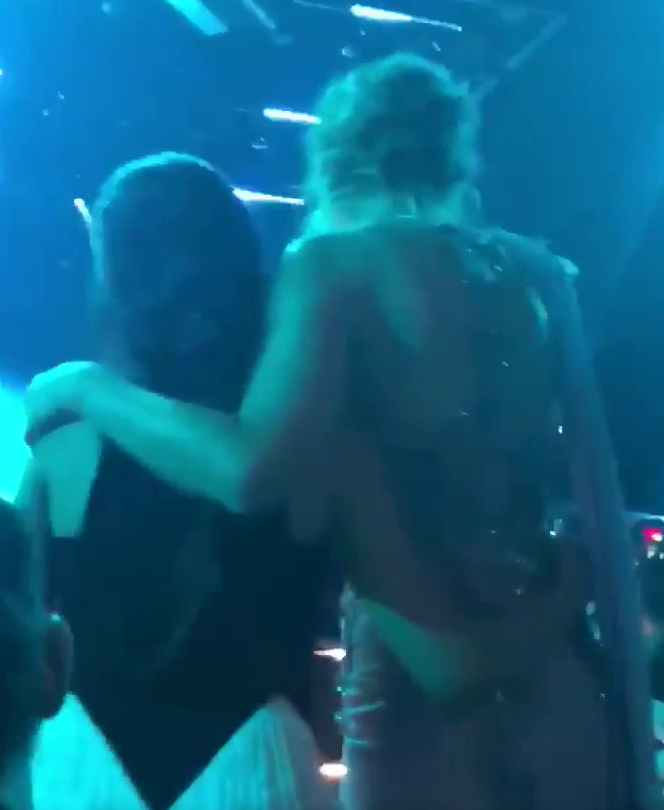 You’re trying to watch someone in concert and some idiot and their mates start dancing around in front of you and block your view. We’ve all been there, right?

But for actor Darren, he was stuck with Taylor Swift and a friend – who wouldn’t sit down despite him repeatedly shouting I can’t see.

Cue a very awkward Instagram video where he moaned about their behaviour very loudly, before quickly turning his camera around when Taylor spotted what he was doing and shot him a look. 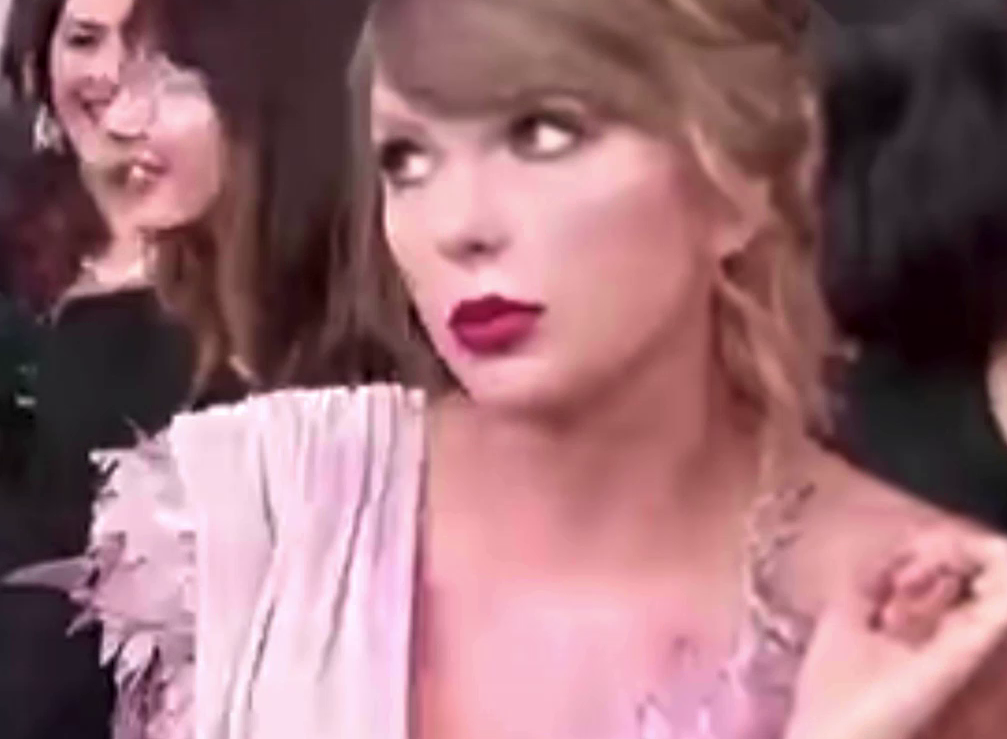 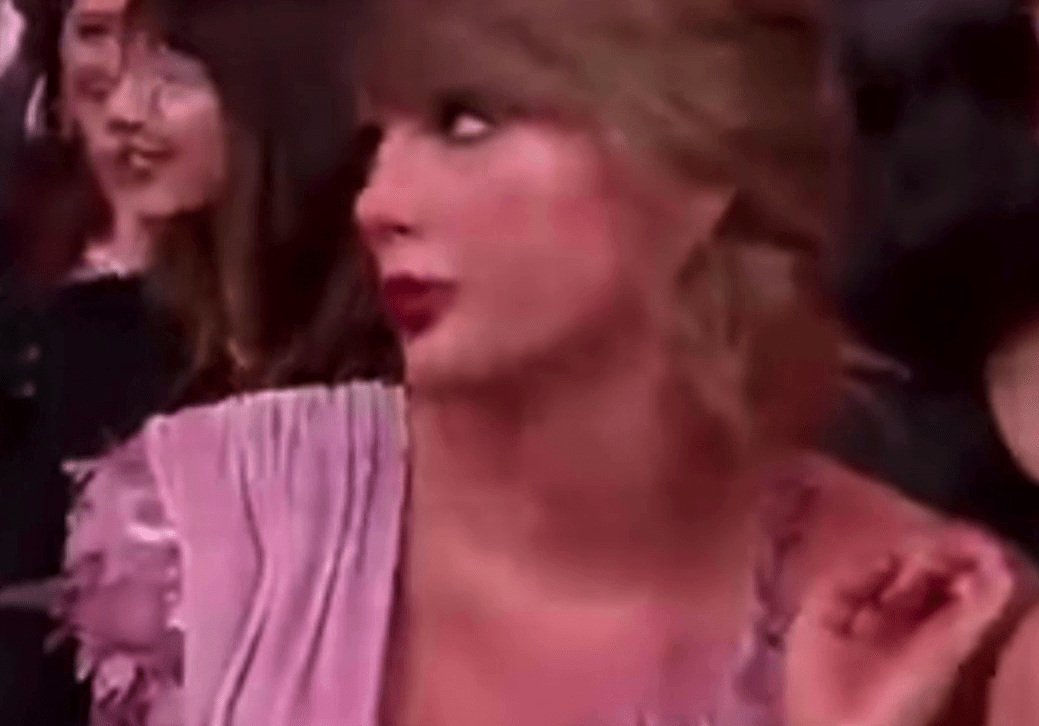 After being shamed by Darren, Taylor didn’t seem to be in the best mood – despite walking away with two gongs on the night.

When Kelly Clarkson got on up stage to perform, she paid tribute to Taylor by belting out one of her biggest hits – Look What You Made Me Do.

But Taylor wasn’t impressed and gave the most obvious eye roll when the cameras were aimed straight at her.

Of course she then started to laugh very loudly in an awkward fashion. A joke, Taylor? We think not. 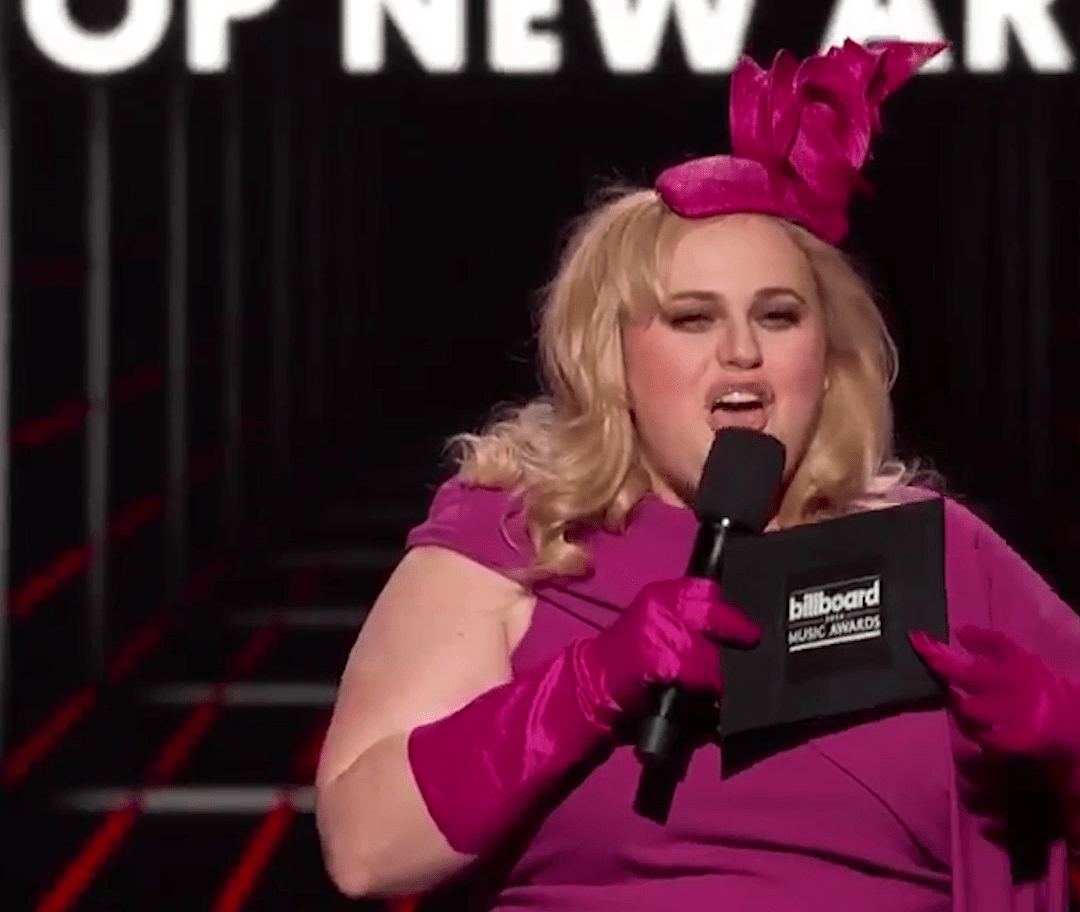 She's regarded as one of the funniest women in showbiz, but the Australian actress bombed when she was on stage.

A badly timed joke about the Royal Wedding raised more eyebrows than laughed.

Rebel told the audience: “I said to Prince Harry, 'Do you want to see my pink bits?'” and pointed to her outfit.

Even she knew how badly it went, quipping to the audience: “He got it. And so did half of you…” 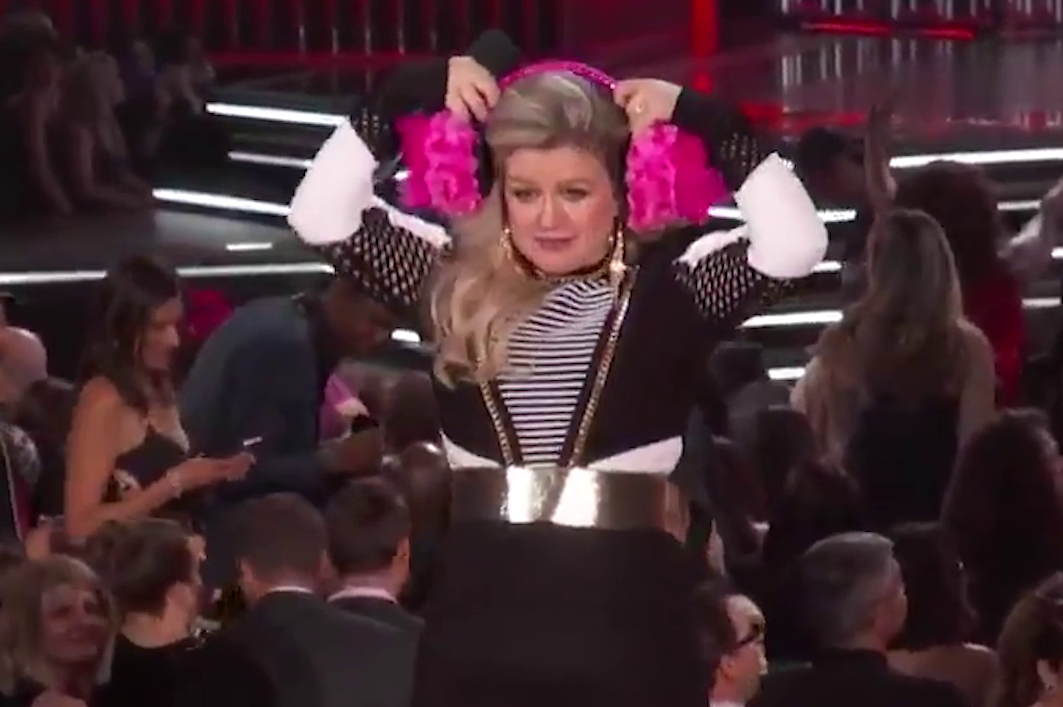 She’d already been given a cold shoulder by Taylor, but it seems Kelly was more than happy to give the whole audience of BTS fans her own.

Rather than having to listening to the screaming fans while she prepared to present a segment about Korean boyband BTS, she brought along a pair of noise cancelling headphones.

When the cameras came onto her, Kelly explained: “I came prepared, that’s right! 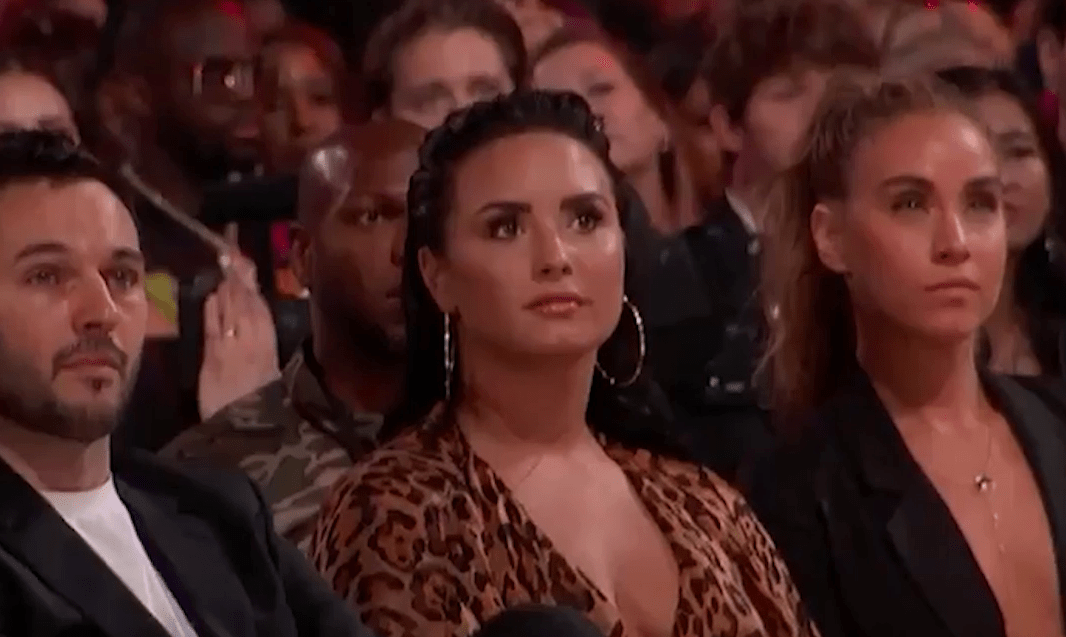 There’s always going to be a time in your life when you have to sit and listen to someone you really don’t like.

Most people smile and keep their lips firmly sealed but not popstar Demi.

She scowled during Taylor’s acceptance speech when she told the audience she was “inspired by strong women”.

Demi previously called out Taylor and her girl-gang in an interview with Glamour Magazine, and lashed out over her “silence” when Kesha made a number of allegations against music producer Dr Luke.

We think it’s safe to say there’s still a lot of bad blood. 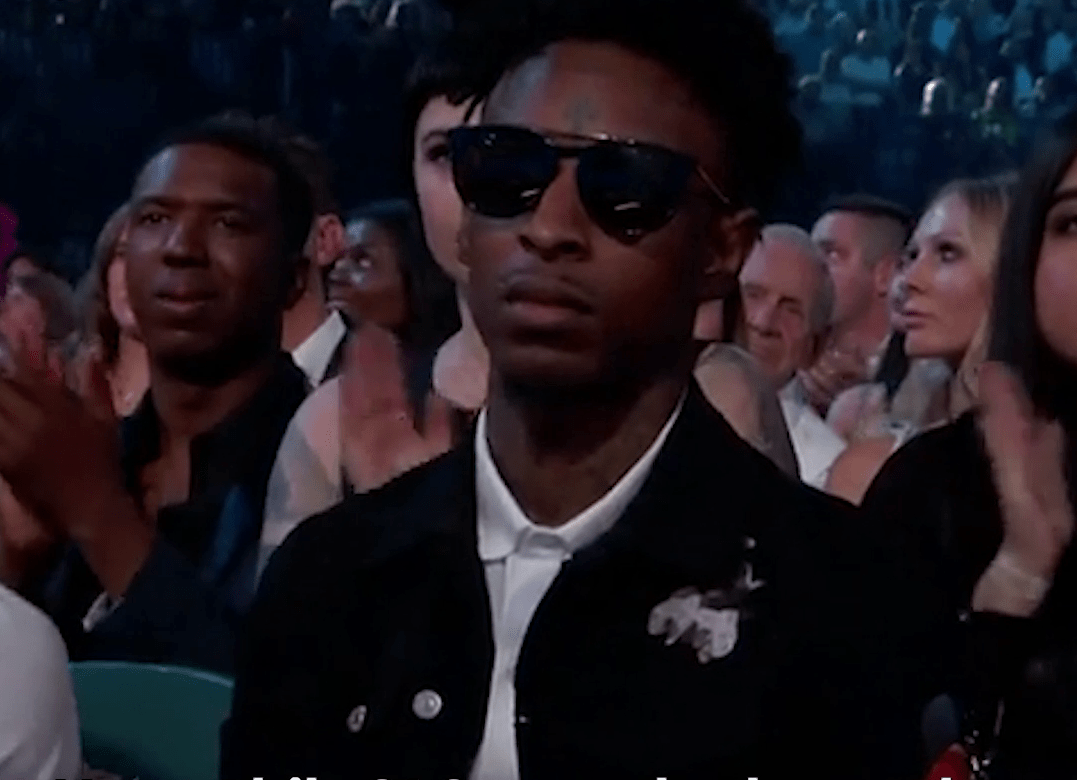 Even a room filled with kittens and puppies wouldn’t have cheered up rapper 21 Savage during the ceremony.

He looked absolutely mutinous when he discovered he’d been beaten to Top Hot 100 Song gong by Luis Fonsi & Daddy Yankee for their track Despacito with Justin Bieber.

The rapper refused to even clap and sat staring angrily at the stage while the winners collected their award. 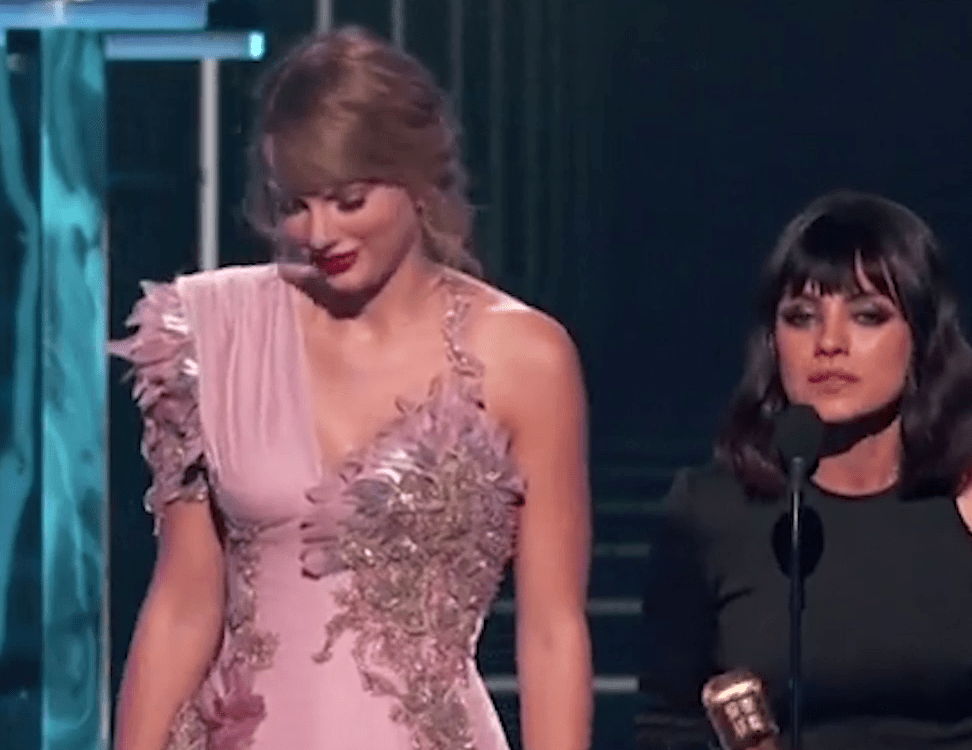 The actress looked like a rabbit in headlights when she presented Taylor with a gong.

Although the pair have never publicly feuded, there was a definite chill on stage when Demi invited Taylor up.

When a montage of her best bits had ended, Mila turned to Taylor and awkwardly said: “Erm, here you go!”

Taylor looked stunned and laughed before muttering: “Well, thanks…”