It happened after Janice Robinson was revealed as the third person leaving the competition. 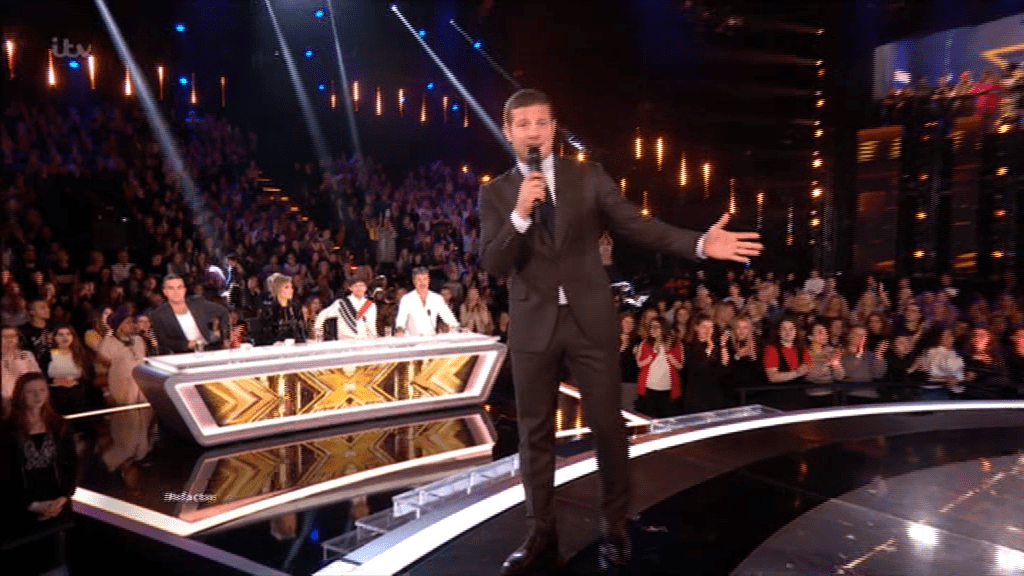 Although it’s not known who shouted the profanity, it was picked up by the microphones surrounding the stage.

When the show came back from an advert break, Dermot said: “Before the break you might have heard some bad language.

“I am sorry about that.I have to apologise to anyone who heard any bad language a moment ago. Ayda Field looked devastated when Janice was told she got the least votes at the start of the episode.

The US singer gave an emotional speech and said she believed her journey was only just beginning.

Janice explained: “I'm a child of God and when one door closes I trust and believe that God is going to open another door.

“I'm so proud to be an inspiration to everyone around the world for my daughter who is visually impaired and blind, she can't see me but she can see me with her heart.” “I thought she shut the house down last night.”

Last night’s episode was shrouded in controversy after Danny Tetley made a sly jibe at his co-stars for their song choices.

He ranted on stage following his performance on Madonna’s Crazy For You after it was panned by Simon Cowell, Louis Tomlinson and Robbie Williams.

Hitting back, Danny told them he was pleased he had “actually taken a risk” before claiming some of the other contestant’s song choices were “questionable” as “real guilty pleasures”.

A Third Movie About Prince Harry & Meghan Markle on Lifetime Is Coming & It Will Be About This!