Home » TV & Movies » Did you spot this amazing Doctor Who Easter egg in Netflix's The Haunting of Hill House?

Note: Mild spoilers follow for The Haunting of Hill House.

Terrifying new horror series The Haunting of Hill House has just dropped on Netflix and undoubtedly will become your latest binge.

From horror supremo Mike Flanagan (Ouija: Origin of Evil, Gerald’s Game), the ten-part series tells the story of Hill House, the family that resides in it and the ramifications they face over the years as a result of their terrifying experiences.

But fans of a certain BBC sci-fi series may be surprised to learn that the new Netflix show references Doctor Who in a major way.

In episode two, the Crain family have to deal with a dead kitten – the cat had been newly-adopted by one of the children, Shirley, who was having a tough time dealing with death for the first time. 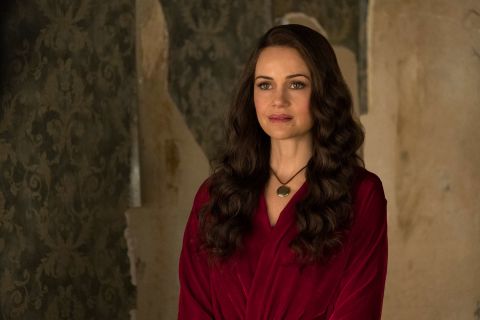 Her mother Olivia, played by Carla Gugino (pictured above) offered these words of remembrance for her grieving daughter: “When we die, we turn into stories. And every time someone tells one of those stories, it’s like we’re still here, for them. We’re all stories in the end.”

That’s right, Who fans – We’re all stories in the end.

It’s a line first heard uttered by Matt Smith’s Doctor to a young Amelia Pond in the 2010 episode, ‘The Big Bang’: “I’ll be a story in your head. But that’s okay. We’re all stories in the end. Just make it a good one, eh?”

You can watch Matt’s take on it below.

Anyone else feeling nostalgic?

Digital Spy reached out to former Doctor Who boss Steven Moffat, the man responsible for writing the iconic quote, for comment.

He exclusively told us: “If that line is a deliberate tribute, I am extremely touched.”

Moffat, who is adapting The Time Traveler’s Wife for HBO, added: “[But] if it’s just a case of two writers coming up with the same idea (happens all the time) then I’m hugely embarrassed to have been so presumptuous and will hide in this cupboard for the rest of the day. Now, go away, leave me alone.” 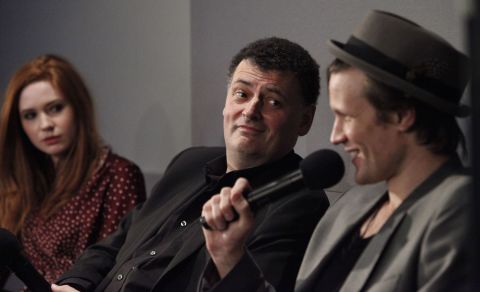 Above: Moffat with Karen Gillan and Matt Smith

The Haunting of Hill House showrunner Mike Flanagan is a self-confessed “major Whovian” and even cast former Doctor Who companion Karen Gillan (Amy Pond) in his 2013 film Oculus. So it’s highly unlikely that this is sheer coincidence, and most likely a brilliant and loving homage.

And, as Matt Smith’s Time Lord himself said: “Never ignore a coincidence.”

The Haunting of Hill House is available now on Netflix.

George R. R. Martin Just Wrote The Most Cryptic Blog Post About The Next ‘Game Of Thrones’ Book

Women are flocking to priesthood in increasing numbers