Plagued by a couple weeks’ worth of negative feedback, X Factor singer Brendan Murray seems to have come out the other side in impressive form.

Offering his tender rendition of ‘Everybody Hurts’ by REM tonight (November 10), the plumber-cum-singer seems to be building himself quite the fanbase on social media.

His delicate performance had all the audience swaying along, before they burst into rapturous applause.

Following his performance, all four judges were super-complimentary in their assessments, with musical icon Nile Rodgers – who was filling in for Robbie Williams on the panel – telling Brendan that he’d “love to record” him in the studio.

Several viewers posting on Twitter believe this across-the-board praise was long overdue, as you can see by some of these comments.

We guess the real question is: does Brendan really stand a chance against Louis Tomlinson’s other singer, Dalton Harris?

Elsewhere on tonight’s live show, Louis was called out on social media for his choice of clothing. His yellow and black jumper appeared slightly reminiscent of one particular Hogwarts student. 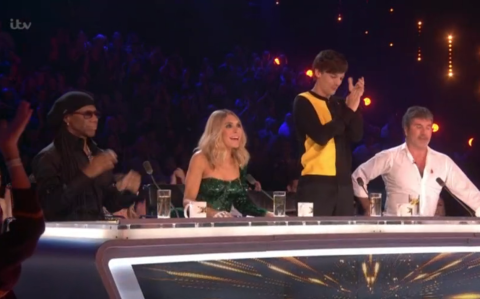 Regardless of his tragic fate in Harry Potter, viewers of The X Factor believe Cedric Diggory is not only alive and well, but was in attendance during tonight’s musical contest.

iPhone 12 with larger screen predicted to be best-selling model

‘Sherman’s Showcase’: One of TV’s Best Comedies Has Artists Working at Every Level