Home » TV & Movies » Doctor Who season 11 air date, cast, episodes and everything you need to know

The Peter Capaldi era is over – as is Steven Moffat’s tenure as Doctor Who showrunner. We’ve had the Christmas special and only have to wait a few months before the next series arrives – a handful of heartbeats to a Time Lord.

Here’s everything we know about series 11 so far. 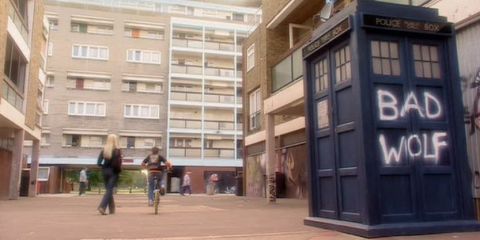 Doctor Who season 11 release date: When will it air?

Capaldi’s last episode – and that of Steven Moffat, series boss since 2010 – aired on Christmas Day at 5.30pm on BBC One.

As the regeneration game goes, it was a winner.

This rough transmission date was eventually confirmed by the BBC itself in October 2017.

Previously, whenever the show has launched in the autumn, it’s started filming in the first week of that year – though shooting on series 11 began a little earlier than January 2018, commencing in late 2017 – around November time.

Doctor Who season 11 cast: Who will play the new Doctor?

Though he apparently came close to signing up for a fourth series, Capaldi regenerated last festive season… which means Chibnall’s first and most important job as showrunner has been to cast a new Doctor.

The Broadchurch writer has teamed up again with Jodie Whittaker, who becomes the first female star to play the iconic sci-fi role in Doctor Who‘s 54-year history.

After months of auditions, she made her debut as the Thirteenth Doctor in the 2017 Christmas special with just two words in that unmistakable Yorkshire accent.

(According to Jodie, there was never any talk of her playing the part in anything but her natural speaking voice.)

“I’m beyond excited to begin this epic journey – with Chris and with every Whovian on this planet. It’s more than an honour to play the Doctor,” she said.

“It means remembering everyone I used to be, while stepping forward to embrace everything the Doctor stands for: hope. I can’t wait.”

“I always knew I wanted the Thirteenth Doctor to be a woman and we’re thrilled to have secured our number one choice,” Chibnall added. “Her audition for The Doctor simply blew us all away.

“Jodie is an in-demand, funny, inspiring, super-smart force of nature and will bring loads of wit, strength and warmth to the role. The Thirteenth Doctor is on her way.”

Whittaker demanded the same pay as her predecessor Capaldi, noting that right now is “an incredibly important time” for women and that “the notion [of equal pay] should be supported”.

It’s unclear how many series she’s signed up for: Jodie’s said that she’s “not allowed” to discuss her Doctor Who deal in detail.

Whittaker’s striking outfit as the new Doctor was revealed on November 9, 2017, along with a first look at her slightly redesigned TARDIS (no St. John’s ambulance badge, plus the old ‘Pull To Open’ sign is now dark blue rather than white). 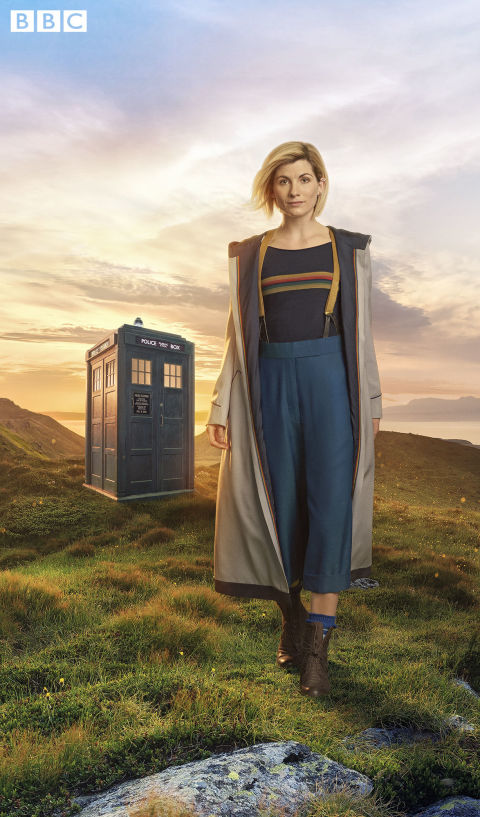 A second, similar image – but from a different angle – was unveiled on January 11, 2018 – posted by the Beeb on social media, it was accompanied with the caption: “Looking to the future…” 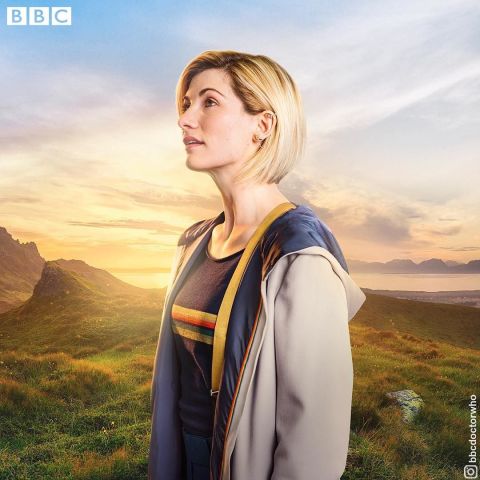 A little over a month later and Doctor Who revealed its striking new logo and insignia.

Chibnall said early on that he had “a very clear sense” of what he’s “going to do” – “We’ll cast the role in the traditional way,” he insisted. “[We’ll] write the script, then go and find the best person for that part in that script. You couldn’t go out and cast an abstract idea.”

Jodie’s casting ended months of speculation about who would be next to take control of the TARDIS, with former Doctor Who boss Russell T Davies letting it slip in early June that he knew who the next Doctor will be. 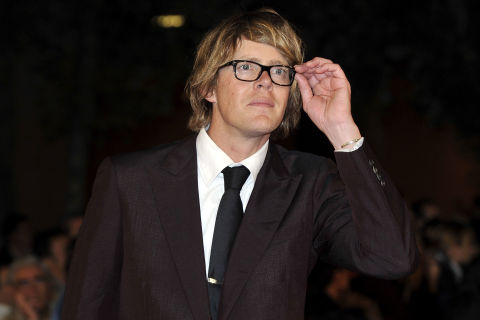 Among those to throw their hat into the ring before the announcement were Anthony Head, Sacha Dhawan and Alexander Siddig. Some went as far as to rule themselves out – including Richard Madden, Maxine Peake, Adrian Lester and Phoebe Waller-Bridge.

Before Jodie was announced as the Thirteenth Doctor, there had been considerable speculation that Doctor Who would have its first female lead – and Capaldi was among those who said he was keen on the idea.

“Anyone who has seen Jodie Whittaker’s work will know that she is a wonderful actress of great individuality and charm,” Capaldi added of his successor after the news broke.

“She has above all the huge heart to play this most special part. She’s going to be a fantastic Doctor.”

Doctor Who season 11 cast: Who will be the companion?

Chibnall’s not just introducing a new Doctor, he’ll be inventing his own companions too. 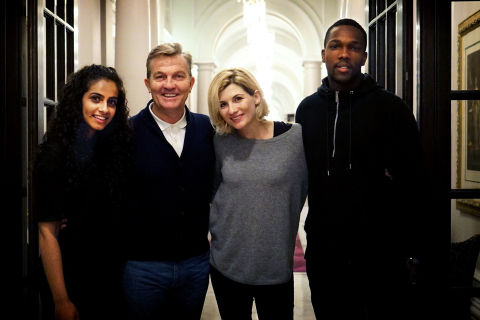 Tabloid speculation had first linked 57-year-old actor and TV host Walsh to a companion role in August of 2017.

Now best known as the host of hugely popular ITV game show The Chase, Walsh has been acting for almost 20 years, winning awards for his performance as copper Ronnie Brooks in ITV’s Law & Order: UK, the first series of which was overseen by Chris Chibnall.

Former Holby City star and Olivier Award winner Sharon D Clarke will also join Doctor Who for the next series, appearing in a “returning role”. 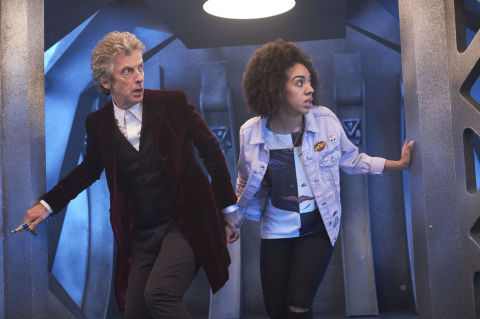 Back in April, the BBC refused to comment on tabloid reports that Pearl Mackie would be leaving the series, but series 10’s finale ‘The Doctor Falls’ did indeed see Bill Potts depart the TARDIS, to go travelling the universe with her love interest Heather (Stephanie Hyam).

She returned (sort of) in the 2017 Christmas special ‘Twice Upon a Time’ – before bowing out for good. “That’s it – Christmas special, last chance to see Bill,” Mackie confirmed in July at San Diego Comic-Con. “But, I mean, hey, it’s Doctor Who, so never say never!”

The Christmas episode also gave us the last of Matt Lucas as Nardole, with the actor confirming his departure on Twitter and in an official BBC video.

Michelle Gomez has likewise confirmed that she’ll definitely be retiring from the role of Missy after series 10 – so if Chibnall wants to use the Master in 2018, he’ll be looking at another recast.

Doctor Who season 11 cast: Who are the guest stars? 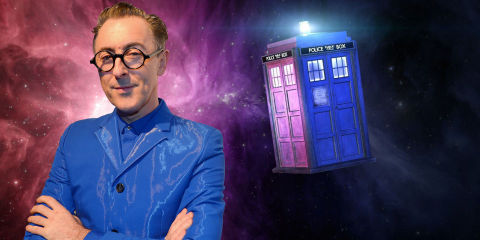 Later that same month, comedian and actor Lee Mack also revealed that he would be appearing in a small role in series 11. “I am blink-and-you’ll-miss-it,” said the Not Going Out star. “It’s just a little thing.”

Doctor Who season 11 rumours: From bookies’ odds to fan favourites

Of course, the instant that one Doctor announces they’re leaving, the bookies and fans are out in force with suggestions as to who’ll replace them… ranging from the reasonable to the utterly absurd.

Everyone from Ben Whishaw to Tilda Swinton to Katie bleedin’ Hopkins was apparently in contention. If you’re looking for a complete list of every single person who was rumoured to replace Peter Capaldi, we’ve got you covered. 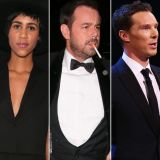 Doctor Who series 11 spoilers: Do we know any plot details?

It looks as though one episode from series 11 will have the Doctor meet the Civil Rights activist Rosa Parks. 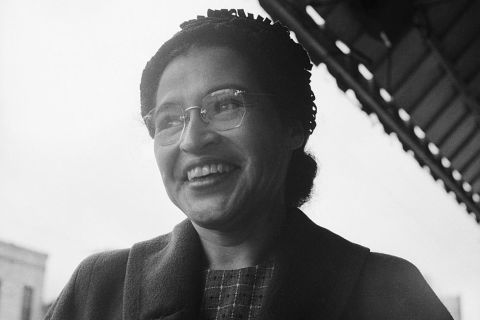 Parks became a pivotal figure in the movement in 1955 after refusing to obey bus driver James F Blake’s order to give up her seat in the “coloured section” to a white passenger, after the whites-only section was filled.

Parks, who passed away in 2005, became an international icon of resistance to racial segregation and collaborated with civil rights leaders including Martin Luther King, Jr.

The Mirror also suggested that series 11 will see three stories set in the future, three in the past, and the rest in the present day, though the BBC declined to comment on this rumour.

Exciting, right? (Though we’d advise a little caution: Hanomo’s quotes are translated from the original Portuguese, so there is the potential for some miscommunication.)

Doctor Who season 11 episode list: What can we expect? 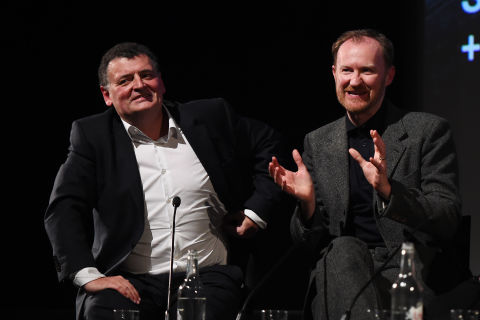 It’s now been officially confirmed how many episodes we’ll be getting in 2018 – with just 10 as opposed to the recent standard of 12. However, they’ll be longer outings – 50 minutes, rather than 45.

The series opener will be even longer – though it was originally announced to be running to an hour, it’ll actually span a full 65 minutes!

We also know that Moffat won’t be contributing any scripts, having insisted more than once that he’s done with Doctor Who once he hangs up his showrunner hat.

“It feels as though, in my limited time on this Earth, I really should start focusing on something else,” he said. “It’s not that I’ve lost love for the show at all, but I think it’s time for Doctor Who to have something new.”

It sounds like we’re in for a total refresh. Mark Gatiss – who’s contributed a script every year since Doctor Who returned in 2005 – initially admitted that he was unsure if he’d continue under Chibnall. 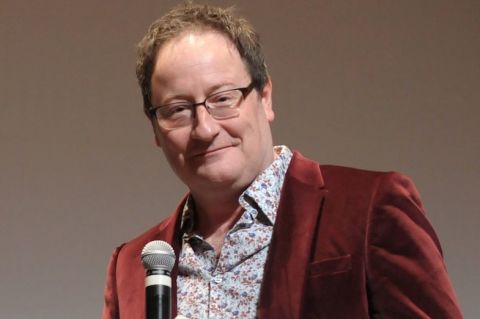 “I don’t have a permanent position around the table,” Gatiss said. “It’s one of those moments, you don’t know what’s happening.”

Gatiss later confirmed that he wouldn’t be returning for series 11 – he insisted that, while Chibnall had left the door open for him, 2018’s episodes would all be written by “new people”.

It certainly looks as though that may be the case: fan-favourite writer Sarah Dollard (‘Face the Raven’, ‘Thin Ice’) won’t be contributing to the new series, and nor will ‘Flatline’ and ‘Oxygen’ writer Jamie Mathieson.

In any case, rumour has it that Chibnall might be looking into new ways of writing Doctor Who. While both Moffat and his predecessor Russell T Davies would for the most part develop storylines and episode concepts that they would either write themselves or hand off to others, Chibnall is said to be adopting a writers’ room, similar to that used in US television.

Under the new system, Chibnall would lead a group of writers in hashing out storylines for each series together, though the BBC insisted back in 2016 that “no fixed model” for crafting Doctor Who in the new era had been decided upon – at least at that point.

As for directors, Rachel Talalay has helmed seven Who episodes including this year’s Christmas special – which makes her the first to direct Jodie Whittaker’s Doctor. But, according to Moffat, Talalay “keeps hinting that she won’t” return to the series after that. 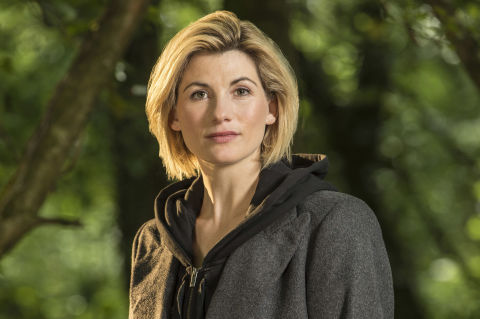 Jamie Childs’ credits on his agency Independent Talent Group have also been updated to include Doctor Who series 11, showing that he’ll be working on an episode or episodes in the opening block. He’s previously helmed episodes of Poldark, ITV’s Vera and Stan Lee’s Lucky Man.

(The actor Samuel Oatley – who’s appeared in BBC Three’s Witless – will appear in one of Childs’ episodes as “The Warrior”, according to his Spotlight profile – as spotted by @Ruther2 on Twitter.)

On the musical side of things, composer Murray Gold – a mainstay of Doctor Who since it returned in 2005 – has announced he’s departed the series. No word yet on his replacement, though Broadchurch composer Ólafur Arnalds has ruled himself out.

There’ll also be a change in terms of visual effects: Milk VFX, who’ve worked on the show since 2013, have been replaced by new firm Double Negative, who recently worked on the effects for Blade Runner 2049.

Whatever happens next, it would appear that the show’s future is secure, with a recent press release appearing to confirm not just series 11, but series 12 through 15.

Chibnall apparently has a “five-year” plan for the series… and he won’t be playing it safe. “What the BBC was after was risk and boldness,” he said in June 2017.

He’ll be joined on this journey by Sam Hoyle (Broadchurch) and Matt Stevens (Misfits), who were both announced as serving as co-executive producers. 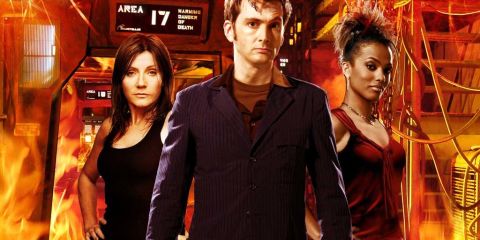 'Extreme Makeover: Home Edition' Is Back To Doing The Impossible, Now On HGTV

When Did Dolly Parton Become an Iconic Twitter Meme Queen?