EastEnders’ Stacey Slater and Martin Fowler are officially back together, after quite literally being outed in front of Albert Square. 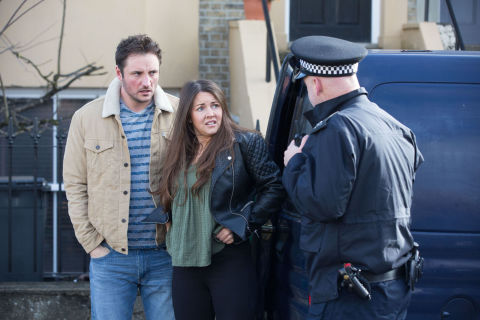 With the gossip spreading around Albert Square, everyone eventually learned the truth when Martin and Stacey were caught messing around in a van by police and several spectators.

A disappointed Sonia could only look as Martin declared his love for Stacey in front of all of Walford, sealing the deal that the couple are officially back together. (Warning: NSFW tweets below)

Elsewhere in the episode, Jack (Scott Maslen) confronted his girlfriend Mel Owen’s (Tamzin Outhwaite) teenage son Hunter (Charlie Winter) with his suspicions about the E20 theft, but their talk took an interesting turn.

Jack showed some compassion for the boy, and extended offer to Hunter that he’d be there to support him if needed a friend or someone to talk to. For a moment, it looked as if troubled Hunter had actually turned a corner. 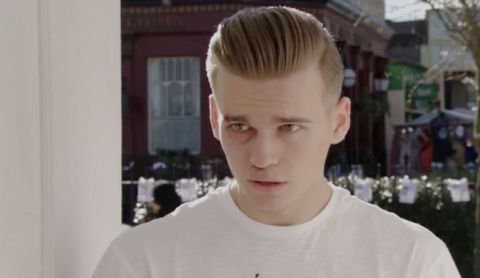 However, Hunter’s true colours later showed when a furious Mel stormed over to Jack’s place to accuse him of hurting the boy, after finding him a bloody mess with a black eye and a bleeding nose.

Hunter had pulled one over on Jack, which earned him no fans:

EastEnders continues on Monday on BBC One.

Digital Spy Soap Scoop video – hit play below for all the latest EastEnders spoilers, as Mick makes a shocking discovery about Stuart, and Kim hears that Vincent might be dead.

Watch the Trailer for Meagan Good and Tamara Bass' 'If Not Now, When?'