EastEnders fans expect Max Branning to shock them at this point, but we don’t think many people saw his latest jaw-dropper coming.

Scheming Max (Jake Wood) has been away from Walford for two months, following the death of his daughter Abi and his surviving child Lauren’s decision to move away from the Square once and for all.

Viewers — and Ian Beale (Adam Woodyatt) — were surprised on Monday night (April 24) when Max reappeared as the owner of Albert Square’s new car lot. However, it turns out Max was just getting started. 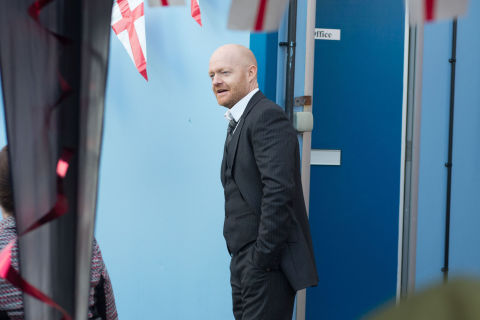 Much of Tuesday’s episode revolved around various Walford residents shunning Max’s new business, and the man himself being later banned from holding a wedding celebration in the Vic by the Carters.

When old flame Stacey Fowler (Lacey Turner) and Kat Moon (Jessie Wallace) eventually confronted Max in the Square about his reappearance, Max dropped the episode’s true bombshell: he’d got married during his time away!

Who’s the lucky lady? It’s none other than Max’s former sister-in-law Rainie Cross — the sister of his estranged wife Tanya (Jo Joyner)! Fans are well and truly shook by that stunner:

Others are wondering what’s going to happen when Tanya finds out:

Rainie was last seen in Walford earlier this year, visiting the comatose Abi in the hospital following her tragic accident. What has happened between then and now that led to this surprising union?

That remains to be seen, but actress Tanya Franks has promised to show another side to Rainie now that the character has left her bad-girl ways in the past. 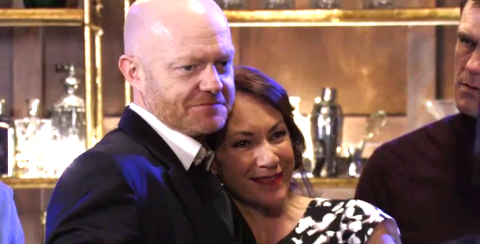 “We’re now going to find out what Rainie is like without having to rely on substances,” Tanya told Digital Spy. “It’s good for me, because even I’m learning and finding out what she’s like.

“What I know of Rainie is when she is always grasping for the next new hit. So now she’s not going through that, she’s finding other ways and she’s getting new obsessions, which is fun to play.”

EastEnders airs the fallout of Max and Rainie’s quickie marriage on Thursday (April 26) at 7.30pm on BBC One.

Should You Tell Your Crush How You Really Feel? These 6 Signs Point Toward Yes

'Superstore': 5 Reasons to Watch One of the Most Underrated Shows on TV