In tonight's episode Keanu will prove to bitter rival Ben Mitchell that he isn't to be messed with as he takes revenge by going after Callum. 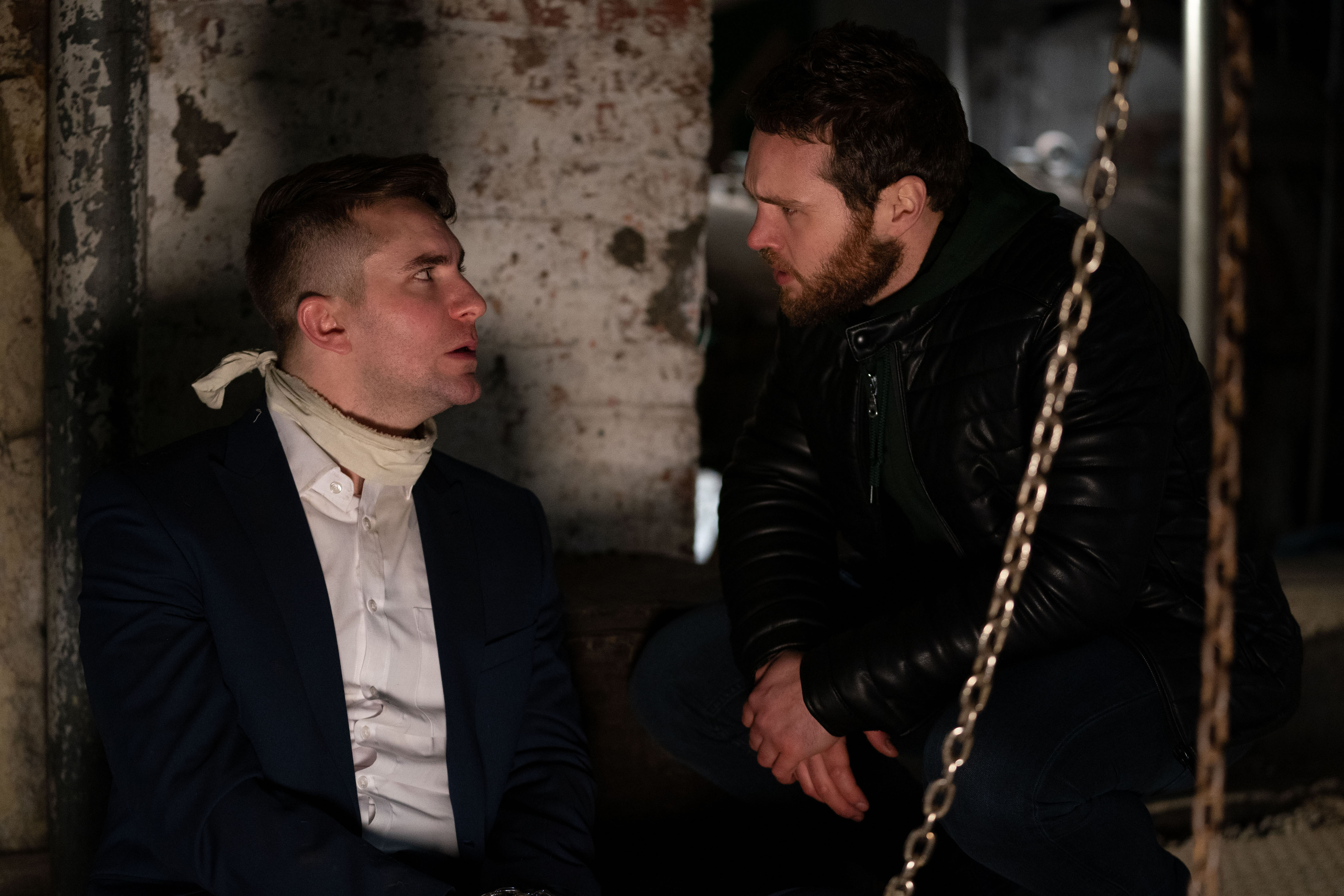 In new teaser pictures, a worried Callum is seen sitting in a grotty room with his hands tied.

Keanu, dressed in a leather jacket stares at him menacingly, suggesting Callum could be about to be hurt.

Ben will go to extreme lengths to prevent Keanu from murdering his boyfriend in upcoming episodes.

Viewers were recently stunned when the mechanic rose from the dead and returned to the Square to ask Sharon to move abroad with him. 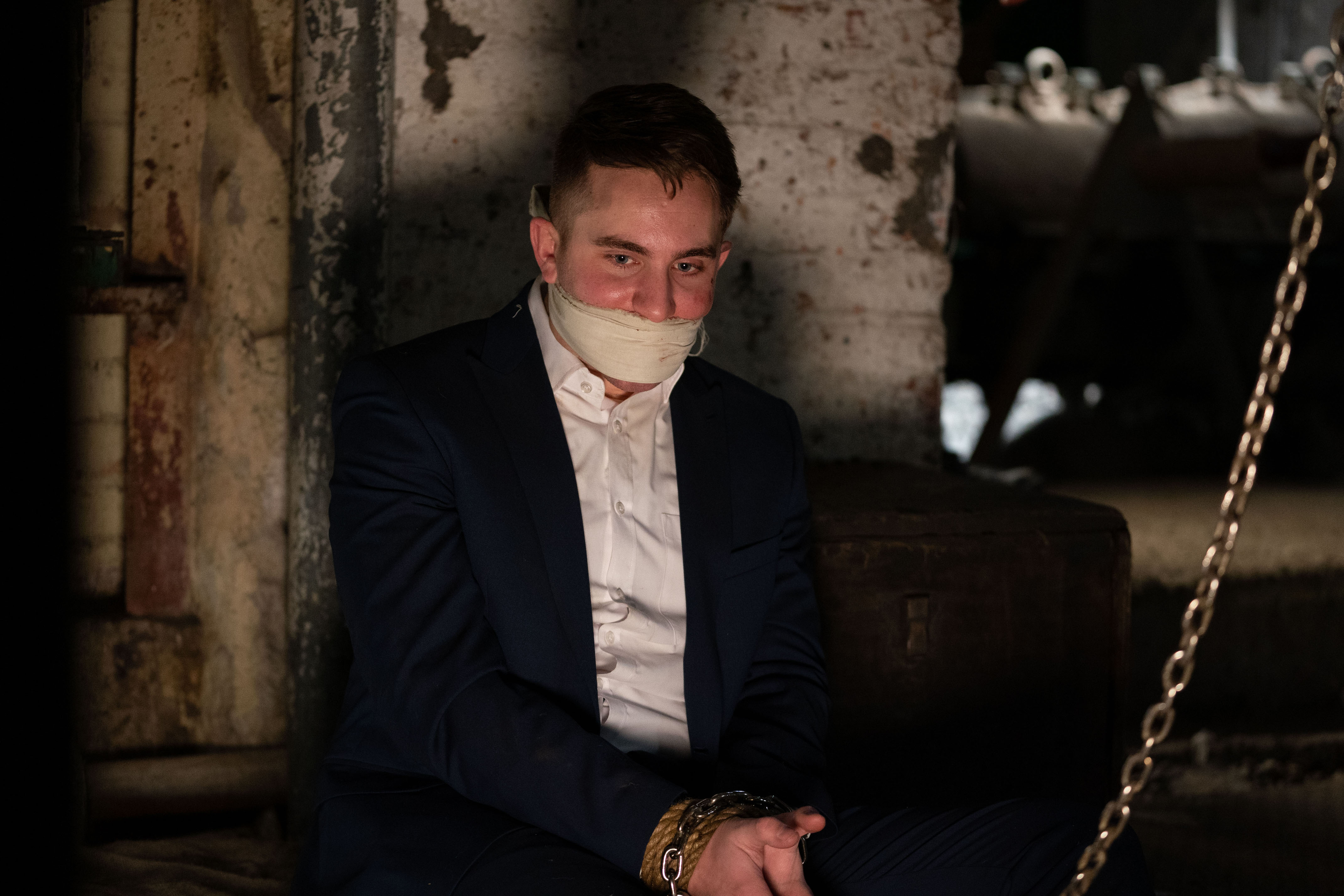 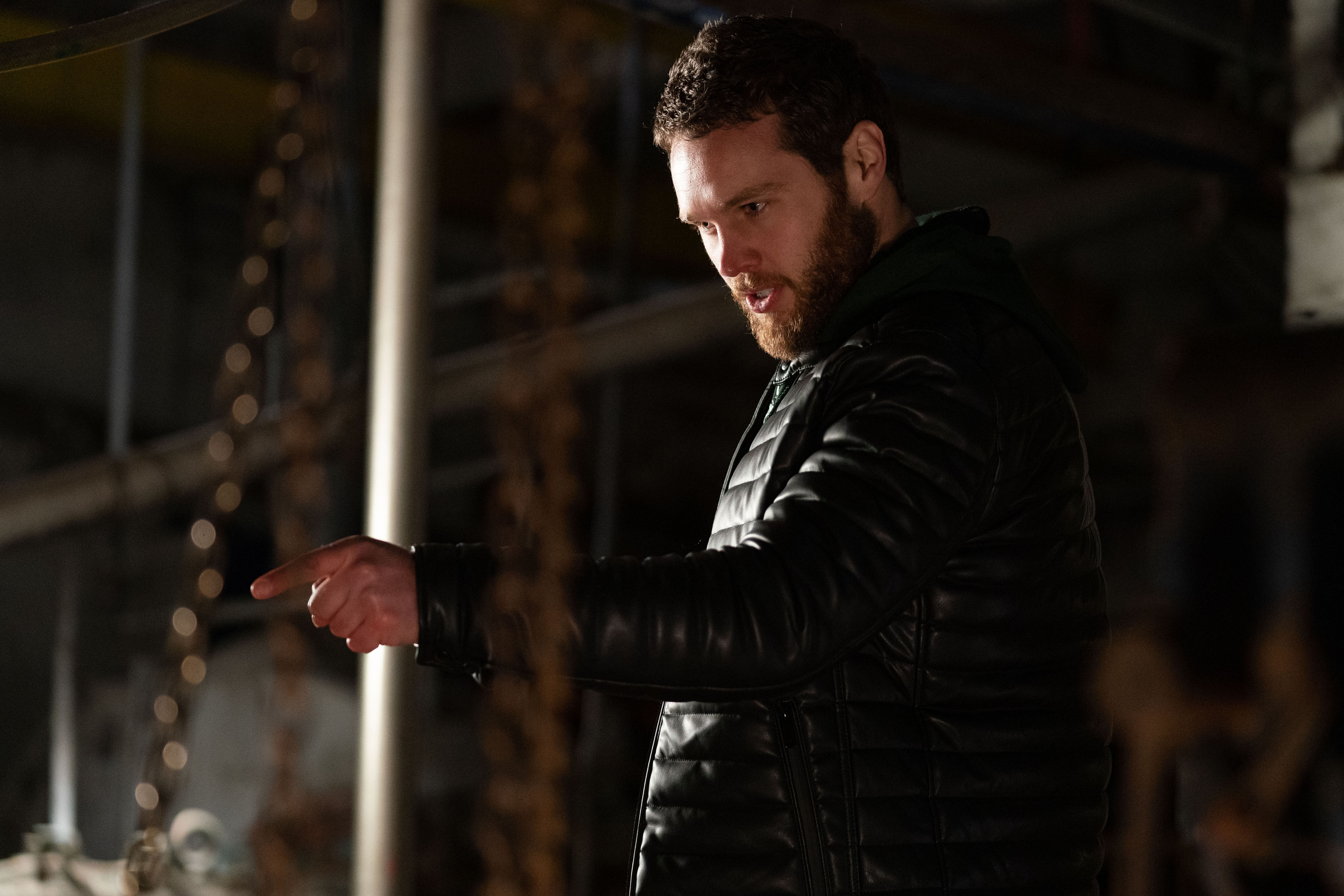 And in another unexpected move, he will try and get revenge on Ben – who ordered Martin Fowler to kill him after he got Sharon pregnant – by targeting his lover Callum.

Spoiler images have shown Callum at a disused paper mill after being kidnapped by Keanu.

Meanwhile, Ben is left stunned when he finds Keanu – who he thought was dead – lurking in the shadows at his home as he demands £100,000 in exchange for keeping Callum alive.

In explosive scenes yet to air, Ben struggles to cope with the mounting pressure after being blackmailed by Keanu.

During the huge anniversary week, the villain goes to extreme lengths to stop Keanu from killing Callum.

Will he finish Keanu off for real this time?

Actor Danny has teased that Keanu is back to break Ben by targeting his boyfriend. 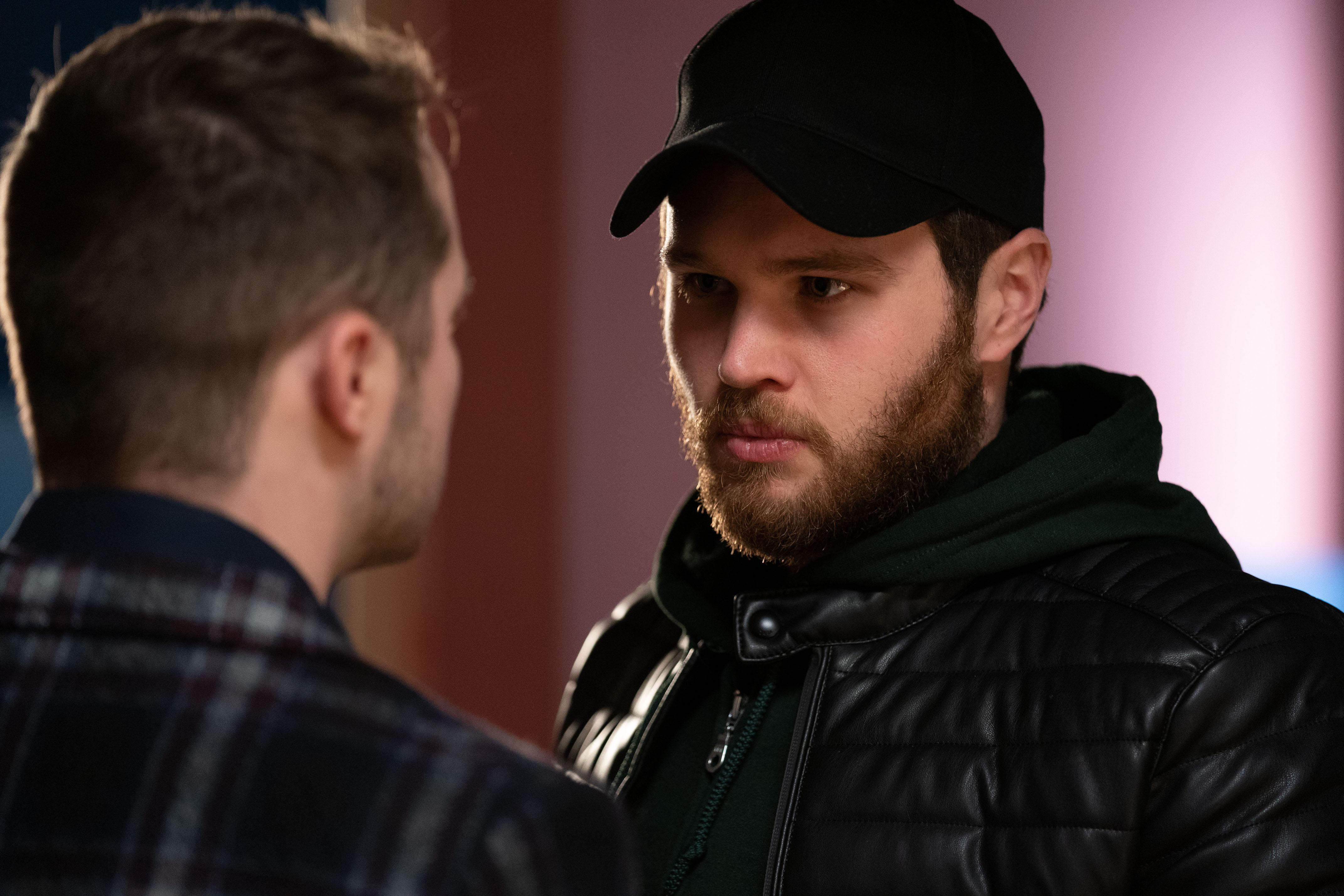 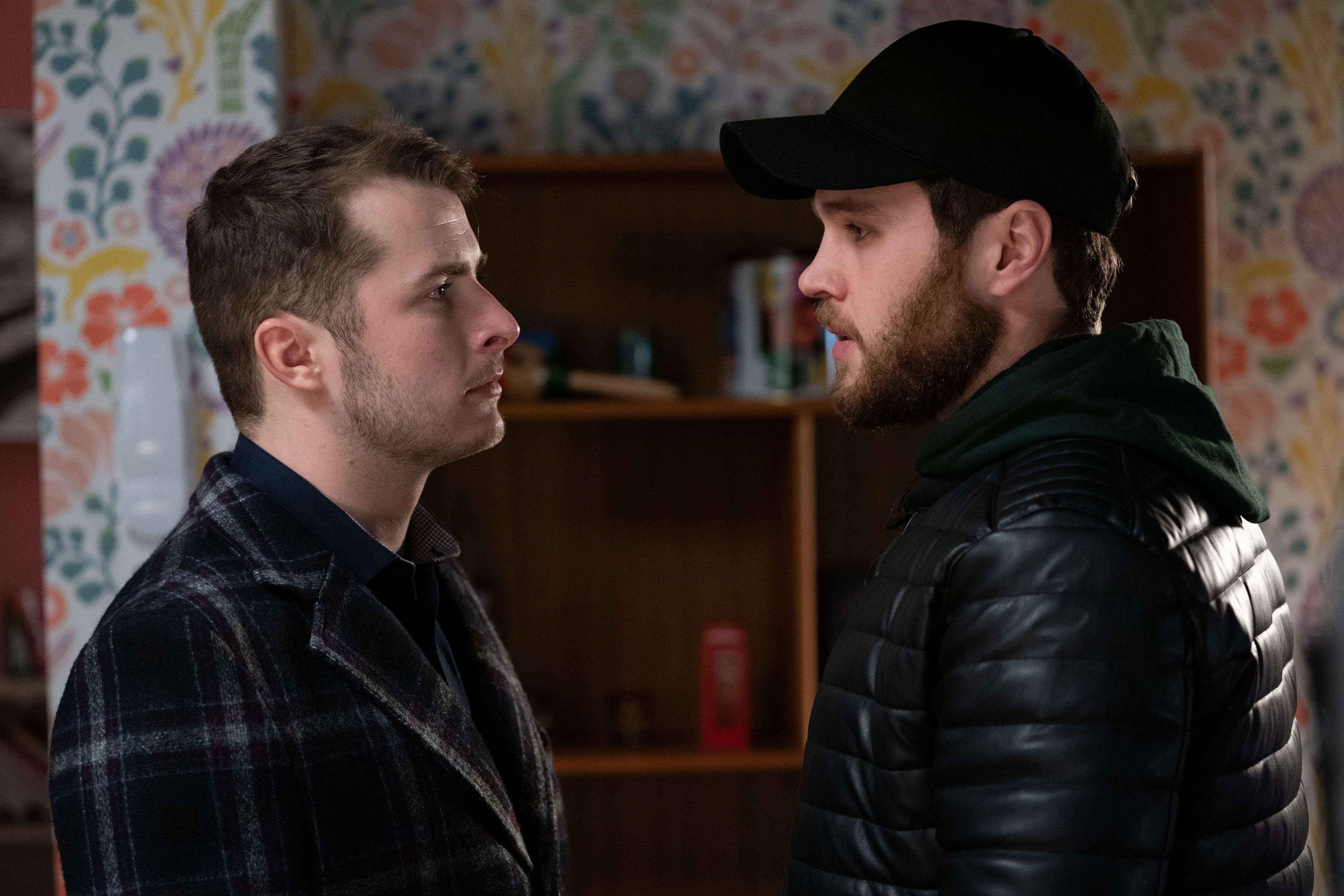 He said: “Well Ben Mitchell has taken everything from Keanu, he even tried to get Keanu killed, so Keanu is back and he wants to put Ben through what he went through.

"Ben wanted Keanu dead, so Keanu’s hell bent on revenge of course, he wants to make him feel that he’s lost everything.

"It’s essentially like a game of chess, and to get to the King, which Keanu sees Ben as, he needs to go after the most precious thing to him, and that’s Callum…"

Will WandaVision Have Its Own 'Luke Skywalker' Moment? Elizabeth Olsen 'Really Excited' for Surprise to Come