Iqra Ahmed (played by Priya Dadra) noticed Ash Panesar (Gurlaine Kaur Garcha) has been pushing away from her in EastEnders ever since her brother Jags Panesar (Amar Adatia) went to prison. Suki Panesar (Balvinder Sopal) convinced Ash to give Vinny Panesar (Shiv Jalota) an alibi for attacking Martin Fowler (James Bye) but didn’t realise her mum would frame Jags. Ash has struggled with keeping this huge secret from Iqra – will the deception force her into an affair with Peter Beale (Dayle Hudson)?

In recent scenes, Ash wasn’t interested in going to a party until Peter announced he was going.

Iqra noticed her questionable behaviour as cracks begin to show in their relationship.

Actress Gurlaine has revealed what’s really going on with Ash and whether she could be tempted to start an affair with Peter.

Gurlaine said: “When Dotty mentions that she’s having a party and that Peter might be there you see the interest in that and you’ll see Ash warm up a bit and agree to go because he’s a laugh.

Read more: Natalie Cassidy weight loss: What she cut out from diet to lose 42lbs 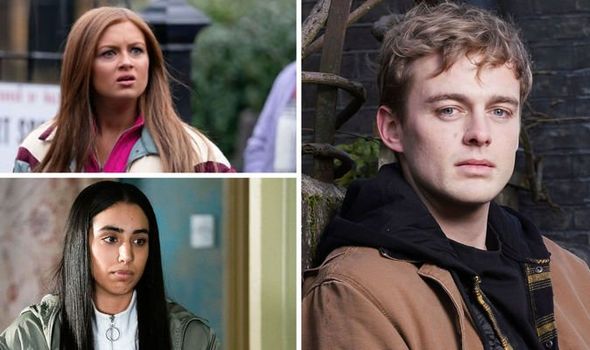 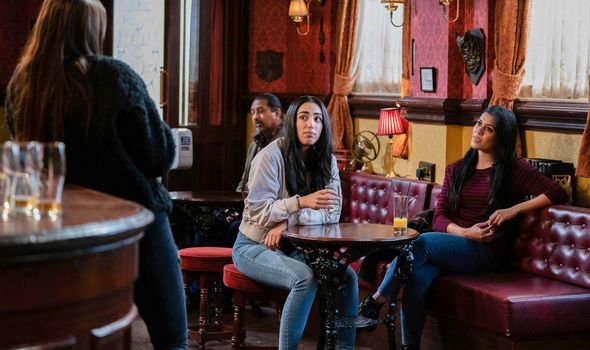 “I think there is more too it though, she does feel something but she loves Iqra and doesn’t want to admit to her feelings but she can’t help it.

“That inevitably comes out when she’s had a bit to drink at the party and is flirting with Peter,” Gurlaine continued.

“Maybe she’s using him to distract herself from what’s going on – she’s lied and has problems in her relationship so it’s more of a fun distraction for her.

“On a friendship level she wants to be there for him and maybe it’ll develop into something more. 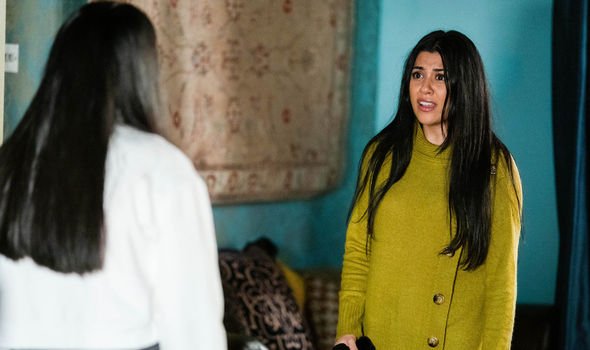 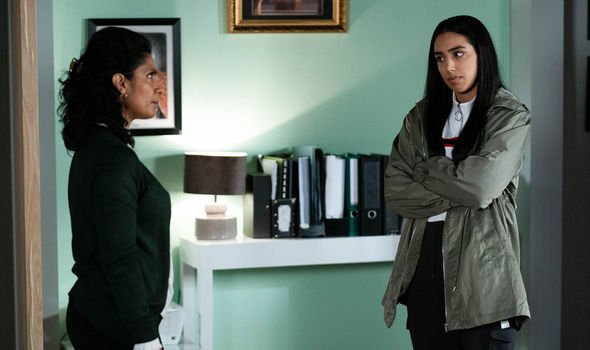 “But it could all be a distraction because she doesn’t want to be with him truly – who knows!”

“I think Ash knows that Peter is interested in her a little – not that he’d want a relationship with her or anything that serious at this stage,” Gurlaine added.

“But he is that guy on the Square that’s been with a few of the other girls, Ash enjoys him trying his luck!”

Will the doctor betray Iqra and embrace her feelings for Peter?

One said: “Ash and Iqra better not break up!!!#Eastenders.”

“Iqra can do so much better than Ash. Actually finding Ash VERY unlikeable #EastEnders,” another wrote.

Someone else added: “#EastEnders so is Ash falling out of love with Iqra? Just a few months ago they said they loved each other.. whats happened?”

Meanwhile, Suki appeared to seduce Peter after discovering the party-goers in the Paneser’s office.

EastEnders viewers were horrified by Suki’s actions but how far is she prepared to go to control her family?

One fan theorised: “#EastEnders In last nights episode Ash didn’t want to go to the party but soon changed her mind when she was told Peter was going to be there. Suki noticed straight away and now evil Suki is going to use Peter as a way get at Ash.”

EastEnders continues on BBC One on Monday at 8.05pm.

After being the only African-Aussies in town, I say make rural life a choice

Boy, 17, dies after being knifed in the stomach at sports club as teens, both 15, arrested