Chantelle (played by Jessica Plummer) has struggled at the hands of her husband Gray Atkins (Toby Alexander Smith) for months now as his behaviour has become more and more sinister as time has gone on, on EastEnders. However, Kheerat (Jaz Deoul) noticed bruises on Chantelle’s arm recently and questioned her about them, but just as she went to reveal what had happened, they were interrupted. In upcoming scenes, Gray’s vile behaviour looks set to be exposed but will Chantelle make it out alive?

Gray and Chantelle arrived on EastEnders last year with their children Mia and MacKenzie, and it quickly became clear their relationship was very fraught and sometimes turned physical.

The hairdresser has seen a number of injuries inflicted by her husband over the last few months as well as a constant stream of bruises over her body, but no one has noticed until recently.

Gray has had the pressure piled on him since the tragic Albert Square boat party when Whitney Dean (Shona McGarty) was arrested for the earlier killing of Leo King (Tom Wells).

Chantelle told Gray he had to take on Whitney’s case and even though he was uncomfortable with the idea, he finally agreed. 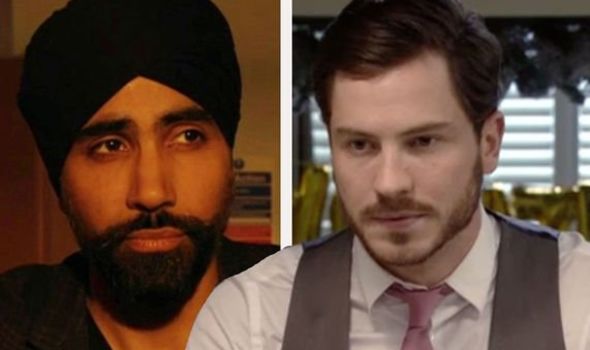 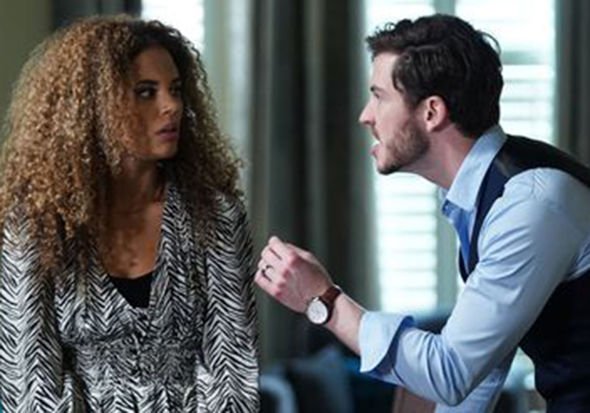 However, when Gray lost his job, he became suspicious of Chantelle, convincing himself she had finally opened up about the abuse to her dad Mitch Baker (Roger Griffiths).

When he found out Chantelle hadn’t said a word, Gray was horrified and despite apologising, Chantelle wasn’t so willing to forgive him this time.

To help the household since Gray lost his job, Chantelle accepted a job from Kheerat at the call centre, after it became clear the two got on really well. 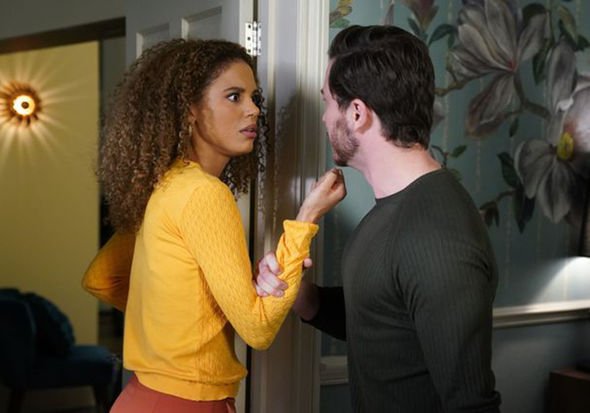 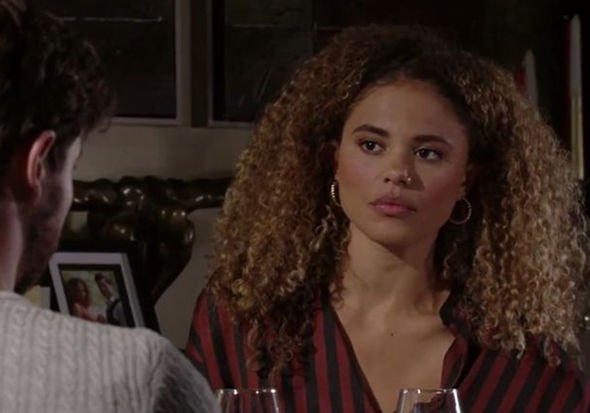 However, just a couple of weeks ago, Kheerat and Chantelle found themselves stuck in the call centre alone with no way of getting out.

Kheerat noticed Chantelle’s arm and asked her where the bruises came from and after months of keeping Gray’s behaviour a secret, she finally looked like she was about to open up.

She began explaining that Gray is a complicated man but just as she went to reveal what had really happened, Kheerat and Chantelle were released from the call centre.

This doesn’t mean Kheerat will forget everything he has seen and in upcoming scenes, as Chantelle goes to finally make a move to leave, Kheerat could be the one to finally save her.

Express.co.uk recently spoke to Women’s Aid about Chantelle’s experience and what the future could hold for her.

A spokesperson explained: “Chantelle’s husband’s abuse is following a classic pattern of abuse. Many women will recognise the period of calm that comes after a physical attack, in this case, an experience of violence which left Chantelle so badly injured she was unable to get up from their kitchen floor.

“Survivors tell us that, in the calm period, a sense of ‘normal life’ returns, making the violence, jealousy and surveillance shocking and traumatic each time they happen. “It’s the feelings of shock and trauma and the ‘dissonance’ between the violence and the normal – the Jekyll and Hyde aspect that can make it harder to reach out for help.

“Many survivors living with unpredictable perpetrators, and the fear of attack by somehow breaking the ‘rules’, believe that no one will trust their experiences or will side with the ‘normal-seeming’ perpetrator.”

Kheerat hasn’t been a passive resident since the family rocked up on Albert Square and has always seemed to be watching and listening on the sideline.

In upcoming scenes though, if Chantelle is finally able to open up to Kheerat she might finally decide to leave, but at what cost?

It is likely Kheerat will be by her side throughout it all if and when he finds out the truth, but he could be the one to report Gray and get the abuser thrown behind bars.

As Kheerat confronts Gray, will Chantelle make it through the ordeal or will her husband suspect something is wrong and try to stop her?

If you or anyone you know has been affected by Chantelle’s storyline, please find more information by visiting the Women’s Aid website or call Refuge on 0808 2000 247.

EastEnders airs on BBC One Mondays at 8pm and Tuesdays at 7.30pm.

Dwayne Johnson's Daughter Tells Him He Has ''Brown Boobies''