Ruby Allen (played by Louisa Lytton) prides herself on her strength as a businesswoman but she fears she’ll lose her nightclub Ruby’s in upcoming scenes on EastEnders. However, when Vinny Panesar (Shiv Jalota) offers to help, the aspiring DJ could find himself being forced to leave Walford when Martin Fowler (James Bye) steps in to take control of the situation.

After sparks flew between the pair before the BBC soap went off air, Ruby and Martin are now officially an item.

However, not everyone is pleased to see the young couple happy as Ruby ignores Kat Slater’s (Jessie Wallace) disapproving comments.

Bank statements reveal someone has been making outlandish purchases using her accounts. 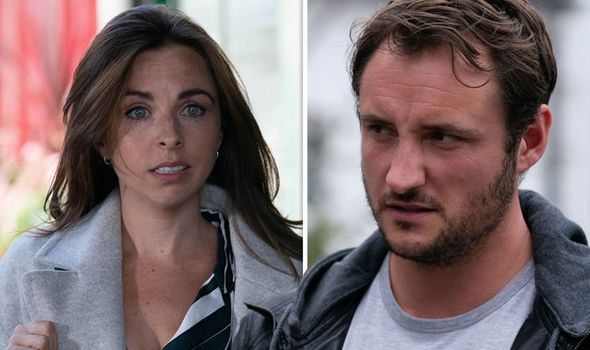 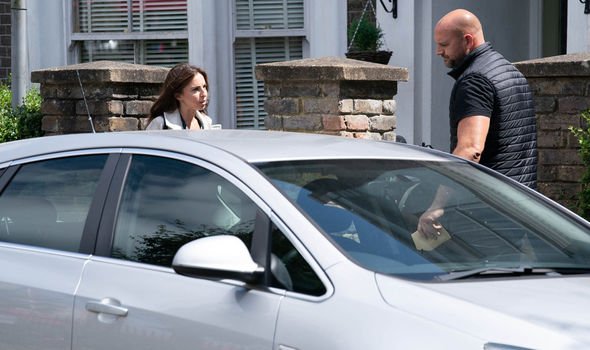 Ruby doesn’t want to admit she needs help and neglects to tell Martin about her financial problems.

The bank fight Ruby over the charges and she realises it will take some time to convince them she’s not to blame for the purchases.

The club owner brushes off her worries but begins to panic when asked about the club reopening.

Ruby fears she can’t afford to open the club yet as her finances are not strong enough to help get the club back on its feet. 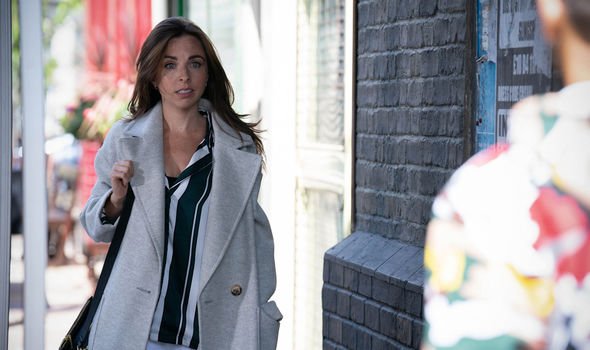 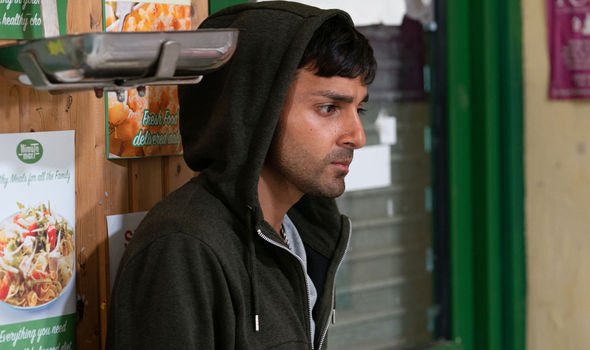 Vinny learns of Ruby’s financial problems and suggests making the most of the club’s insurance policy.

The businesswoman turns him down at first but changes her mind when she fears she has little choice.

She tells the Panesar brother she’ll leave the club with a full safe and empty of customers.

Ruby changes her mind but it’s too late and Vinny is spotted by Martin breaking into the club.

Ruby’s head of security chases Vinny into the Minute Mart and official soap spoilers confirm there will be “dangerous consequences” for the pair.

Could things get out of hand with Vinny ending up with Martin’s blood on his hands?

EastEnders fans will remember Suki as the manipulative mother who tricked her family into believing she had cancer.

The matriarch demands Vinny leaves while she handles the situation.

Suki would do anything to keep her family together and could help her son cover up a murder.

Will Ruby realise her actions caused her boyfriend’s death?

EastEnders returns to BBC One on Monday at 8pm.

Is This Brielle Biermann's Hottest Bikini Snap Ever?

Woman, 32, found three times over drink drive limit is cleared as she claimed to have sunk four vodkas AFTER car crash

Coronation Street cast: Who is Gemma Winter’s mum Bernie? Who is Jane Hazlegrove?

Bodyguard: Keeley Hawes and Richard Madden lark about behind scenes