EastEnders viewers have seen Mick (played by Danny Dyer) struggle in recent months with his mental health, suffering panic attacks and emotional difficulties. In coming weeks, Mick will contemplate taking his own life. EastEnders has worked closely with the Samaritans on the storyline.

Please note, this article discusses suicide which some readers may find distressing.

Since his abuser and care worker Katy Lewis (Simone Lahbib) arrived in Albert Square, Mick has struggled with memories of his childhood.

Katy has continued to manipulate and control Mick as she tries to convince him she was nothing but a friend and never harmed him.

However, Mick has been struggling to separate fact from fiction as he comes to terms with the abuse he suffered.

The former Queen Vic landlord has pushed his family away and tried to bury what happened to him but as Katy continues to pop up, he’s begun to spiral. 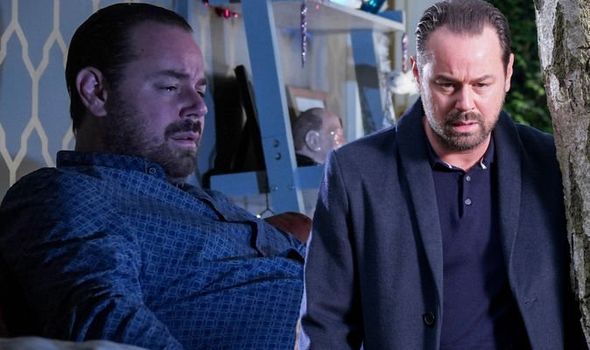 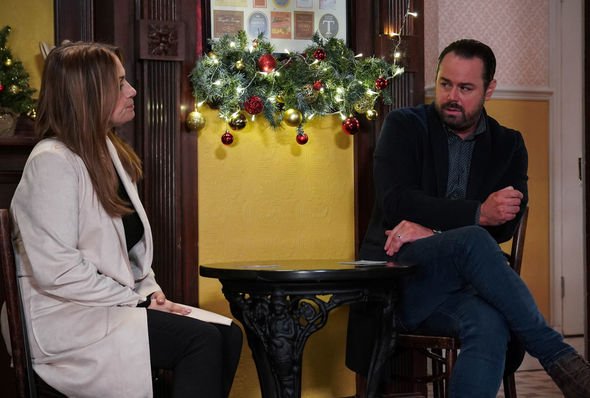 The memories of his abuse have taken a hold of his life in a damaging way, with Mick contemplating taking his own life on New Year’s Eve.

Speaking of the storyline, executive producer Jon Sen said: “This storyline is such a vital one for EastEnders to portray.

“We’ve worked closely with the NSPCC and Survivors UK since the inception of this story and as viewers have watched Mick struggle to come to terms with the truth of what happened to him as a child, we were determined to show the brutal reality and effects that abuse can cause.

“Working with the Samaritans has been invaluable to ensure that Mick’s story is true to life and they’ve been a huge support, offering guidance throughout the process. 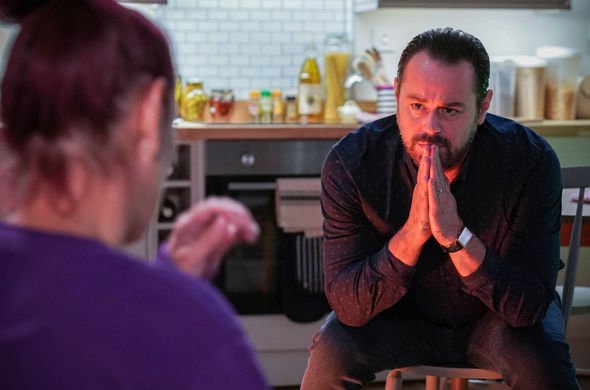 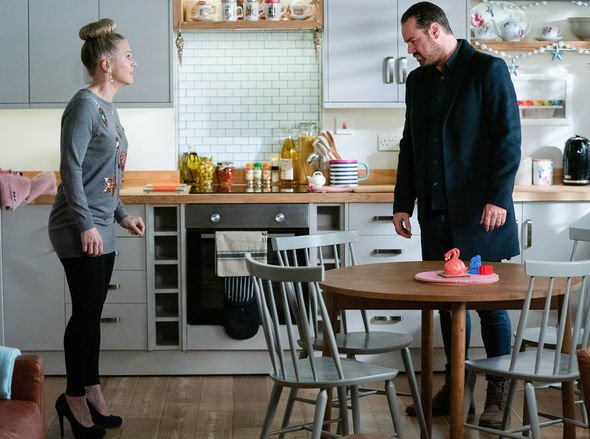 “Danny gives an incredible performance and we hope his portrayal of Mick’s trauma will help dispel the stigma that survivors are often burdened with.”

Lorna Fraser, Samaritans’ Media Advice Service lead, added: “Suicide is not inevitable and just having someone there to listen, without judgement, can help save a life.

“We have been pleased to work with EastEnders giving expert advice on Mick Carter’s story, as it’s a chance to explore some of the issues surrounding suicide in a sensitive and considered way.

“Responsible storylines can help start important conversations and encourage people to reach out for help.

“We would encourage any viewers who have been touched by this storyline to contact Samaritans.

“You don’t have to have reached crisis point to get in touch, sometimes it’s just a case of needing to talk concerns or worries through.

“Whatever it may be, our amazing volunteers are always here to listen, day and night.”

EastEnders have also been working closely with the NSPCC, the UK’s leading children’s charity, and SurvivorsUK, a specialist service for male and non-binary sexual violence survivors on the storyline since its inception.

As Mick has pushed his family away, his wife Linda Carter (Kellie Bright) has turned to Max Branning (Jake Wood) for affection.

Linda is unaware of Mick’s historic sex abuse and believes her marriage to the former pub landlord is over.

Mick knows about his wife’s connection with Max and has tried to open up to her about Katy but his abuser has convinced him his marriage is over.

Fans know Linda still loves Mick and wants to be there for him – will he reach out to her in the New Year?

EastEnders continues tonight on BBC One at 7.30pm.

If you have been affected by this storyline, you can Samaritans confidentially and free of charge on 116123, email [email protected] or find the details for your local branch at www.samaritans.org.

9-1-1 & NCIS Surpass The Voice To Lead Monday; The Big Leap Bounces Back Ahead Of Finale