Earlier this week, Leo King (played by Tom Wells) trashed Whitney Dean’s (Shona McGarty) house as a warning of what’s to come. For months now, Leo has been tormenting Whitney in a bid to avenge his father Tony King (Chris Coghill), who he believes is innocent and thinks Whitney made up her abuse ordeal. However, things came to a head tonight and it looks like the man Whitney turns to for help could end up in more trouble himself.

In shocking scenes, Leo stole Whitney’s phone as she got ready to meet Kat Slater (Jessie Wallace) in the Queen Vic, texting the Slater to reveal “she would be late”.

But as Whitney got ready, Leo finally showed himself after living in her loft for the last week, with a knife in his hand.

Leo found a letter his rapist father sent Whitney when he was in jail before taking his own life, which was the final straw for Leo.

In a final attempt to get the truth he wanted to hear from Whitney, he screamed she was the guilty one, not his father. 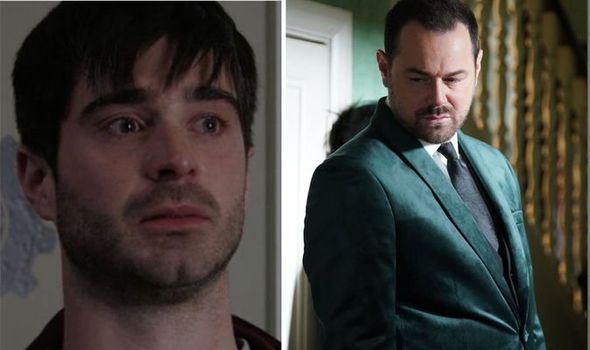 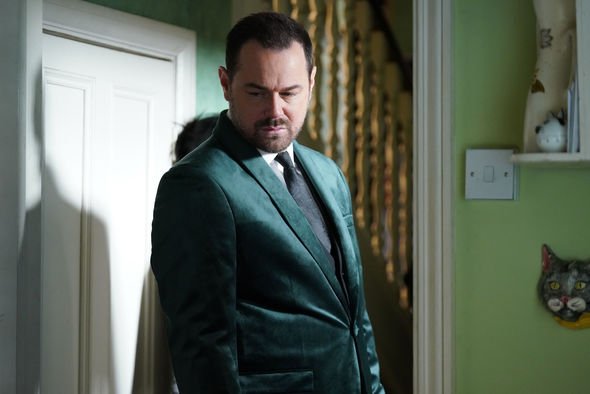 As Leo went to attack her with a kitchen knife, Whitney threw a box at Leo’s head disabling him for a moment as she ran down the stairs.

He chased her as she reached the kitchen and the two engaged in a struggle, but as Whitney went to call the police, Leo dragged her to the floor.

Whitney managed to grab the knife at the last minute and stabbed Leo through the chest.

But despite it being in self-defence, will Whitney take matters into her own hands and try and get rid of him herself without getting the police involved? 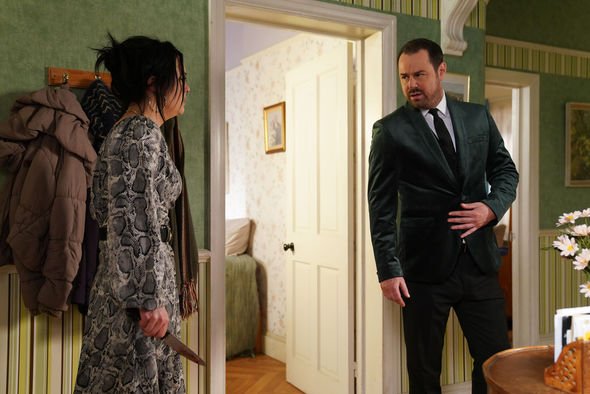 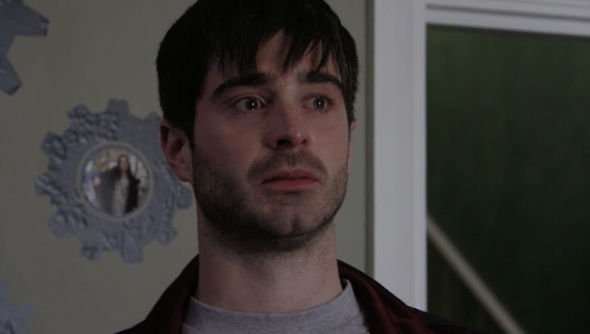 In upcoming scenes Whitney will call on Mick (Danny Dyer) to help her in the wake of the murder.

Knife still in hand, Mick will rush round ahead of the celebratory boat trip to try and help.

As viewers know, there has always been something between Mick and Whitney culminating in an affair.

But with Mick and Linda Carter’s (Kellie Bright) on the rocks because the landlady has failed to get a grip of her alcohol addiction, could the landlord be willing to throw it all away for Whitney?

Next week viewers will get a full week of drama after Mick and Linda win Best Pub and choose to celebrate by taking their friends and family on a boat trip.

But Mick could have just contaminated a murder scene, leaving traces he was there and leading the police to believe it was him who killed Leo.

Would Whitney let Mick be arrested for something he didn’t do in a bid to put the whole Leo King mess behind her?

Or will Mick decide it is too big a risk to help the woman he once had an affair with and let her deal with this alone?

Linda has failed to control her drinking addiction over the last few months, which has led not only to the landlady putting her son in danger, but now there are divorce papers on the table.

Talking about the 35th anniversary week, Danny Dyer told Express.co.uk: “[It’s] quite dark as always… Some of the best episodes we’ve ever filmed. Can’t say any more than that.

“It’s a real shock to everyone. It’s really powerful stuff trying to get a message across.”

But who will die in the 35th anniversary of the soap and will Mick go down for the murder of Leo King?

EastEnders continues on BBC One on Monday at 8pm.