EastEnders resident Gray Atkins (played by Toby-Alexander Smith) failed to save Chantelle (Jessica Plummer) after she fell on an open dishwasher last month, leading to her tragic death. However, as Gray continues to struggle to cope with the reality of what his actions have led to, his attentions have turned elsewhere after Shirley Carter (Linda Henry) narrowly saved him from setting light to the whole of Walford. This week, she will make him a new offer to try and help him out – but could he do the unthinkable in return?

Gray has clearly not been able to process his wife’s death after being the one who is responsible.

Luckily, Gray swung things back in Whitney’s favour and she was found not guilty of Leo’s murder. 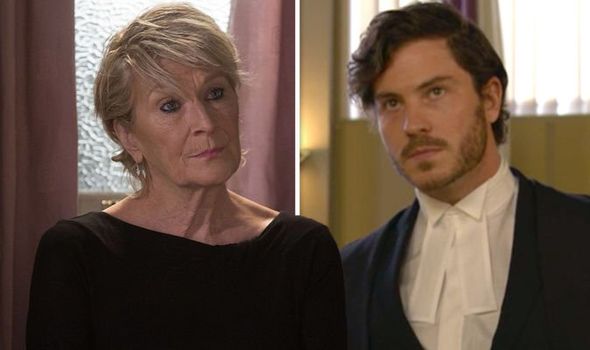 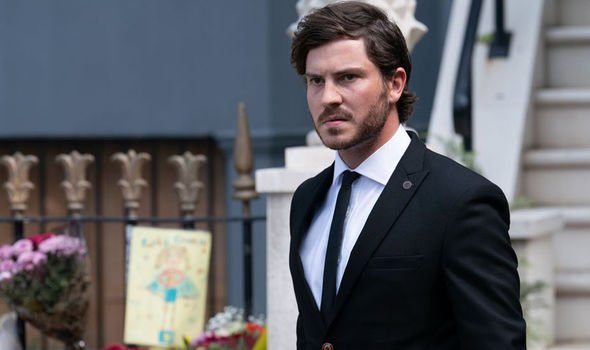 But fans saw Gray cause more turmoil last week when he lashed out at Linda Carter (Kellie Bright) – which got Shirley suspicious.

Gray was angered at Linda after she brought his two young children back home after he had forgotten to pick them up from school.

When Linda ended up trying to help Gray by doing some jobs around the house, the former landlady accidentally made a huge error.

Linda unknowingly washed Chantelle’s lipstick-stained mug, which got Gray riled up once more. 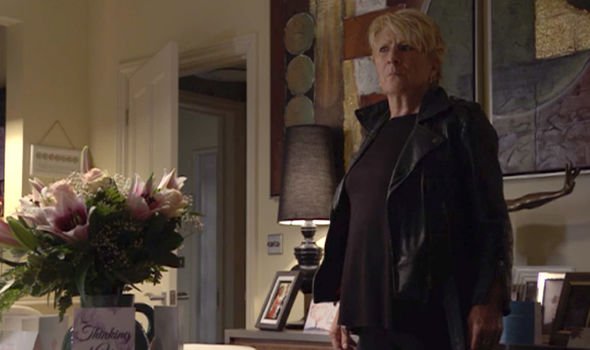 Shortly after Whitney’s trial came to an end, Gray snapped and wanted to reunite with his wife Chantelle.

Shirley just about managed to stop him going through with the murderous plot.

However, things will take a strange turn this week as Shirley ends up moving in with Gray in an unexpected turn of events.

Tomorrow night’s episode will see Mick (Danny Dyer) and Shirley row once more as he reveals the extent of his child abuse.

But when Shirley reveals she is offering to help Gray, her son finds the prospect odd and can’t understand why she wants to do him a favour.

With Shirley the only one to know the truth about Gray’s intended deadly plot last week, she promises not to tell all to those around the Square.

Gray will be grateful to Shirley for not revealing his downward spiral.

In return, Shirley will be offered Gray’s spare room – but could this lead to her making a damning discovery?

With there sure to be some clues regarding Chantelle’s death remaining in the house, could Shirley find out what really happened?

Fans know Shirley is known for her ability to get to the bottom of but it may lead to a fatal error.

Gray is always one step ahead of those around him and is sure to be keeping a close eye on his new lodger.

If Shirley confronts Gray about her possible findings, will she end up as his next victim?

EastEnders airs Mondays and Fridays at 8pm and Tuesdays and Thursdays at 7:30pm on BBC One.

Simple WhatsApp trick gives you the latest design before anyone else