Claire King reprised her role as the iconic character for this week’s dramatic episodes, but Kim was forced to depart the village once again in Friday’s scenes.

Despite being determined to head back to Home Farm, Kim’s plans were cut short when she was instead taken away by the police.

Kim was sent back to prison for a minor driving offence earlier on, meaning she now has to carry out the rest of her sentence. 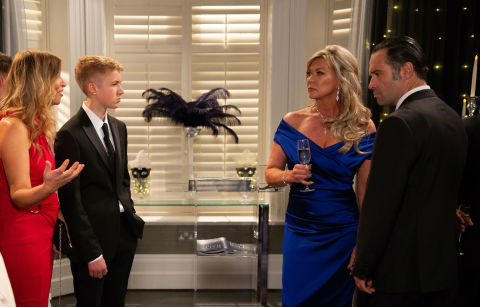 Having left chaos in her wake, Kim will spend the next 6 months behind bars, but fear not, as she’ll be back in the village next year.

Not only did Kim order the death of Joe Tate, but she also ruffled more than a few feathers during her brief return to the village and there won’t be many characters wanting to see her again.

But with her claws set to be firmly back in Home Farm in the New Year, what does Emmerdale’s super bitch have in store for the rest of the village? 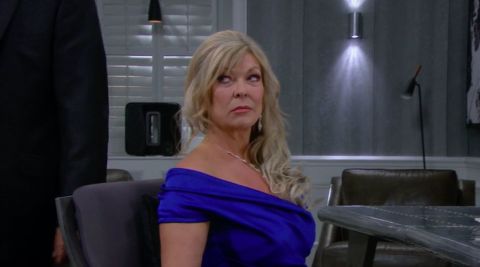 Speaking about Kim’s impending return, Claire said: “You knew she wasn’t going to go away quietly, so I’m so pleased to announce Kim will be back. It’s been great fun keeping it under wraps but now she can really get down to business!”

Emmerdale’s executive producer, Jane Hudson said: “Although Kim’s initial return was fleeting, she caused such mischief and chaos that we simply couldn’t resist bringing her back.

“Kim Tate is just getting warmed up for an explosive 2019 which will see her hell-bent on getting exactly what, and who, she wants.”

Digital Spy Soap Scoop video – hit play below for all the latest Emmerdale spoilers, as Victoria finds herself in danger and Sarah is finally getting a new heart.

Scientists Have Discovered Possible Signs of Life on Venus

Jodie Whittaker will definitely return for next season of Doctor Who