EMMERDALE viewers were left stunned as a Hollyoaks star burst onto the ITV soap – and was immediately the butt of the jokes.

Fans of the Yorkshire-based show were treated to an appearance from Cindy Cunningham, played by actress Stephanie Waring, who starred via an influencer-esq TikTok profile. 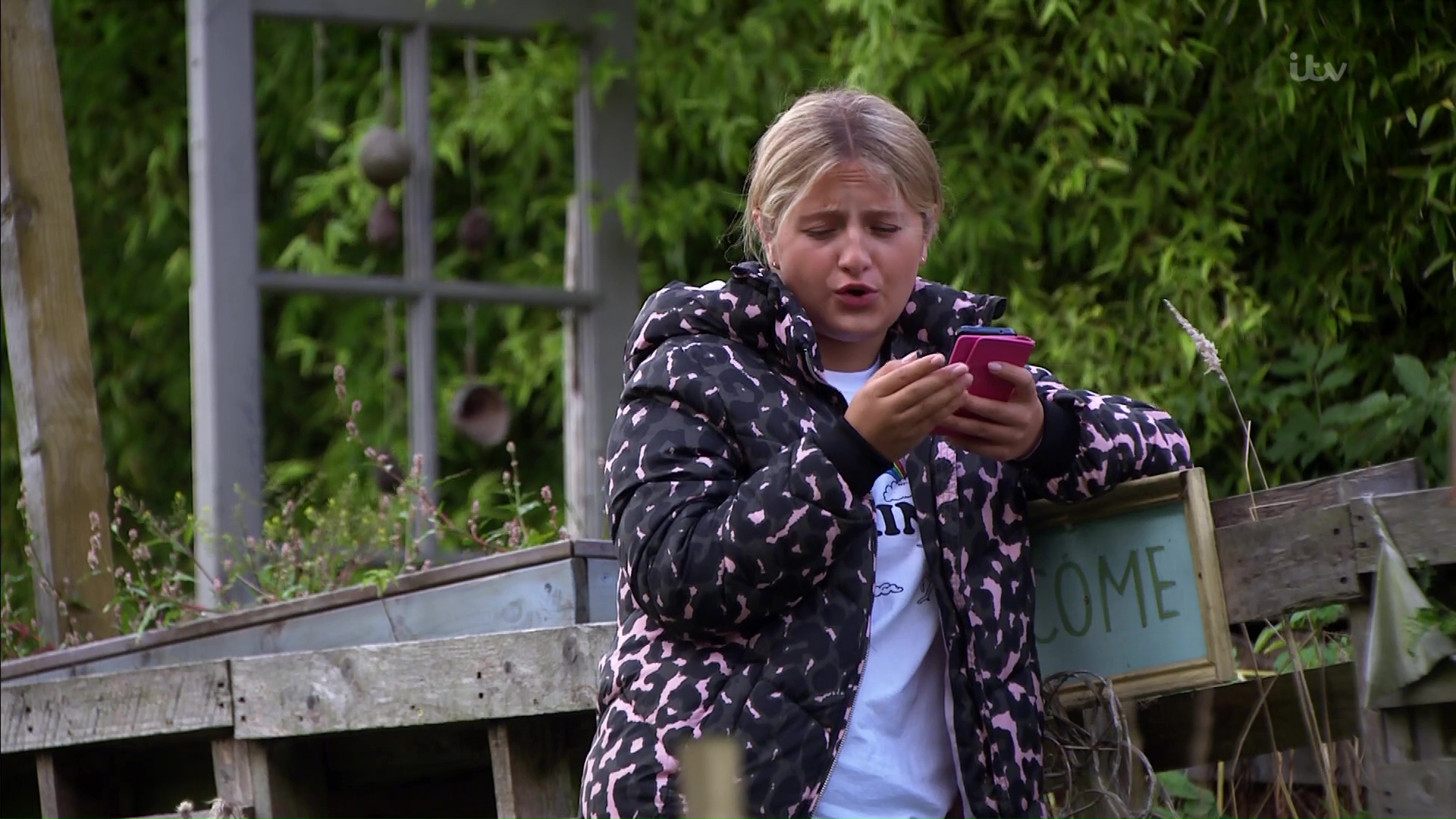 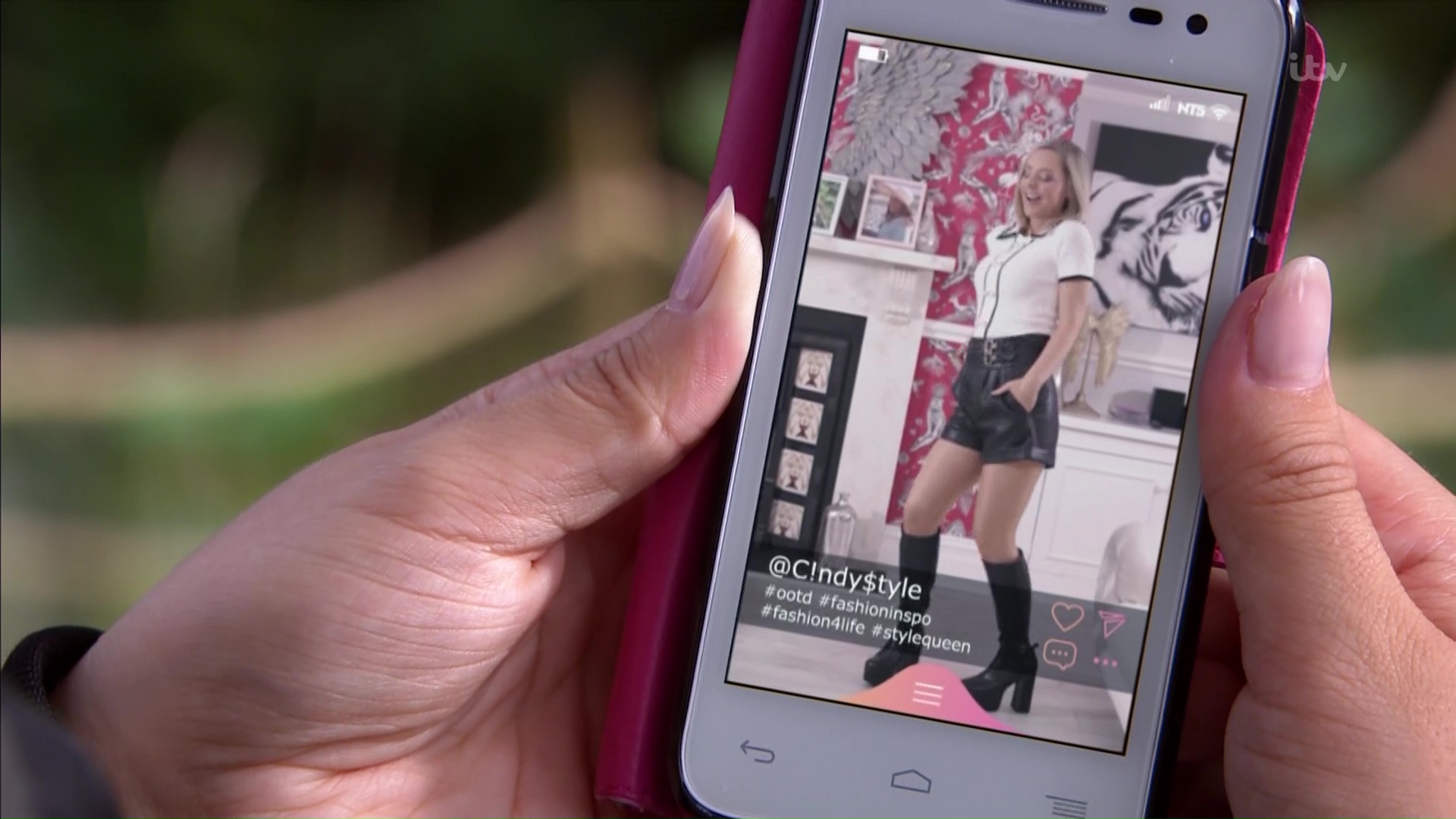 The programming has been planned to coincide with the same week as World Leaders meet to discuss the climate crisis at the COP26 conference in Glasgow.

She was playing a noisy video on her phone, which prompted him to bark: "Er, headphones? Pods, buds? Whatever?

"Not everyone's interested in listening to whatever you're watching."

Yet, referencing the crossover's environmental theme, the teen quickly retorted:
“Er, you should be! It's awful!

"This woman from Chester going on about never wearing the same outfit twice.”

Liam agreed and said: “Ugh, it's that kind of attitude that's killing the planet," as Amelia continued: “Someone who commented just said that!

"So I'm going to say that I agree with their comment 100% and I put some angry faces on that for you and all."

Liam replied: “Good! I've worn most of my clothes hundreds of times. You take care of them, they'll last! I suppose that makes me a fuddy duddy.”

“No, it just makes you a million times more cooler than this Cindy idiot,” Amelia said. “So what's all this about?” referencing his allotment.

Amelia excitedly told him: “You should tell people that!” to which he replied: “I have! Marlon's ordered some peas.

"But yeah, I should probably try to spread the word further than the local pub."

Fans were quick to respond to Cindy's unexpected cameo, as one jested: "Oi! Cindy from #Hollyoaks-you're in the wrong soap!"

Oi! Cindy from #Hollyoaks – you're in the wrong soap!

Another posted: "That was so weird seeing Cindy in emmerdale."

While a third added: "Seeing Cindy from #Hollyoaks briefly on the show was epic."

Referring to the plotline, they then posted: "And YES Cindy's attitude RE Climate Change needs to change!"

Another gushed: "I’ll never get over the fact that Cindy from #Hollyoaks just appeared in #Emmerdale."

Meanwhile Emmerdale's official Twitter page also flagged the event and quipped: "Hey @Hollyoaks we think you need to have a word with C!ndy$tyle."

Each soap has filmed scenes, or has references, to cover different aspects of climate change and, in a soap first, five of the shows will also be referencing each other.

Viewers will see some of Britain’s best-loved characters pop up in another soap as they discuss, or see the moments, that have been debated in another show in a bid to raise awareness of climate change.

The landmark event will see a Hollyoaks character pop up in Walford while villagers of the Chester soap will learn about events at Holby City.

Casualty will also be discussed in The Woolpack, and a social media clip from Weatherfield will be chatted about in The Queen Vic, as the soaps all come together for a special week.

Following many months of planning and meetings between the respective soaps and continuing drama editorial teams, the scriptwriters on each of the productions each took on the task to feature the other soaps storylines.

Emmerdale’s Executive Producer, Jane Hudson, originally conceived the idea for this unique initiative and has been co-ordinating with her fellow executives.

She said: “Never before have all five soaps and both continuing dramas come together and united in telling one story.

“And we certainly haven't seen characters pop up in other shows before.

“This is a real treat for our audience, whilst also allowing us to get across a very important message.”

Kate Oates, Head of Continuing Drama, BBC Studios said: “I’m thrilled that our soaps and serial dramas have all come together to help highlight the issue of climate change amongst our millions of viewers.

“We’re grateful to the teams that made this happen, and hugely look forward to seeing the talent from our own shows popping up in other iconic programmes.”

Lucy Allan, Executive Producer, Hollyoaks added: “We know how important climate change and environmental issues are to our youthful audience, and to all soap viewers.

“It has been great to work together on an engaging way to, hopefully, inspire conversations about issues that are so important." 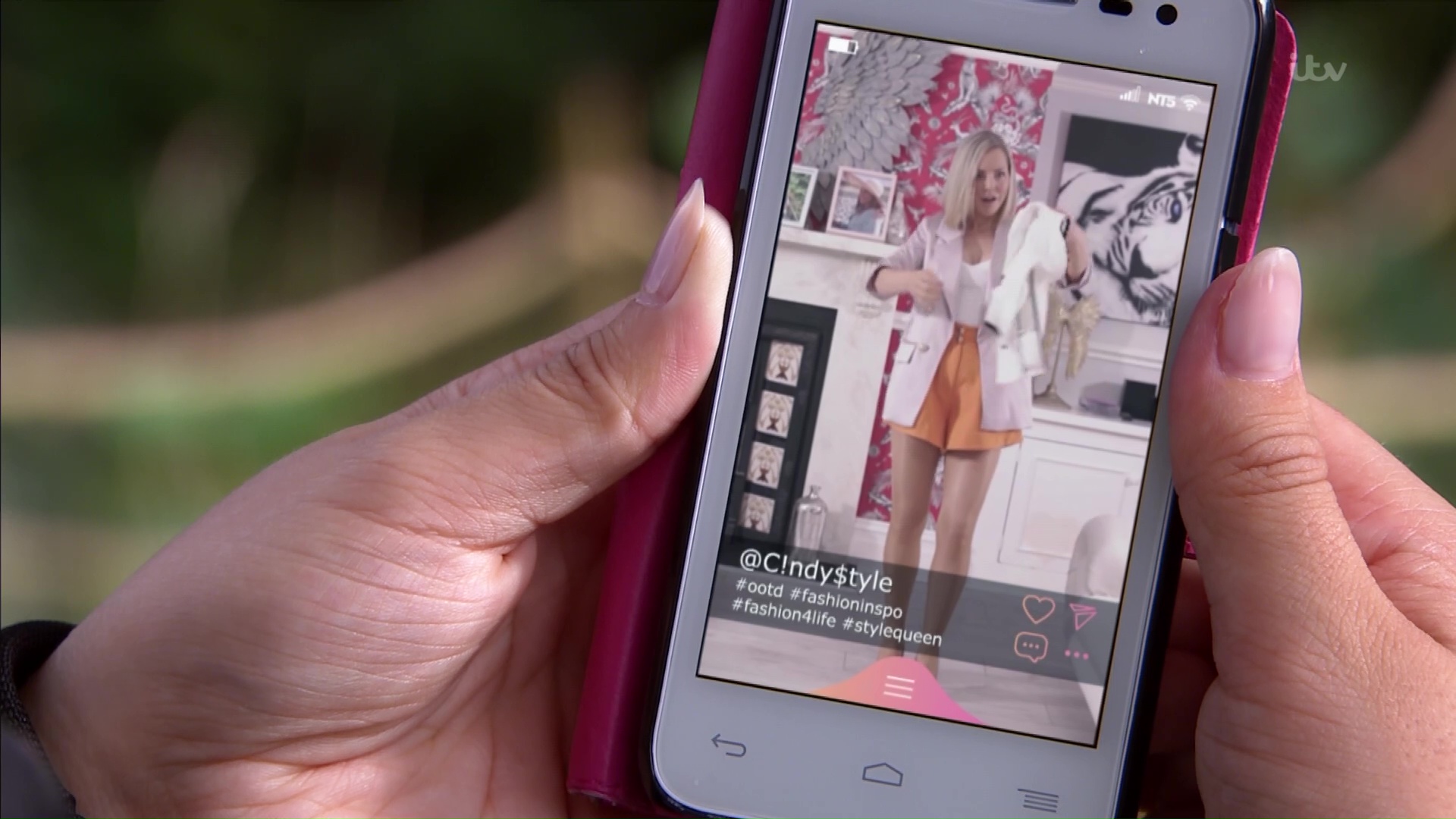 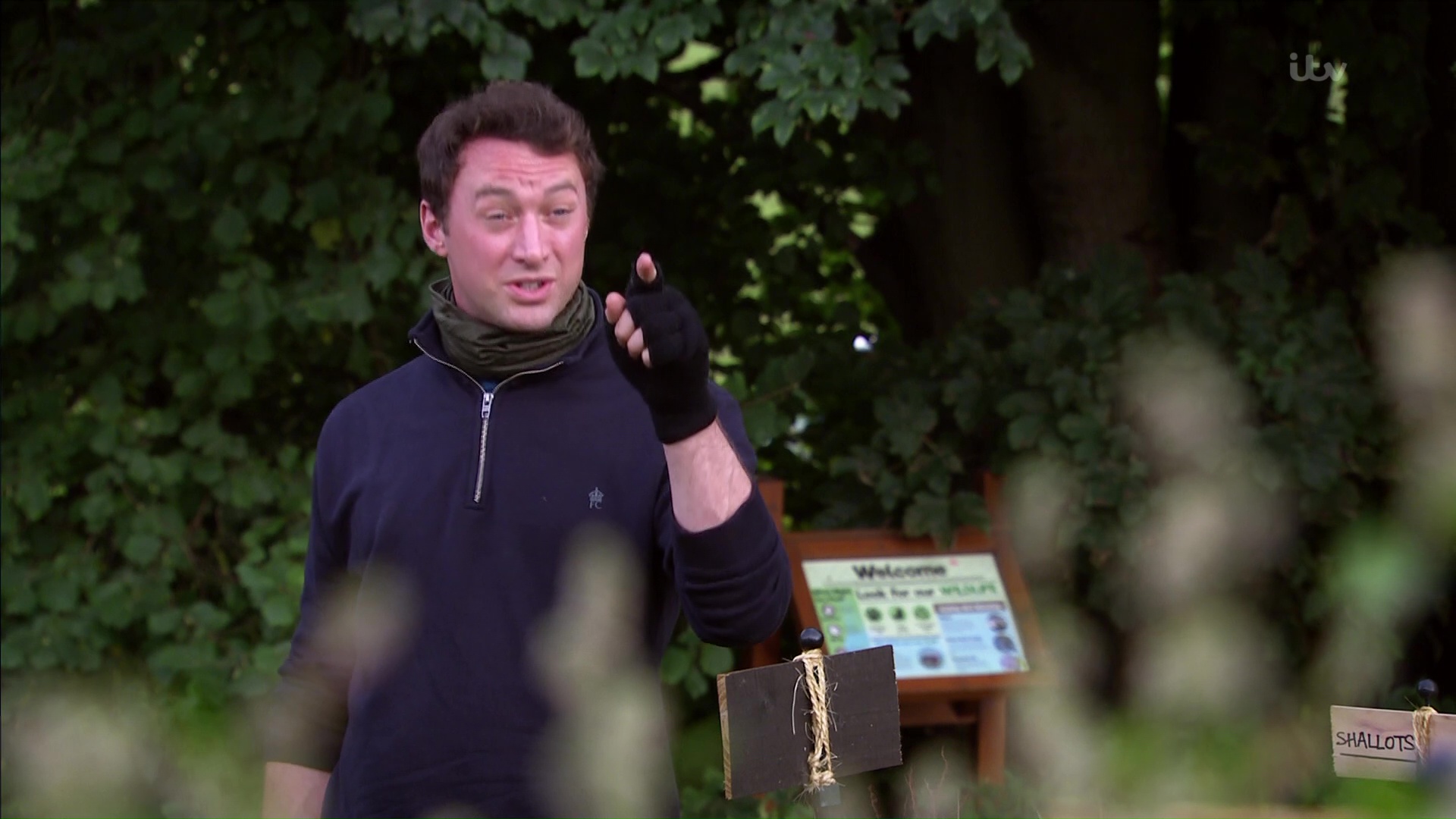 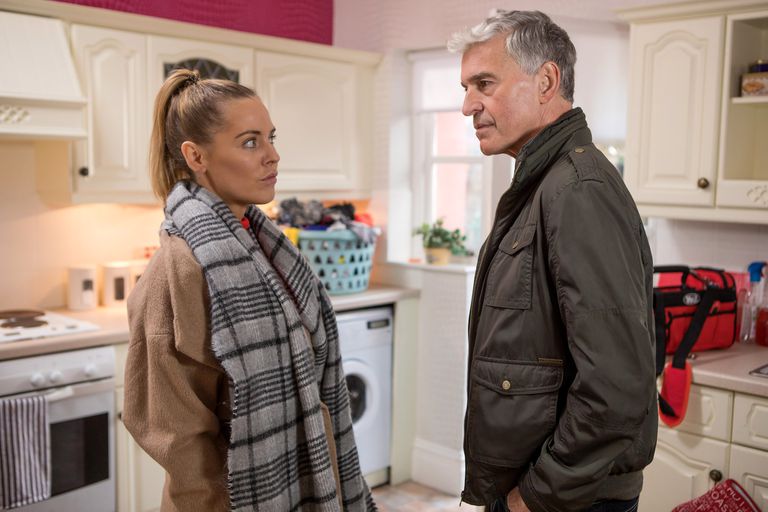 All the latest EastEnders, Emmerdale, Coronation Street, and Hollyoaks spoilers

Tasnim, 20, always knew her father was a murderer

TWO THIRDS of plastic containers are burnt or sent to landfill