Lachlan accidentally revealed his guilt over the crash in Friday night’s episode (May 4) amid a worrying time for his girlfriend Belle Dingle.

The latest visit to the Dales saw Belle do a disappearing act as her latest mental health crisis reached a peak.

Still plagued by menacing voices in her head, Belle went on a destructive rampage in the barn where she’s been brewing alcohol for a new business venture with Lachlan. 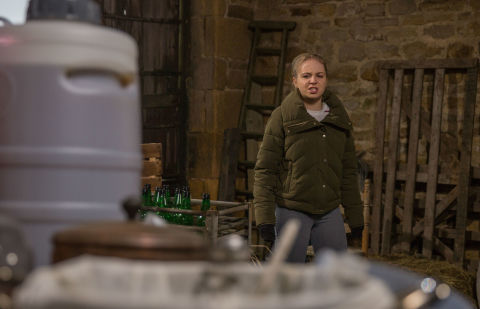 When Belle was nowhere to be found afterwards, Lachlan went into a panic – blaming himself for not doing something about his girlfriend’s troubles sooner.

Lachlan told Gerry: “This is all my fault. I should have taken better care of her. I knew something was wrong and I did nothing. This is down to me, always is. I can’t do this again. Knowing it’s my fault, if someone else dies because of me.”

Later on, there was reassuring news for Lachlan as Zak revealed that Belle had made contact with her mum Lisa and sought help at a mental health facility. 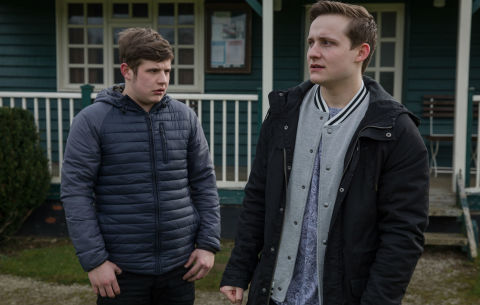 Unfortunately for Lachlan, he wasn’t breathing a sigh of relief for long – as Gerry questioned whether he was referring to the crash that killed Chrissie and Lawrence in his emotional moment earlier on.

Emmerdale spoilers for next week’s episodes have already revealed that Gerry will struggle to shake his suspicions. Eventually, he tries to retrieve the deleted voicemail message that he received from Lachlan on the day of the crash.

Gerry does manage to get the lost message back, but what will he hear? Will he finally uncover Lachlan’s guilt?

Emmerdale continues on Monday (May 7) at 7pm on ITV.

Digital Spy Soap Scoop video – hit play below for all the latest Emmerdale spoilers, as Bob and Brenda’s dramatic wedding day arrives and Debbie gives into temptation with Joe.

Fed unleashes another big rate hike but hints at a pullback

Days of our Lives spoilers for next week: Will informs Paul his memories are back, Abi knows Gabi is sabotaging her, Steve and Kayla are torn apart, Lucas is going to be a daddy!