Lachlan (Thomas Atkinson) has another potential enemy to worry about when Gerry Roberts’s uncle Terry spots tell-tale signs that he might be hiding something big.

The latest trouble for Lachlan flares up when a newly-released Liv Flaherty shows Terry (Daniel Casey) one of Gerry’s hand-drawn comics.

A nervous Lachlan asks Terry to hand it back over, but the mysterious newcomer senses how desperate he is and stubbornly chooses to hold onto it instead. 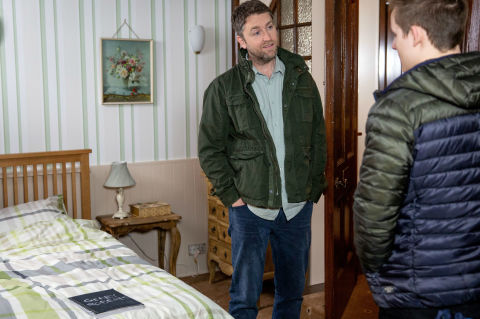 Fearful that the comic’s contents could provide a clue to his dark secrets, Lachlan later goes on a mission to retrieve it from Terry’s room at the B&B.

In a further twist, Lachlan’s tension with Terry comes just as Gerry’s uncle is starting to show some highly suspicious behaviour of his own.

Terry seems oddly nervous about having to deliver a eulogy at Gerry’s upcoming funeral, while he also accepts a cash payout from Doug Potts (Duncan Preston) in exchange for dropping his planned lawsuit.

After selling his car to come up with the cash for Terry, kind-hearted Doug tells him that he’s left the money in his room at the B&B. 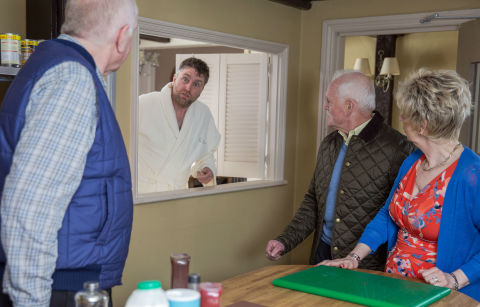 At the funeral, Terry suddenly backs out of giving his eulogy and makes a hasty exit from the service, much to everyone’s surprise.

Back at the B&B, Lachlan confronts Terry just as he is about to do a runner with the cash from Doug – and various other items from the B&B too!

With Lachlan and Terry both deeply suspicious of each other, where will this showdown end for both of them? 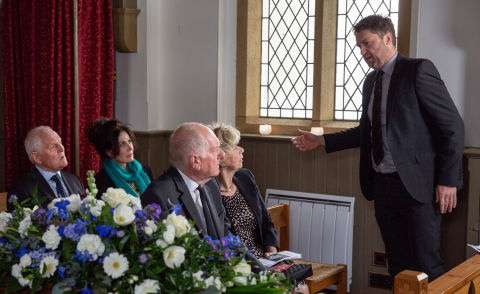 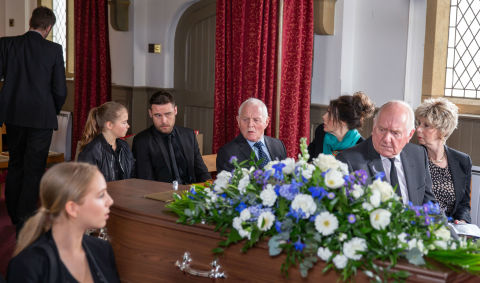 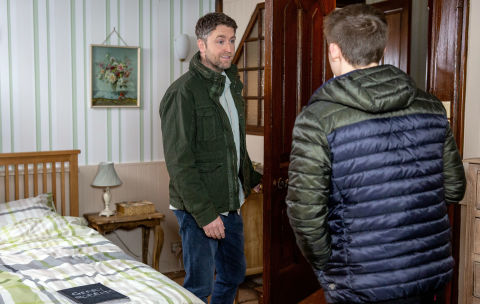 Emmerdale airs these scenes on Friday, June 1 at 7pm on ITV.

Accessories to spice up your game