Emmerdale has responded to rumours that star Anthony Quinlan will be taking to the dancefloor for the new series of Strictly Come Dancing.

Various reports have suggested that the Pete Barton actor would be coupled with professional dancer and girlfriend Dianne Buswell.

But the ITV soap addressed the speculation with a short but definitive statement. 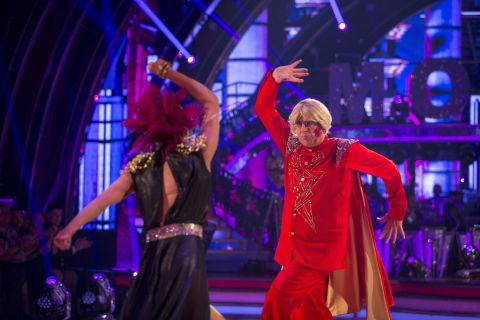 “There are no plans for Anthony to do Strictly,” a spokesperson for Emmerdale told Digital Spy.

Back in February, Anthony and Dianne were forced to shut down rumours that they had split after they had grown apart due to distance.

The past few months for Strictly Come Dancing has been dominated by news of Brendan Cole’s axing from the programme.

Brendan, who had been part of the show since 2004, confirmed in January that his contract had not been renewed, and the news has led to former head judge Len Goodman criticising the decision while several professional dancers (Janette Manrara, Katya Jones, Karen and Kevin Clifton, Anton du Beke) have also commented on the development.

Emmerdale airs on ITV, while Strictly Come Dancing is expected to return this autumn on BBC One.

Digital Spy Soap Scoop video – hit play below for all the latest Emmerdale spoilers, as Joe’s life hangs in the balance and Belle’s problems get even worse.

Best Treadmills for 2020 – which model is best for your budget?