Vanessa (played by Michelle Hardwick) has had a turbulent few months on Emmerdale, what with being held hostage by villain Pierce Harris (Jonathan Wrather) and being diagnosed with bowel cancer. The village vet has had the support of her sister Tracy Metcalfe (Amy Walsh) and fiancée Charity Dingle (Emma Atkins), but this hasn’t stopped her from hitting the self-destruct button. Convincing Rhona (Zoe Henry) to join in with her drunken antics, it seems the beloved character of the ITV soap left viewers questioning how she won a game of pool.

After a round of chemotherapy, the long-suffering character wanted to take a journey down memory lane as she took Rhona to a pub from their college days to celebrate her birthday.

It wasn’t long before she was challenged to a game by a student and was so convinced she would win, she put money on the table to make it a bit more interesting.

Vanessa got quite competitive and ended up winning the game, or so she thought and walked away with the money.

Those watching at home were left in meltdown, however, as they explained how the village vet claiming victory by knocking a red ball into the net didn’t mean she was victorious. 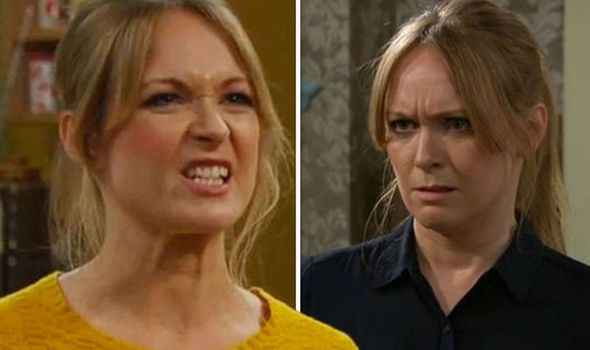 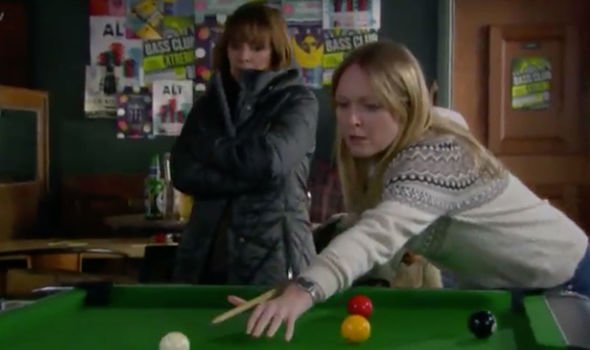 In the background of one of the shots, it could be seen a yellow and black ball were still on the table.

The rules of pool stipulate the winner of the game has to pocket all their balls as well as the prized 8 ball.

Noticing the blunder, one fan wrote on Twitter: “How the f*** did she win, there’s a yellow and red and a black on the table?”

Another added: “On #emmerdale some bird has just won a game of pool without potting the black. Good research team.” 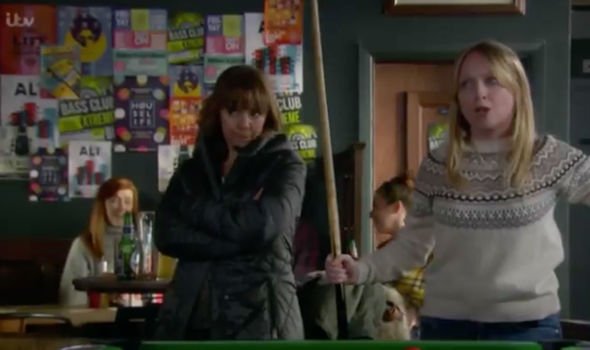 Storylines can change, so you never know

A third asked on the social media platform: “Ain’t you suppose to pot the black to win a game of pool?” [sic].

Despite her apparent win, the village vet was still struggling with her ill health as she continued to drink and concerned Rhona with her antics.

Viewers will continue to see the beloved character go through the treatment process for stage-three bowel cancer in the coming months.

Speaking to The Mirror recently, actress Michelle, 44, admitted she doesn’t know the direction the plot will take as her alter-ego faces the reality of her situation.

“Storylines can change, so you never know. I am grateful that I am still here at the moment,” the soap star said.

“I don’t think any of us are in it forever – you never know what is around the corner,” Michelle added.

The storyline was first announced earlier this year, just before she was kidnapped by Pierce and in heartbreaking scenes with her captor, she revealed her diagnosis.

Vanessa has been at the centre of some of the biggest plots in recent years, but her most recent was actually two years in the making.

In an interview with whatsontv.co.uk, the actress explained she’d had a meeting with bosses over a year before the storyline hit screens.

“I always knew that this was on the cards at some point, but I didn’t know what sort of cancer it would be.”

Michelle added the news of bowel cancer for her character came as a “surprise” six months ago, but did stress the importance of highlighting the health issue.

“We do need to show that this can happen to a relatively younger person. I’ve had on social media from people who are going through it are from younger people, both men and women, who are saying, ‘We’re so glad that we’re moving away from thinking it’s an old man’s disease.’”

What time is Clap for NHS Carers tonight? – The Sun

Inside Kourtney Kardashian And Travis Barker’s PDA-Filled Night Out