Emmerdale fans were heartbroken when the ITV soap revealed Vanessa Woodfield (played by Michelle Hardwick) had been diagnosed with bowel cancer. The village vet has tried to be practical but she has ended up clashing with Charity Dingle (Emma Atkins) as the Dingle matriarch doesn’t want to face the harsh possibility that Vanessa could lose her battle with the disease. Could Vanessa go behind her partner’s back to make arrangements for Johnny Woodfield to avoid another argument with Charity?

Since the devastating news, the village vet has tried to be practical about her condition and put measures in place to protect her loved ones if she isn’t able to overcome the disease.

While her loved ones focused on her recovery, Vanessa met with a solicitor to arrange her will before asking Charity if she would raise Johnny if she died.

Vanessa explained to the Woolpack barmaid she was the only person she would want to look after her son.

She revealed she’d discussed the matter with a solicitor and was looking into making Charity Johnny’s legal guardian if the worst case scenario came true. 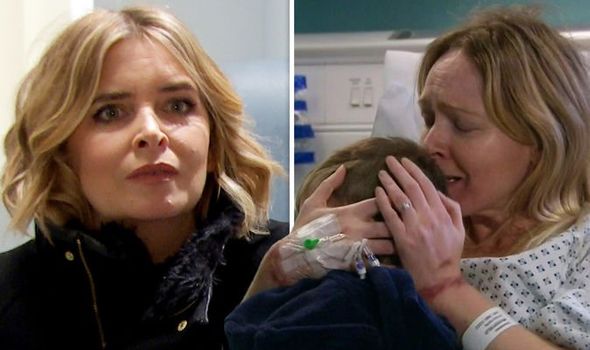 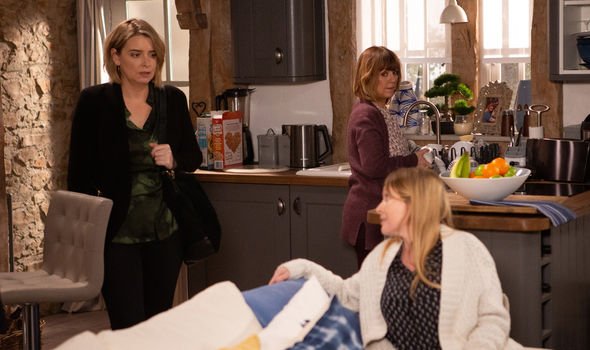 However, Charity’s hesitation infuriated Vanessa and she began questioning their entire relationship.

The village vet was forced to turn to her oldest friend, Rhona Goskirk (Zoe Henry), and asked if she would look after Johnny instead.

She began: “I wanted to talk to you about who will look after Johnny if I’m not around. I have to be realistic and plan for the future.”

“It’s not going to happen ok?” Rhona replied. “And if the worst does happen then it will be Charity won’t it?” 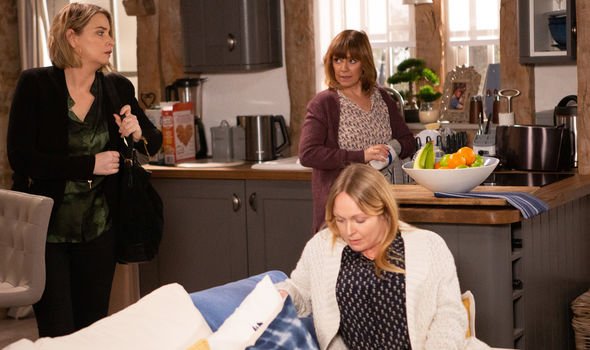 Vanessa explained: “I don’t think so. She doesn’t want to be lumbered with Johnny when I’m gone, I could see it in her eyes.

“I just need to make sure that Johnny is going to be ok when I’m gone. I want everything in place and I think you’d be ideal.

“I’ve known you a lot longer and knowing that you would be here for Johnny it would be a weight off my mind.

“I’ve seen the way you look after Leo, I know that Johnny would be safe with you. Please would you do that for me?”

Rhona revealed she would happily raise Johnny but told her friend she had to make sure Charity was okay with the arrangement.

Charity was hurt when Vanessa announced the news and tried to explain to her partner that she hadn’t hesitated and would love to raise her son.

But Vanessa’s mind was made up and in upcoming scenes, Charity will snap when Rhona brings over Johnny’s guardianship documents.

The couple have a blazing row and struggle to move forward even after they calm down.

It’s clear Charity isn’t comfortable with Rhona being Johnny’s guardian over her and Vanessa could be forced to make a drastic decision to keep the peace.

There are other options Vanessa could consider for her young son and she may realise the village could hold too many memories for Johnny.

As Charity continues to lash out, will Vanessa decide putting Johnny into care if the worst happens is the best option she has?

Syrian doctor sheltered victims of war in an underground hospital

Somali refugee rapes woman sunbather, 68, on a beach in Italy

'The Partridge Family': David Cassidy Once 'Carried a Serious Torch For' 1 Other Star