In scenes to be aired on Monday Lachlan takes his baby cousin off Victoria Sugden's hands after she is tasked with babysitting. 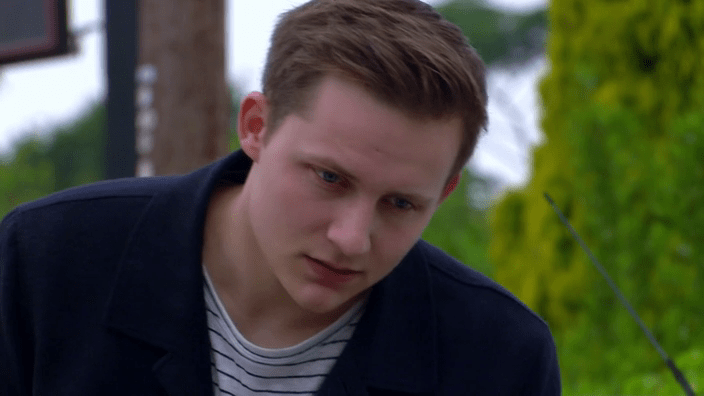 However the second Victoria is away from the baby, Lachlan sneers that he's taking the baby to say goodbye to his mother who Lachlan has chained up in a cabin.

It comes after fans spotted a major issue with Rebecca White's kidnapping ordeal.

The multi-millionaire – who is played by actress Emily Head in the ITV soap – is being held captive in a disused cabin in the woods after her killer nephew chained her up when she caught him mid murder attempt.

He was trying to murder Robert Sugden and Liv Flaherty when she walked in and stopped him. 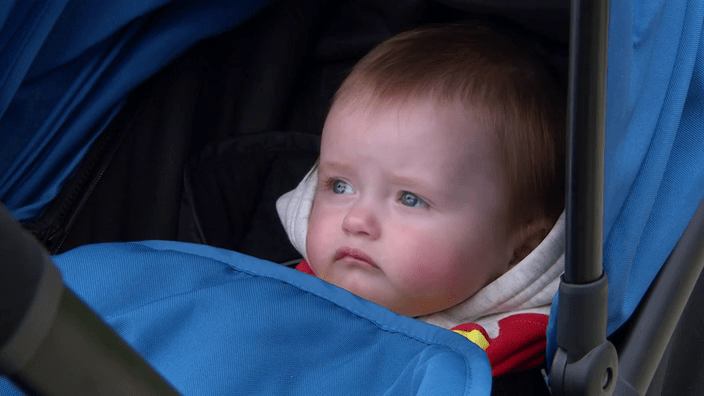 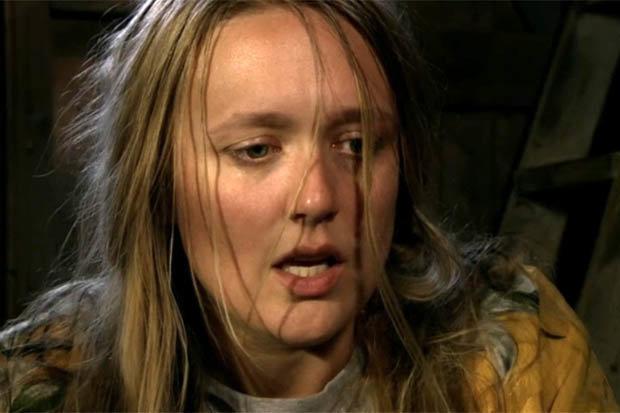 But now Lachlan has confessed all of his evil schemes to her and she's terrified he will kill her.

However fans are more concerned about where the heiress is going to the toilet during her captivity.

One wrote: "Where does Rebecca go to the toilet?"

A second said: "So if Rebecca has been chained up for nine days how she been going to the toilet? Maybe she's wearing a great big nappy?" Another added: "Where does she go to the loo I wonder?"

Last week, viewers feared the demented teen had taken another victim after he was shown with a bloodied spanner in his hands after an altercation with his aunt.

With Rebecca nowhere to be seen as he drove off from the woods, many feared the worst, but as suspicions over her whereabouts grew in the village, Lachlan had to think fast.

After a concerned Robert Sugden found her passport in her room and realised she wasn't in Ibiza like Lachlan had said, the teen left the pub and headed off to a secret location. 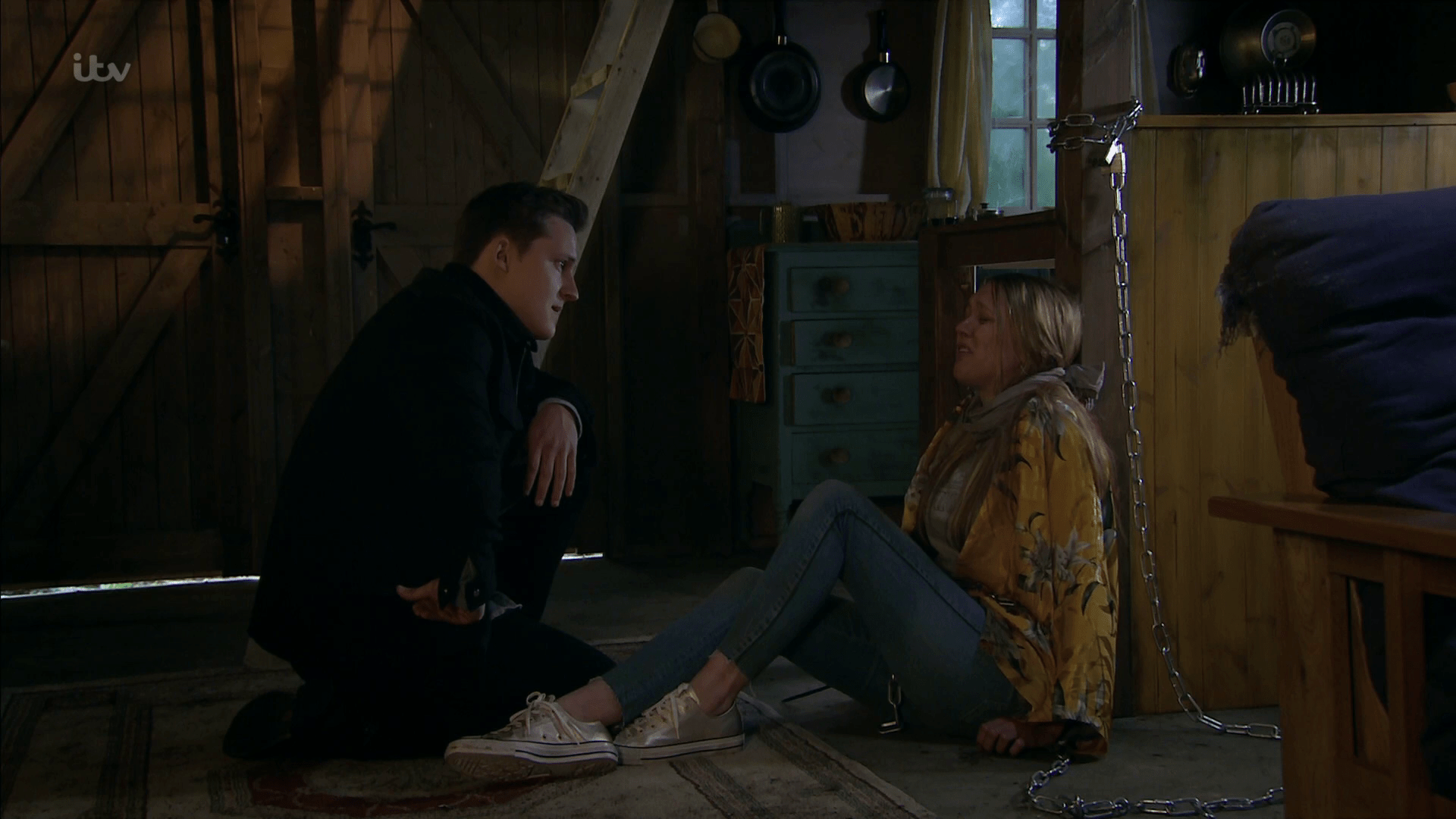 After making sure Robert and Co were off the trail back in the village, he returned to the house and spoke to a sobbing Rebecca.

"You can't keep me here forever" she cried, to which he coldly replied: "No maybe not, then again after the phone call, nobody is going to be wondering where you are for ages now, the pressure is off".

Lachlan said it gave him "time to think" about what what to do with her next.

Looking at her, he added: "You think I'm heartless don't you, but I'm not, because if I was heartless I would have killed you by now." 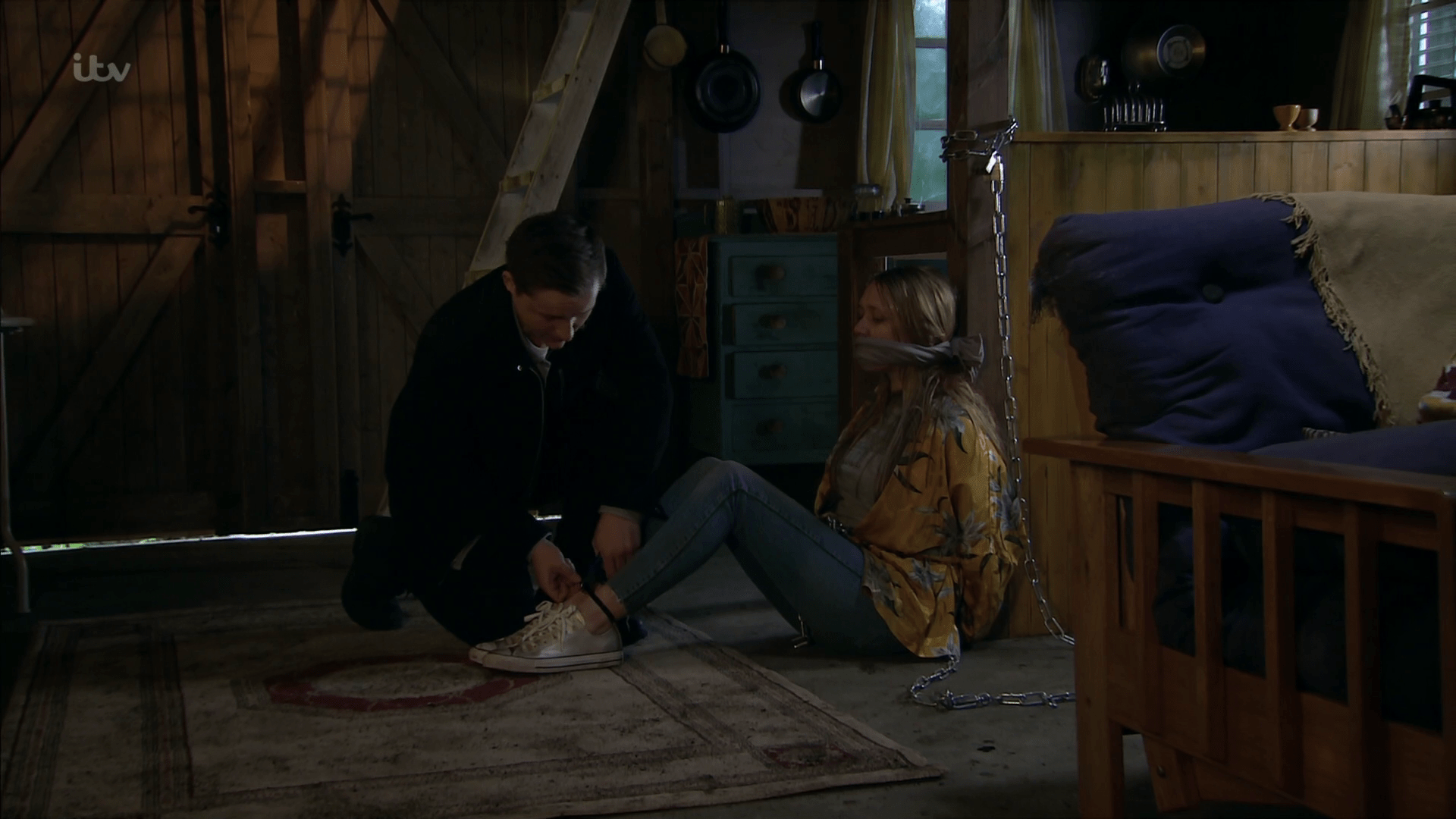 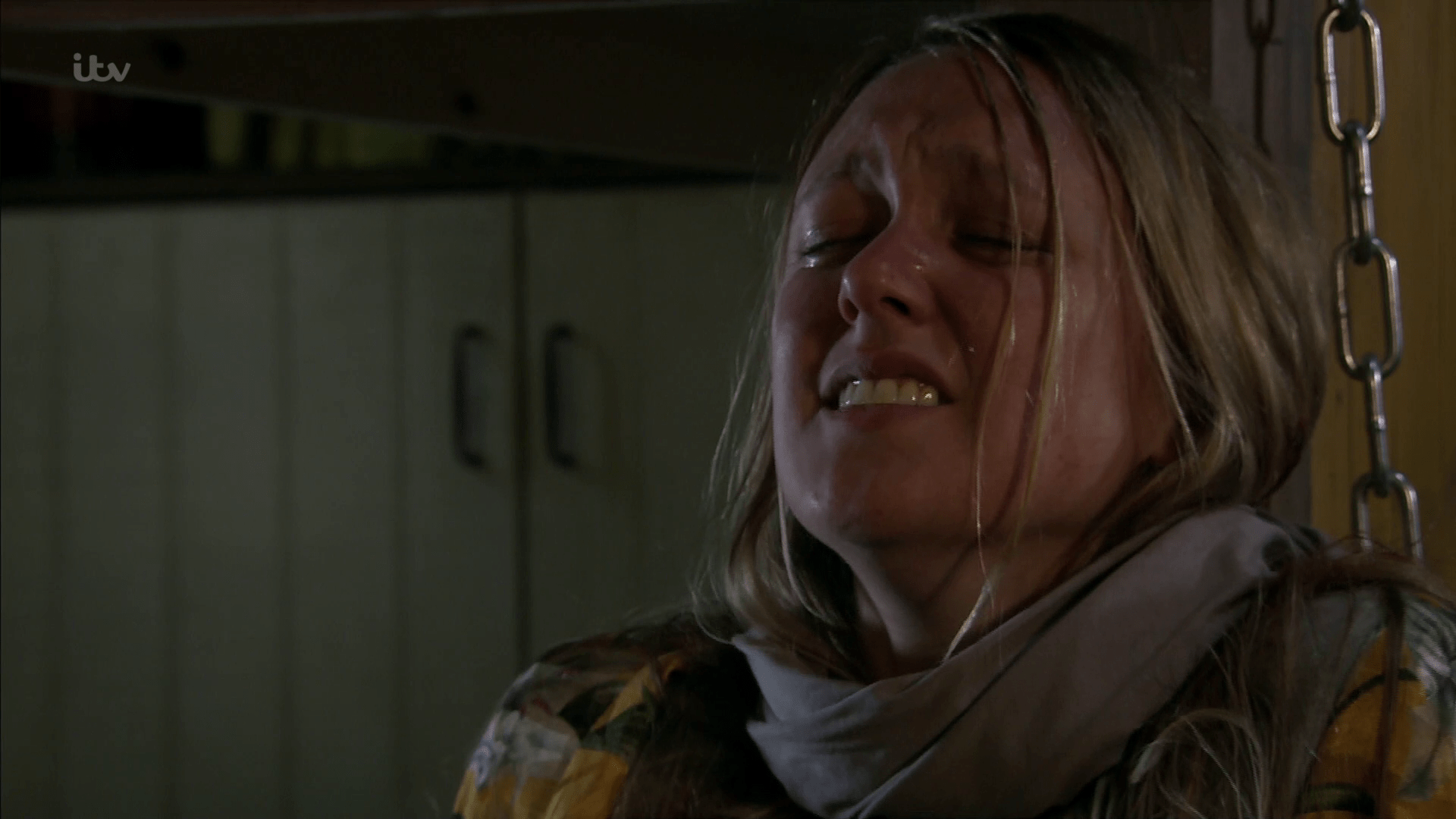 Taking to Twitter, fans shared their joy at the revelation Rebecca was alive.

One wrote: "I knew she wasn't dead…but wow Lachlan is mad…how is he going to let her go tho now he has her tied up? She would tell the police straight away surely?"

Another tweeted: "literally so relieved that Rebecca is still alive! now we just need to get Lachlan locked up!" 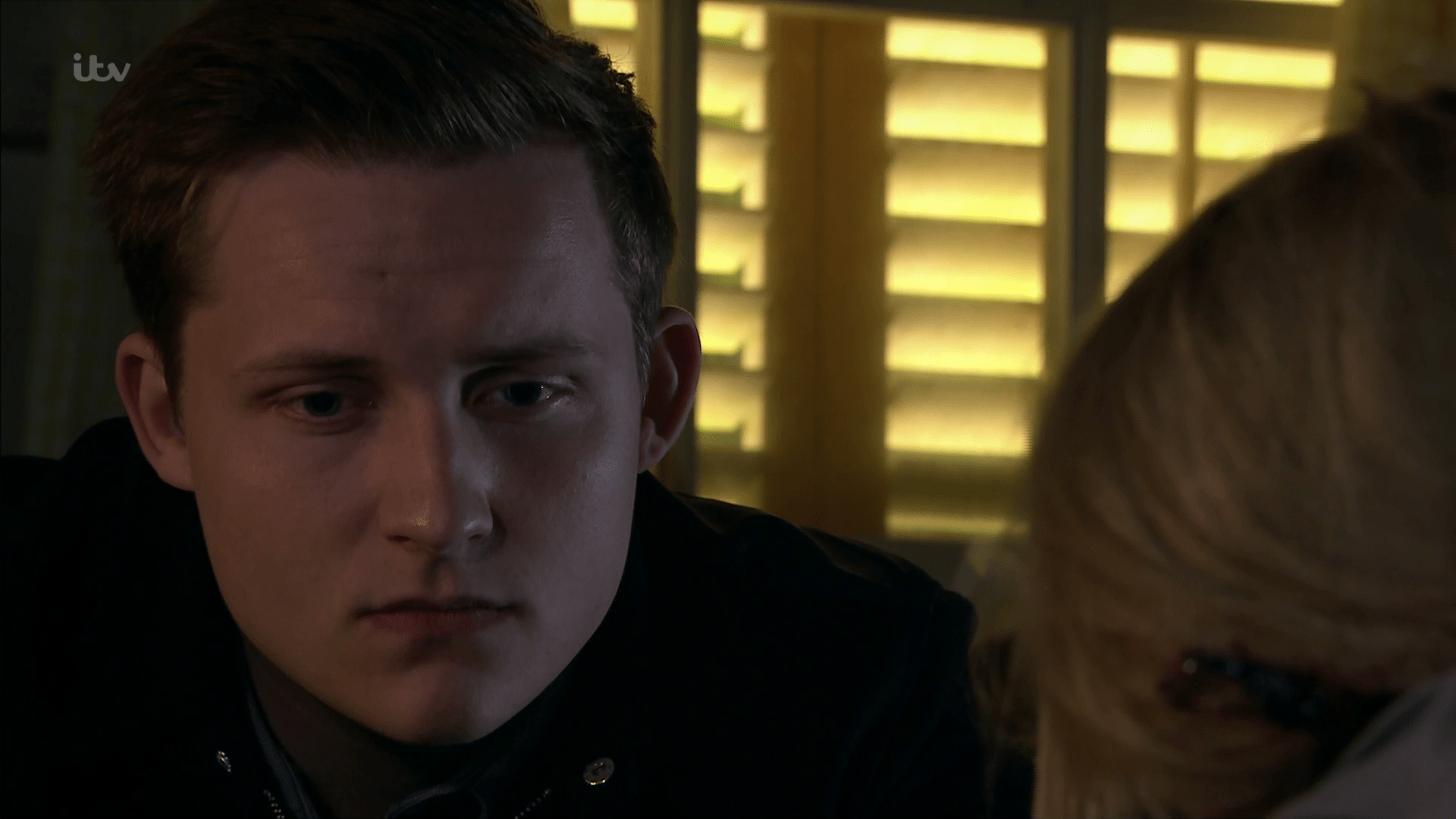 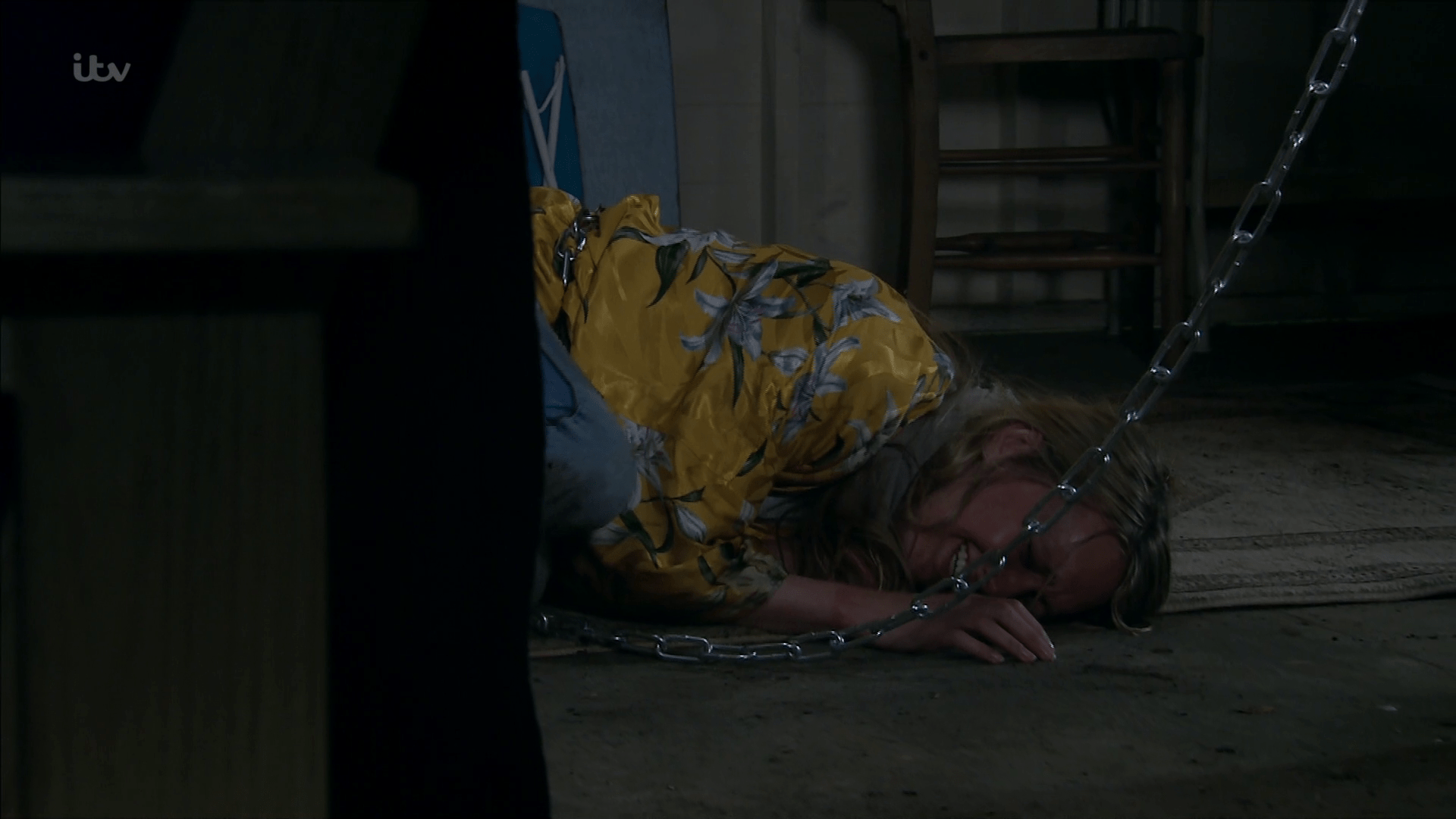 A third added: "I just shouted at the TV "Yes Rebecca is alive" #Emmerdale so glad by far one of my favourite characters."

A fourth agreed, writing: "Literally screamed at the tv. SO HAPPY REBECCA IS ALIVE!!! Love a good #PlotTwist #Emmerdale."

‘Dave’ Gets Season 2 After Beating ‘Atlanta’ Viewership, but There’s a Big Catch

Connie Culp, who got first US face transplant, dead at 57