Bernice Blackstock (played by Samantha Giles) waved goodbye to Emmerdale before Christmas and jetted off to Australia after her daughter’s father was hospitalised following a car crash. In doing so, she left behind her daughter Gabby Thomas (Rosie Bentham) and fiancé Dr. Liam Cavanagh (Johnny McPherson), which she soon dumped from afar. In recent weeks, Liam has been having a secret rendezvous with Leyla Harding (Roxy Shahidi) and it seems it is only a matter of time until their hidden romance is revealed as Leanna Cavanagh (Mimi Slinger) is onto them.

Last night, Liam and Leyla excused themselves from the christening celebrations to sneak off home for some alone time.

And today, when they ran into one another in Brenda Walker’s (Lesley Dunlop) cafe, it was clear they couldn’t keep their hands off one another and Leanna noticed.

“I told you I had a headache,” Leyla lied and they were conveniently interrupted by Brenda. 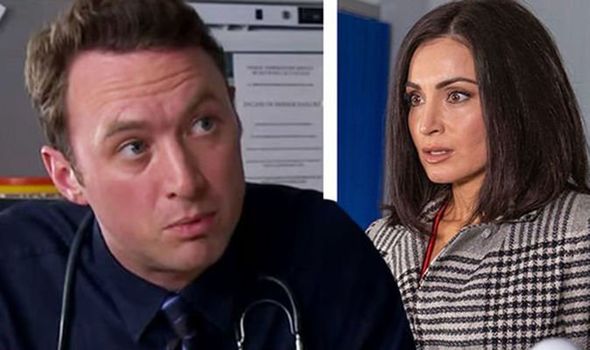 David remarked: “We didn’t order them Brenda,” but the cafe owner explained: “No they’re free samples for my most value customers, let me know what you think!”

“I think they look lovely, thank you,” Leyla replied and then Eric Pollard (Christopher Chittell) joined them.

“Eric you joining us?” Leyla asked and he said: “No I’m expecting a delivery,  why don’t you pop over later and we can have a little drink and toast this lovely little chap.”

Overhearing Eric’s remark, Liam bustled over: “The parental order? Has it come through?” 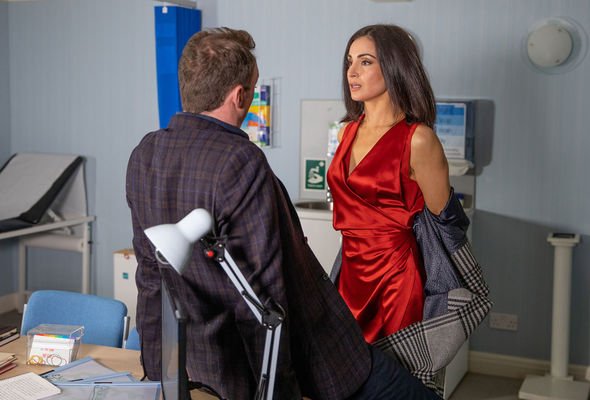 And after David confirmed it had, the doctor added: “Congratulations, that’s great news!”

The camera then cut to Leyla who was rubbing her foot up and down Liam’s leg and Leanne noticed.

Diffusing the situation, Leanna coughed and Liam remarked: “Right, well, we better hurry up if you want to get dropped off at college.”

“Yes, wouldn’t want to drag you away from anything,” Leanna stated looking directly at Leyla. 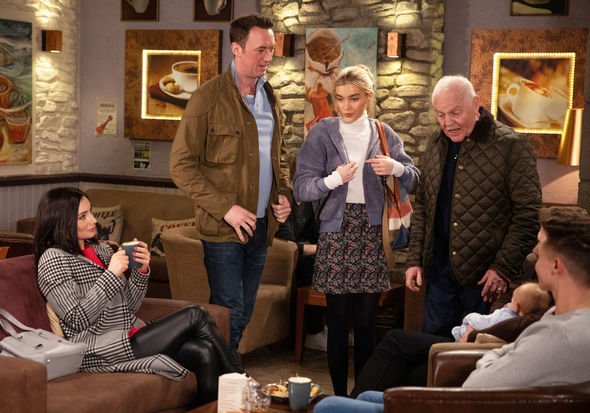 Later, in another scene Leanna joined Jacob and Gabby for a drink: “Did you notice anything weird going on earlier?”

Confused Jacob replied: “You might have to be a bit more specific, been sat here with Gabby for the last half an hour so I’ve noticed loads of weird!”

“You do crack me up, I mean earlier between my dad and Leyla,” she clarified and he said: “What about them?”

“I think theres something going on between them.  I know what I saw! It was just a moment, Leyla was rubbing her foot against his leg and he didn’t even bat an eyelid,” Leanna revealed. 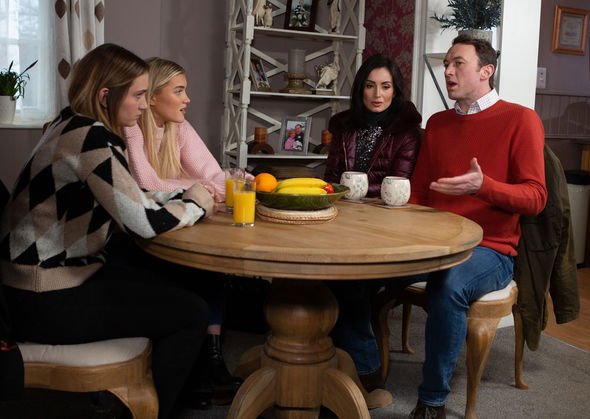 Not worrying, Jacob remarked: “Look even if your right, it’s not like before, you’re dads a free agent.”

Leyla was quick to remind him Leyla was the one to break Liam and Bernice up,  but Jacob defended his mother: “Something wrong with my mum?”

“Yes last time i checked there is a lot wrong with her,” Leanna snapped.

With Leanne so determined to get to the bottom of her dad’s secret relationship, will she sabotage his chance of happiness?

Juelz Santana Proposes To Kimbella At The Apollo