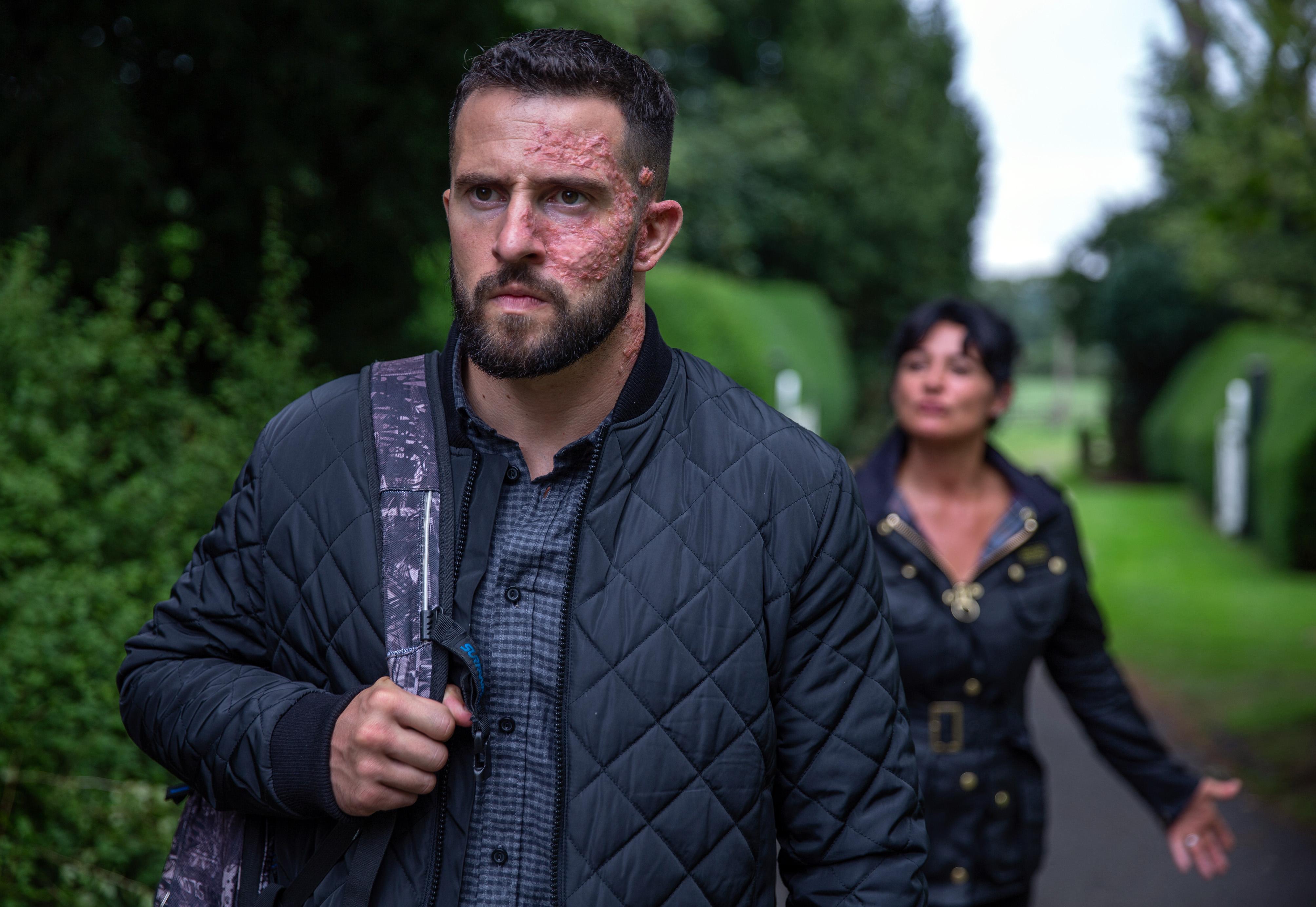 Full of venom he then heads up to Home Farm to fulfil his revenge mission.

But Ross is left stunned and frustrated when he’s confronted by a suspicious Moira.

It soon becomes clear that she’s worked out his plan and tries to talk him out of it. Will she get through to him?

Ross cleverly puts her off the scent and then spots Simon. 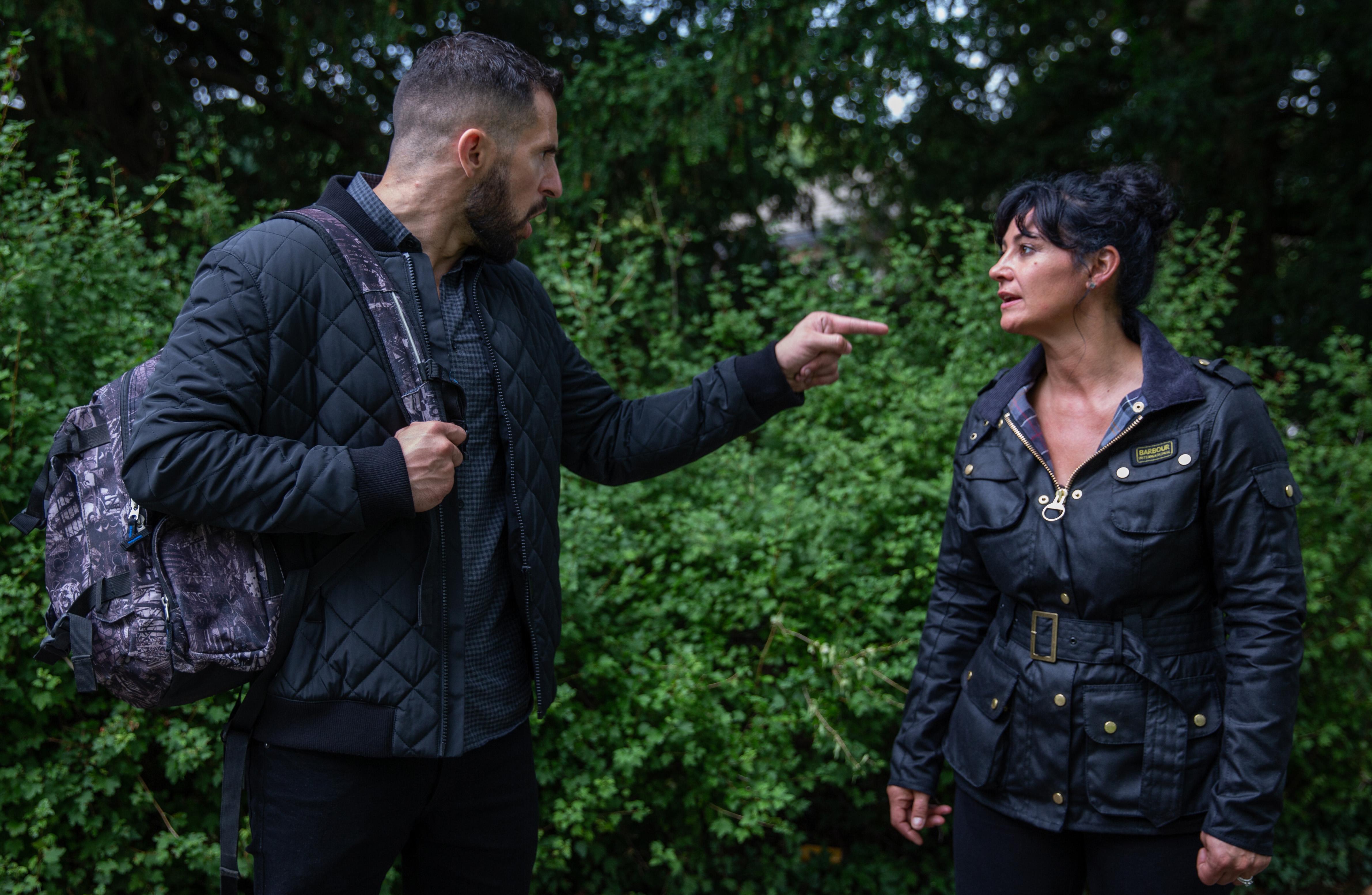 He gets the moment he’s waited months for when the two of them are finally alone and are facing up to each other.

Ross is about to attack Simon when Moira arrives and tries to intervene.

But Ross remains resolute and drags the terrified Simon to the edge of the lake.

How will this end? Will Ross finally get the truth he deserves from Simon? Or is he too hell bent on getting revenge? 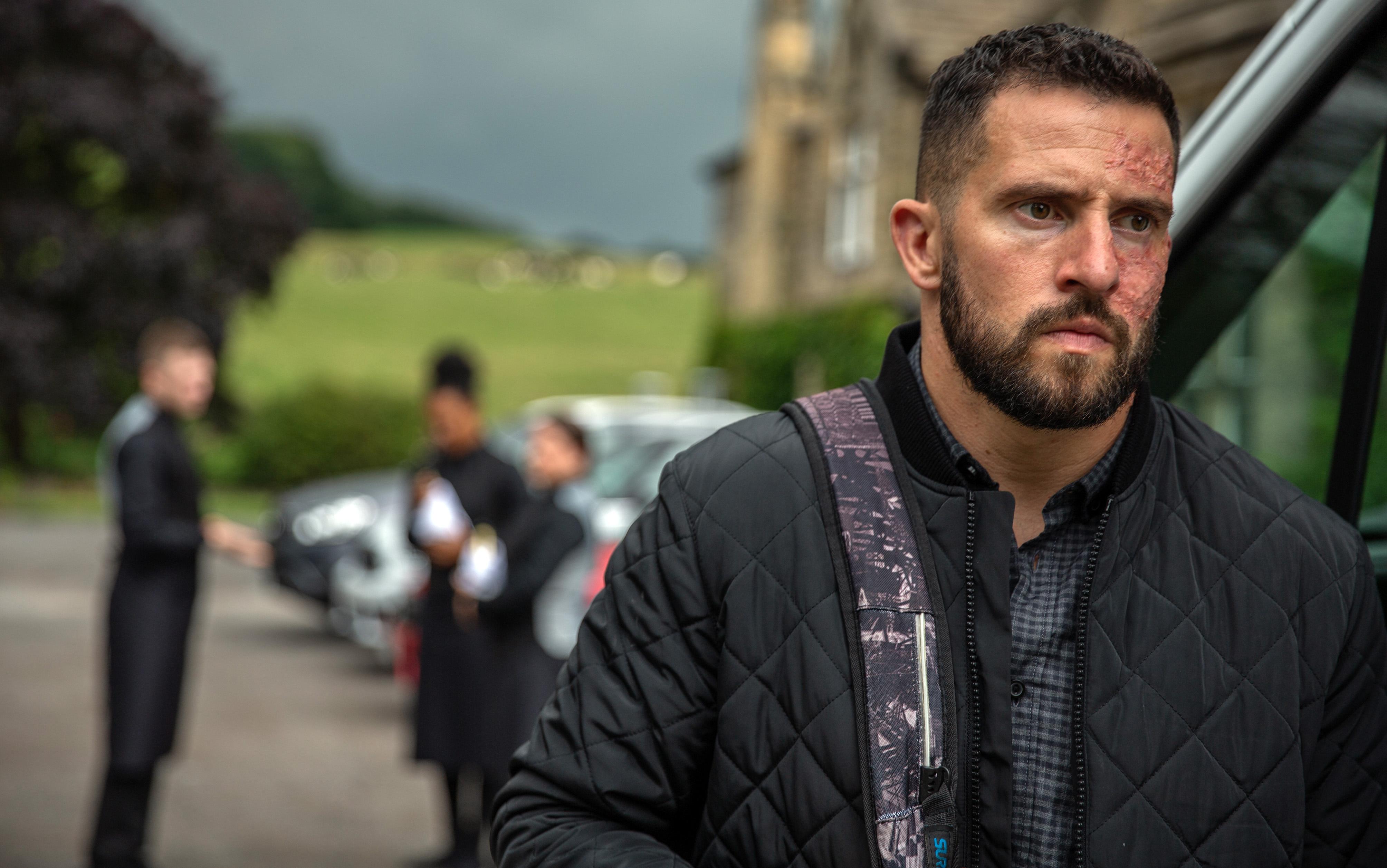 Fans of the ITV soap know that Simon – played by Liam Ainsworth – threw acid in Ross’ face in February this year after tragically mistaking him for Joe Tate.

Ross’ ex-girlfriend Debbie Dingle had paid Simon to ‘wipe the smile off’ Joe’s face after he conned her and humiliated her in a scheme to get revenge on her mum Charity who he blamed for killing his dad Chris Tate.

Simon took the instruction too literally and armed himself with the corrosive substance and threw it over Ross, who had stolen Joe’s car.