Emmerdale viewers had been trying to get to the bottom of who Vinny Dingle (played by Bradley Johnson) really was after it was revealed he wasn’t Mandy Dingle’s biological son. Now, his background has been explored in more detail and it seems the teen could be involved in a surprise romance with none other than Kim Tate (Claire King).

Vinny arrived with Mandy Dingle (Lisa Riley) under mysterious circumstances as she revealed Vinny was her secret son.

However, it soon became clear to ITV viewers this was not the case as Mandy continued to hide the truth from her family, including Vinny himself.

It later emerged Vinny was the son of Mandy’s ex-boyfriend Paul, who abandoned the teenager when he was a baby.

Mandy took it upon herself to bring Vinny up off-screen as she revealed the heartbreaking truth to him earlier this year. 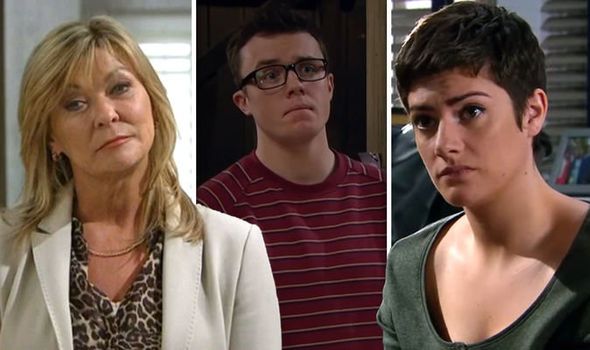 He felt forced to tell the truth after Samson (Sam Hall) was caught in some family tension after he pawned his late mother Alice’s wedding ring.

However, Mandy soon stood up for her son and spoke out about his upbringing, confessing Paul left the pair for good just before Vinny started school.

Mandy adopted Vinny to stop him from going into care and has been keeping quiet about his background but luckily the news hasn’t affected Vinny’s place in the Dingle family. 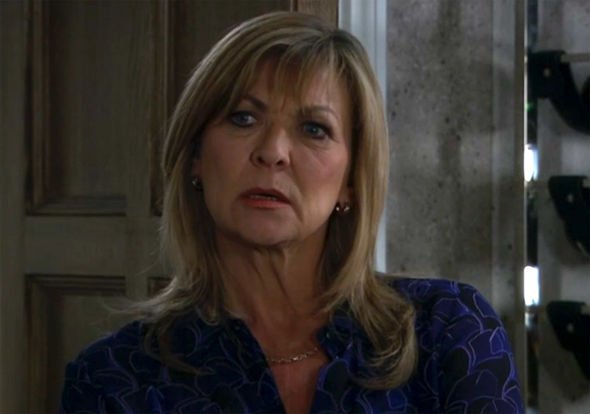 With the news now out in the open, he was accepted by the Dingle family and is feeling more settled into life in the Dales.

Now, it seems Vinny could be set for romance as Bradley Johnson, who plays the quiet teen, told Inside Soap who he would love to see his character with.

Speaking to the magazine, Bradley said: “I think Vinny’s at that age where he thinks he’s a bit of a ladies’ man, which he probably isn’t!”

“He’s a bit of a geeky character, and we’ve seen a bit of him fancying Belle (Eden Taylor-Draper).”

Bradley added: “However, since Graham’s (Andrew Scarborough) gone, Kim Tate is without a love interest, so Vinny could be her toy boy!

“I don’t think he would be particularly fussy about who he’s with, though!”

Could Vinny end up getting involved with evil Kim and embark on an unexpected affair in a bizarre twist?

Kim is currently caught in a family feud of her own as her daughter-in-law Andrea Tate (Anna Nightingale) and Jamie (Alexander Lincoln) moved out of Home Farm.

Andrea plotted to get Kim sent down for Graham’s murder as she was convinced she had enough evidence to prove she committed the crime.

It was later revealed to be Pierce Harris (Jonathan Wrather) who was the true culprit but it didn’t stop Andrea from being on the warpath.

Pierce was sentenced to life in prison but Kim has found it difficult to maintain things with her son now his marriage is back on with Andrea.

Will she manage to get her relationship with Jamie back on track or will Andrea convince him to turn his back on her for good?

Emmerdale continues on Friday at 7pm on ITV

Digestive issues could be first symptom of coronavirus, study says