Emmerdale star Eden Taylor-Draper has revealed that her character Belle Dingle is pregnant.

The ITV soap hinted at the storyline twist in Thursday evening’s double bill (May 17), as Belle warned her boyfriend Lachlan White that she had something to tell him.

Belle didn’t get a chance to elaborate further, as Lachlan was distracted after killing Gerry Roberts and the villagers were left shocked to find Gerry’s body among rubble at the B&B.

However, in a new chat, Eden revealed exactly what Belle wanted to tell Lachlan before hearing the tragic news about Gerry.

“I have no clue what Belle would do if she knew the truth about Lachlan – probably break up with him maybe! I don’t know though, she’d still love him so I’m not sure.

“I think they have both been through a lot over the past few years and she does love him.” 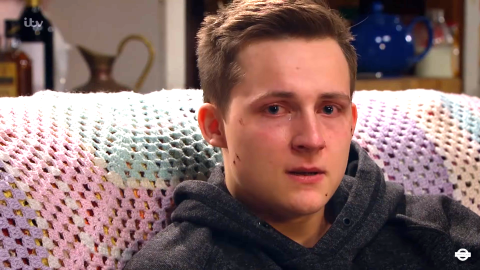 Asked how Belle feels about being pregnant, Eden replied: “I think deep down she’s over the moon, but because of Gerry’s death, Lachlan is all over the place when she tells him.

“Belle is over the moon and she couldn’t be happier. I think it’s something that they both truly want at that point.

“Later on, Belle accidentally gets pushed by Aaron and all her family find out she’s pregnant before she’s actually told them.”

Digital Spy Soap Scoop video – hit play below for all the latest Emmerdale spoilers, as a shock shooting rocks the village and Brenda is accused of taking revenge.