Emmerdale star Ned Porteous has thanked the fans after his character Joe Tate exited the show.

Although Cain Dingle punched Joe and made him hit his head on a rock, it was actually Graham Foster – played by Andrew Scarborough – who finished the job.

Porteous thanked Scarborough in particular for making his time on the soap as great as it was. 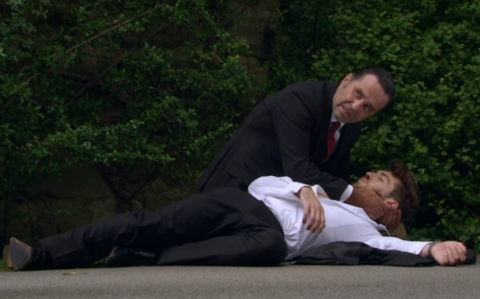 “Working with Andy Scarborough was amazing because it made me instantly feel comfortable working, and we formed a really strong bond and we became really close off set,” he said.

“It was a very comfortable working environment, having so many scenes with Andy, and being able to bookend my entire time here working with Andy Scarborough is brilliant. I really truly hope I get to work with him in the future.

“I just want to thank everyone for their viewing support, and for now all I can say is see you later.”

Speaking to media about his character’s death, Porteous confirmed that the exit is permanent.

“It was tremendously exciting filming all of this last bit to the story, as there had been a lot of build-up to this point,” he said. “We knew the course of this storyline for a good deal of weeks beforehand, so we had a lot of time to emotionally prepare for what was going on in the scripts.

“I don’t suppose I really had thought too much about the fact I was actually going to be leaving and maybe I wasn’t quite emotionally prepared – but everyone was just so bloody lovely on my last day, so it was a little emotional.” 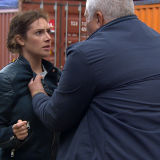 Digital Spy Soap Scoop video – hit play below for all the latest Emmerdale spoilers, as Victoria finds herself in danger and Sarah is finally getting a new heart.