Anthony and flamed-haired Dianne hit the skids last month due to work commitments but it seems they just can't keep away from each other. 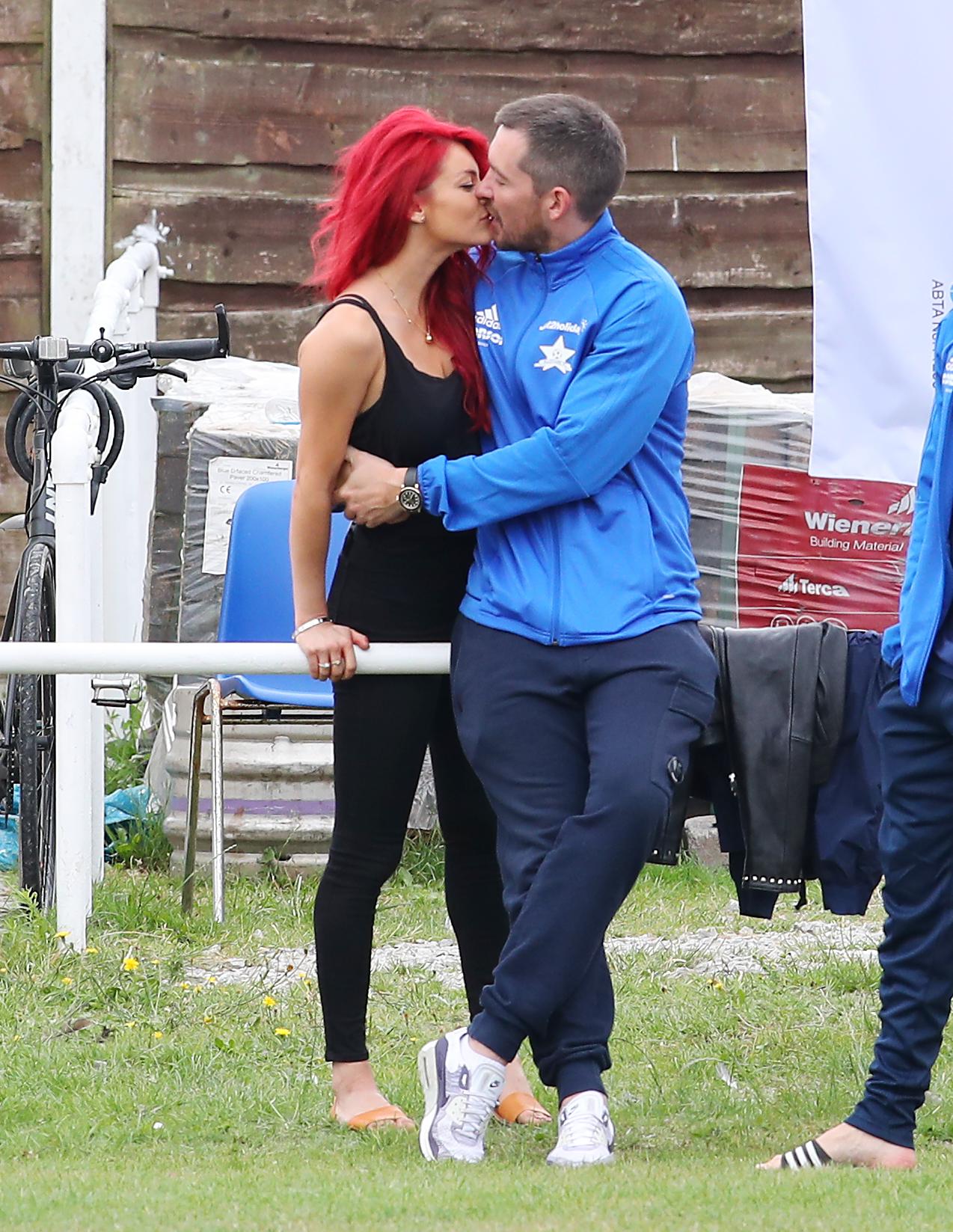 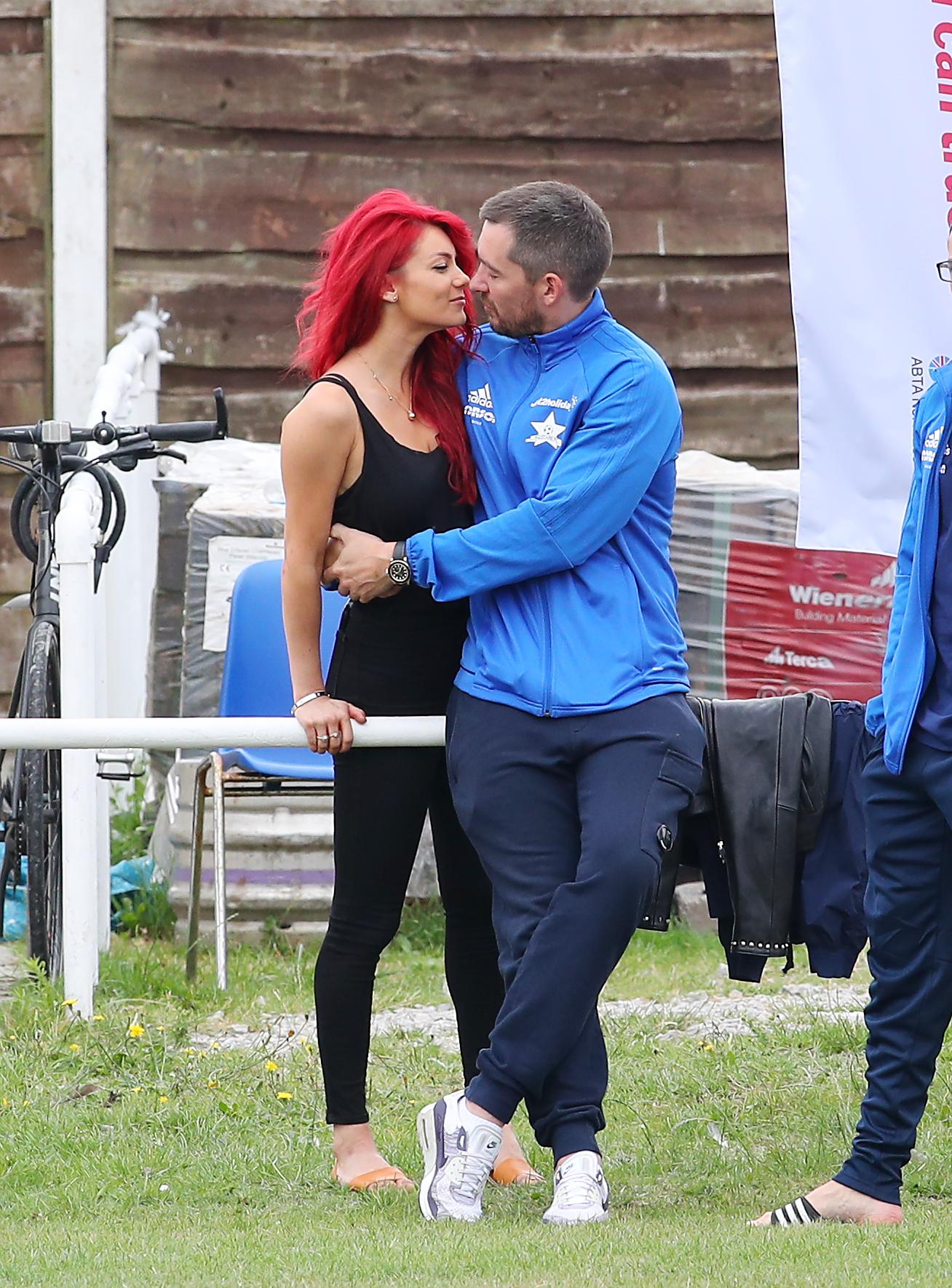 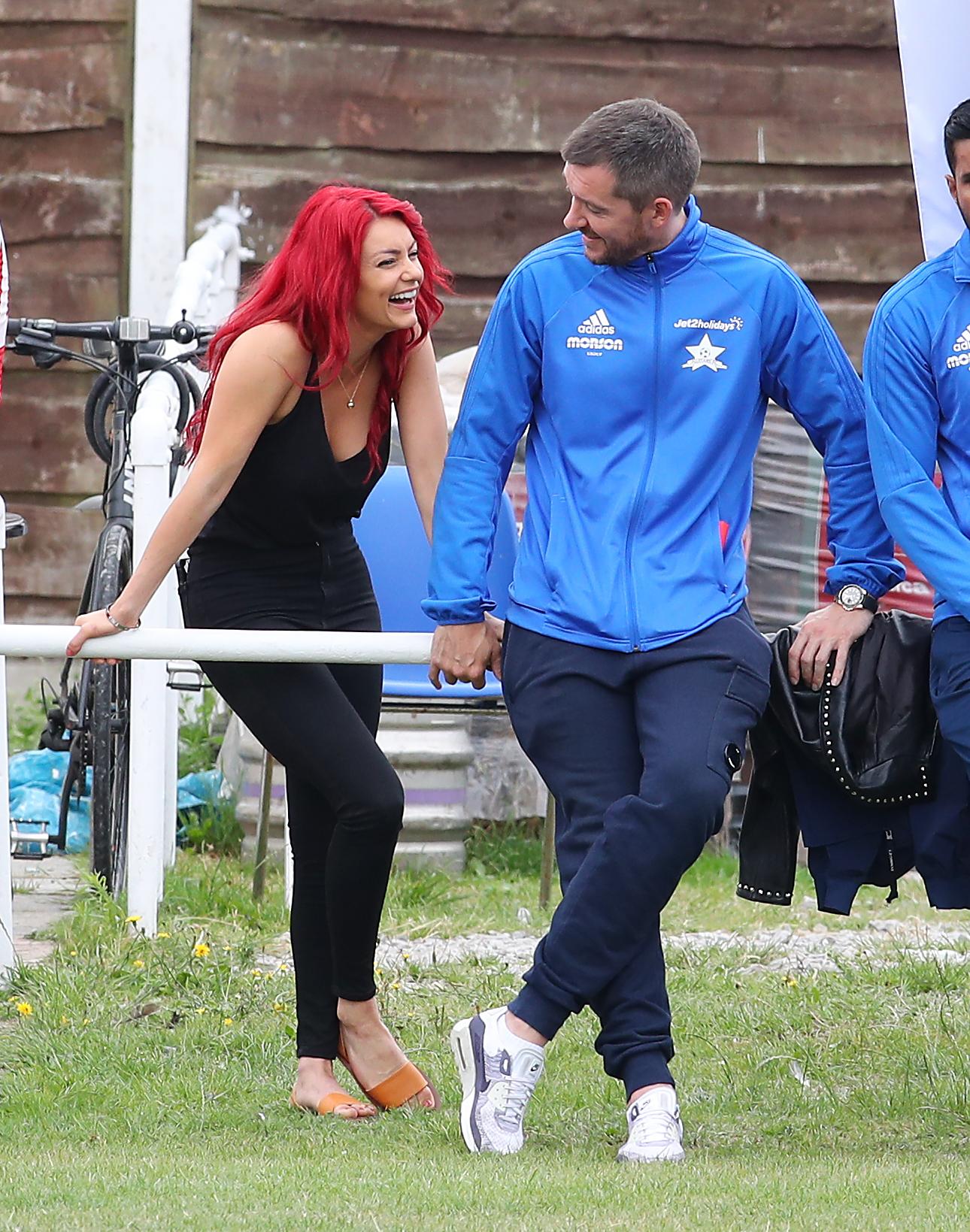 The couple were snapped at a charity football match in Manchester on Sunday and looked seriously loved-up on the sidelines.

While sharing a laugh together, Anthony was seen putting his arms around Dianne's waist and pulling her close for a smooch.

Anthony was unable to play in the game due to an injury but he looked more than happy on the edge of the pitch with his girlfriend.

Dressed in a black vest top and leggings, Dianne also appeared relaxed and comfortable with her man. 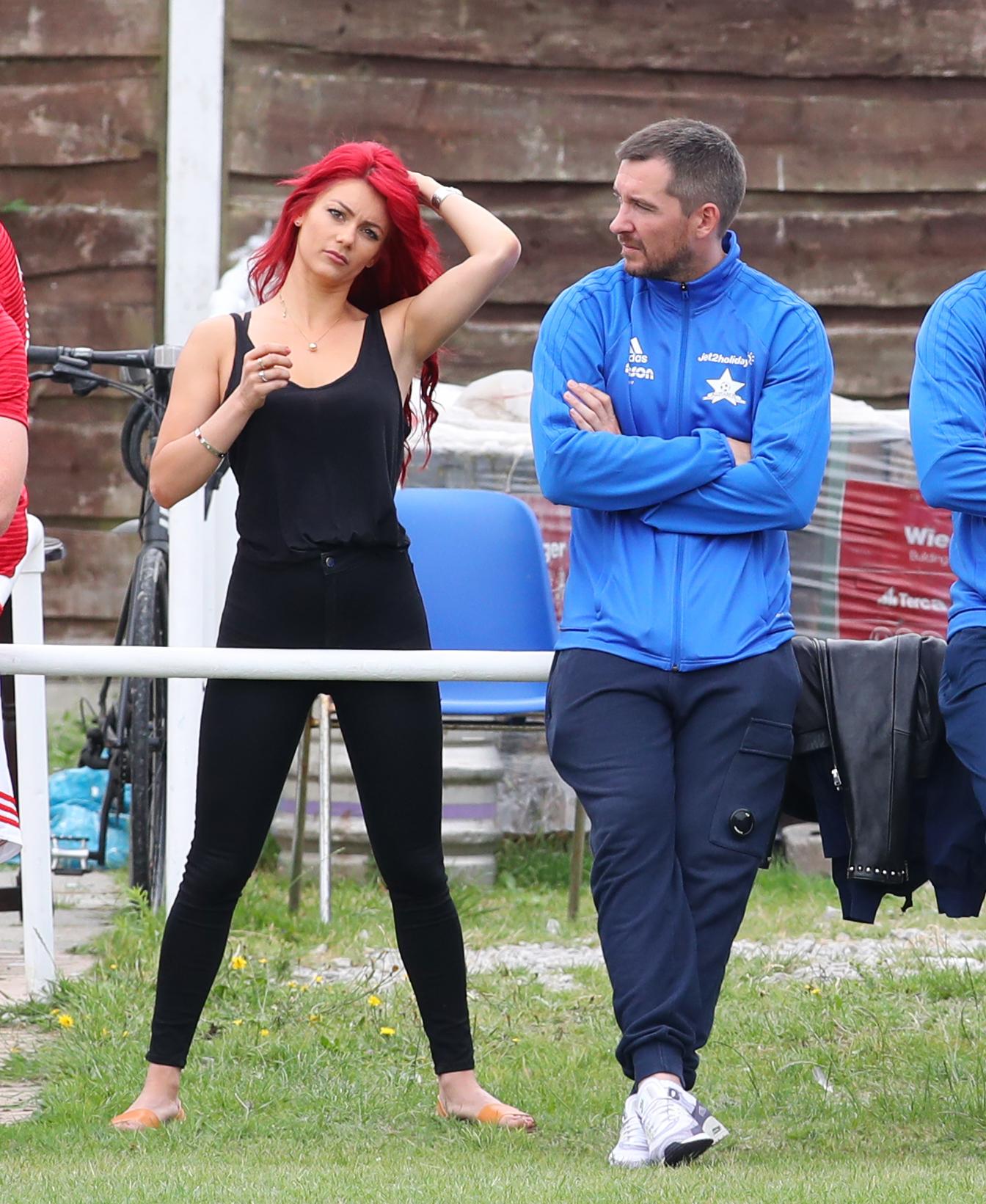 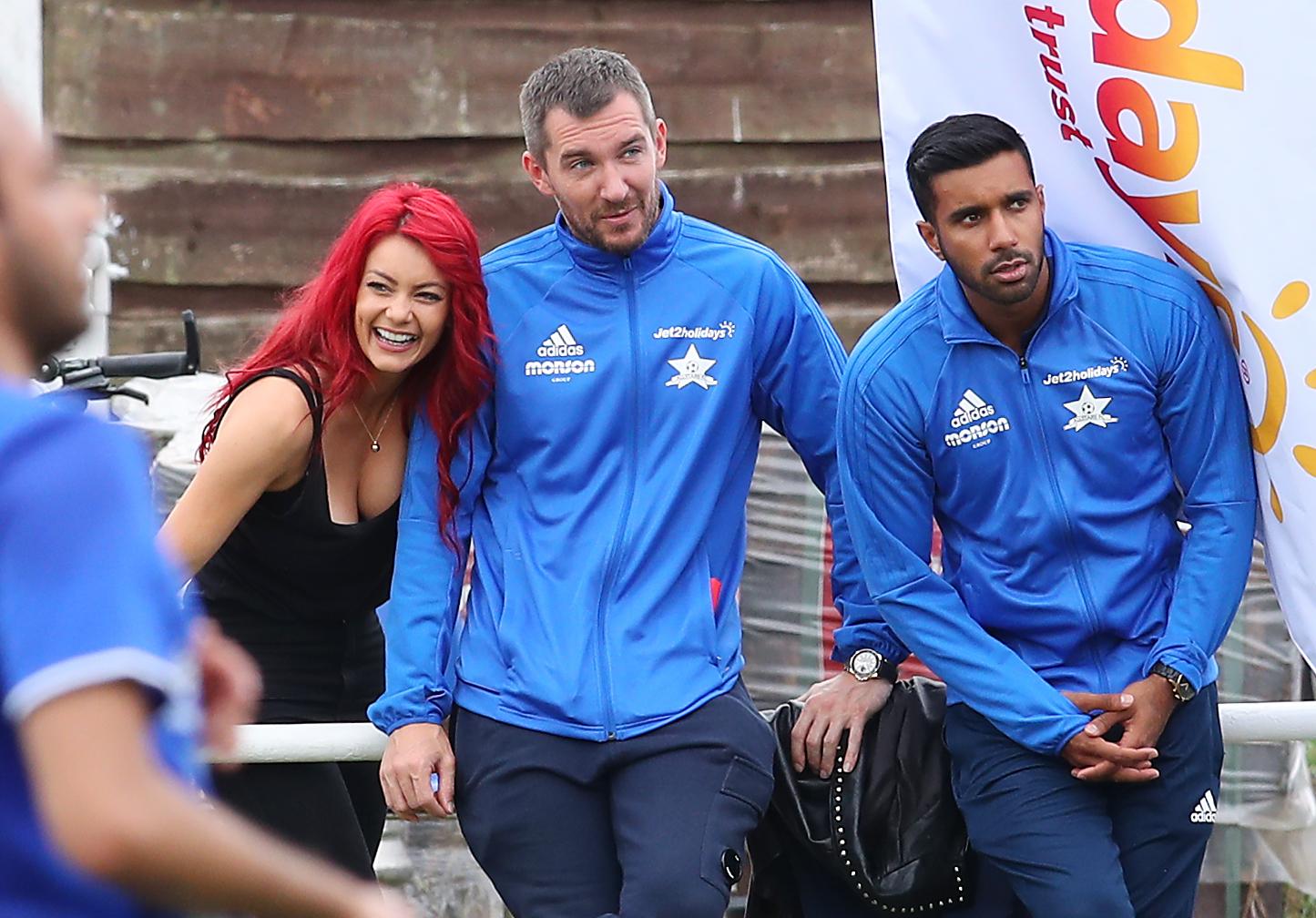 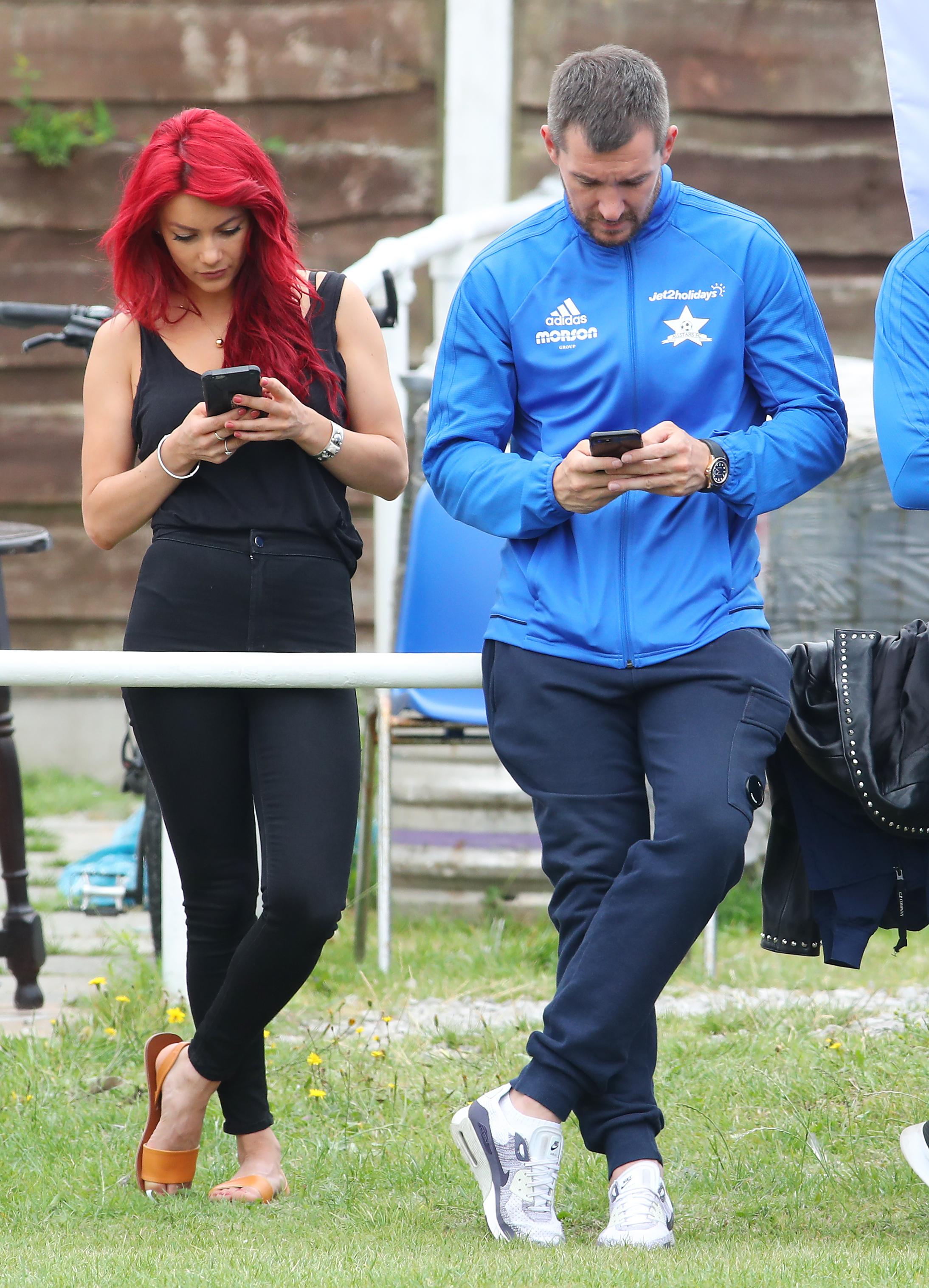 Last month, The Sun's Bizarre exclusively revealed that Anthony and Dianne had decided to take a break from their relationship.

The couple were introduced to each other last December by Anthony's Emmerdale co-star Gemma Atkinson, who was appearing on Strictly Come Dancing.

But their romance was said to come under strain due to distance.

At the time, a TV insider said: “Anthony and Dianne insist the split is down to job commitments, as she’s based in London for Strictly and he’s mostly in Leeds filming Emmerdale.” 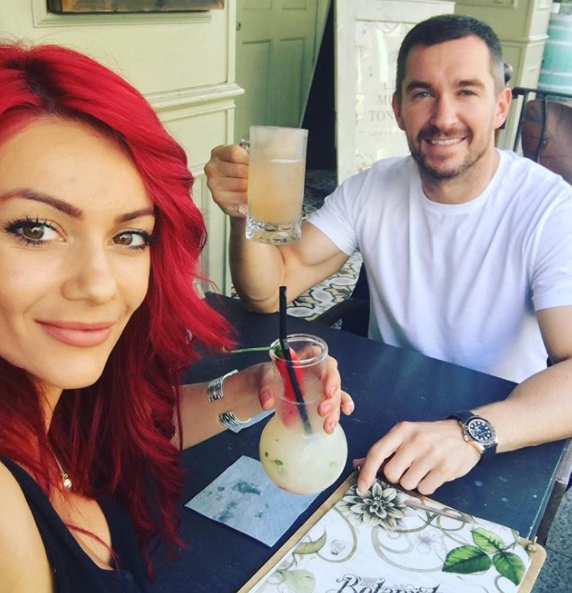 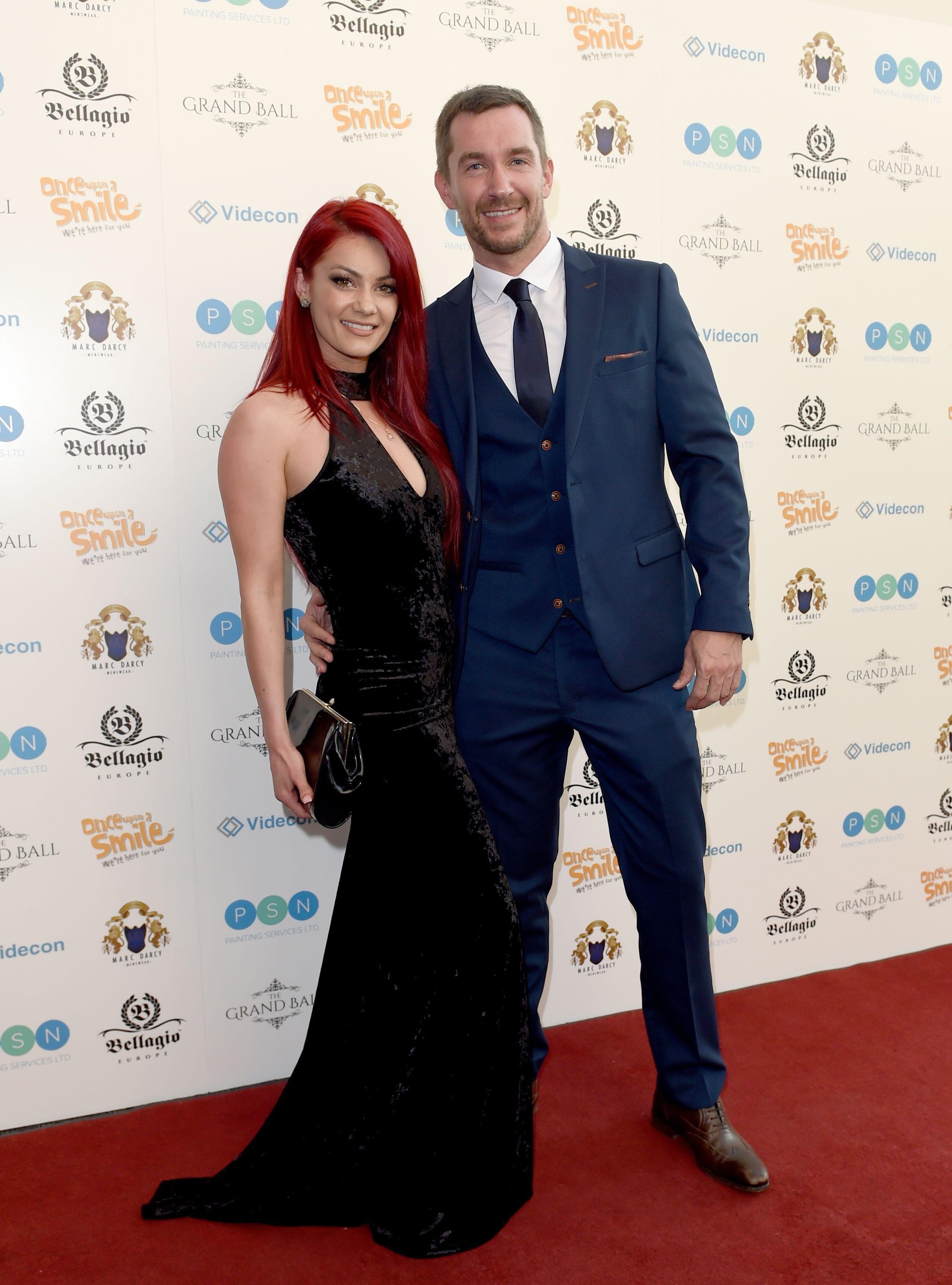 Given this weekend's display, however, it seems the miles aren't enough to break Anthony and Dianne.

Following the football game, which saw the Jet2 Celebrity All Star Football Team take on Christie's Hospital Team, the couple headed out for cocktails together.

Fans were quick to comment, with one saying: "What a lovely photo, your faces are full of happiness and love."

At the same match, Corrie star Alan Halsall showed off his dramatic weight loss as he took to the pitch.

Alan and Lucy-Jo Hudson split for good in May after nine years of marriage, and the Sun Online then exclusively revealed she has moved on with Lewis Devine.

The rise, rise and fall of Karl Stefanovic

Emily Blunt on the ‘daunting’ task of playing Mary Poppins