Emmerdale‘s Daz Spencer considers making a shock exit from the village next week.

Daz (Mark Jordon) decides that it might be best to leave quietly after drunkenly confiding in Kerry Wyatt with a huge secret.

Viewers are about to see a big new storyline begin for the Spencer family, as news reaches the village that Amelia’s mum Ali has died.

When the heartbreaking revelation takes an unexpected toll on Daz, he drowns his sorrows at The Woolpack and lets slip a bombshell secret to Kerry (Laura Norton). 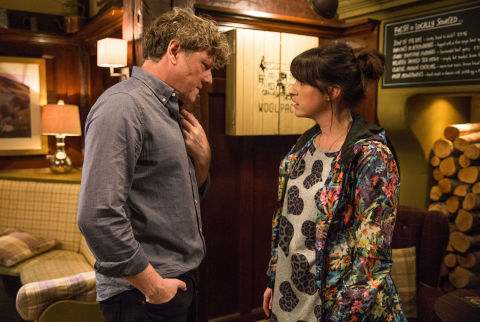 Next week’s episodes see Kerry struggle after Daz’s revelation, wondering whether she can really protect his secret – especially with Dan in the dark.

Even after Daz takes the time to explain the full story, Kerry is still conflicted over where her loyalties should lie.

Clearly nervous about what might happen next, Daz packs his bags and tries to make a low-key departure from the village – but his girlfriend Bernice Blackstock catches him and fears she’s to blame.

With Daz at a crossroads, it’s left to Kerry to step in and urge him to stay. But can she help Daz to find answers to his own questions and tell everyone the truth? 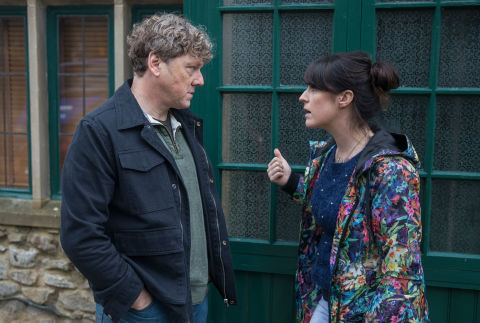 Emmerdale airs these scenes on Monday, April 30 at 7pm on ITV.

Digital Spy Soap Scoop video – hit play below for all the latest Emmerdale spoilers, as Ross faces his attacker in court and a shock death rocks the Spencer family.

Attention, ‘To All The Boys’ Fans: Lara Condor Is Dating A Real-Life Peter Kavinsky