Home » TV & Movies » Emmerdale's Debbie Dingle and Joe Tate get engaged – but will Graham Foster try and split them up?

Emmerdale fans saw Debbie Dingle have a pretty surprising change of heart tonight (September 5) as she agreed to get engaged to Joe Tate.

She brutally rejected a prior proposal from Joe while her daughter Sarah was awaiting a heart transplant, telling him his timing was well off – but it seems now may just be the perfect time.

Viewers were mostly delighted to see the two of them engaged (if not for a few people who are kind of grossed out by their marital relation), but after seeing Graham Foster make another suspicious call after receiving the news, some think he’s going to try and split them up.

Graham, who made his return to the soap tonight after coming back from rehab, has been making calls to a mystery person for some time now. And who ever it is, Graham seems to think they won’t be happy to hear about Joe and Debbie’s engagement.

But will he try and interfere with their relationship? 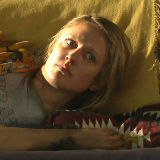 Digital Spy Soap Scoop video – hit play below for all the latest Emmerdale spoilers, as Rebecca could finally be rescued and Sarah faces a life-or-death operation.

Jason Priestley Is 'Heartbroken' over Shannen Doherty's Cancer Diagnosis: 'I Reached Out to Her'

Winc Wine Club Will Change How You See Subscription Services

Lala Kent Has Moved On From Her Friendship With James Kennedy: ‘I’ve Evolved as a Person’