Okay, that’s not as catchy as the usual opening to Saturday Night Live, but this year’s Emmy Awards may well feel like an all-star SNL episode with its choice of hosts.

The Television Academy has signed up the NBC sketch comedy show’s Weekend Update anchors Colin Jost and Michael Che to host the Emmys live coast-to-cast this year, in addition to promising special appearances from other SNL cast members. 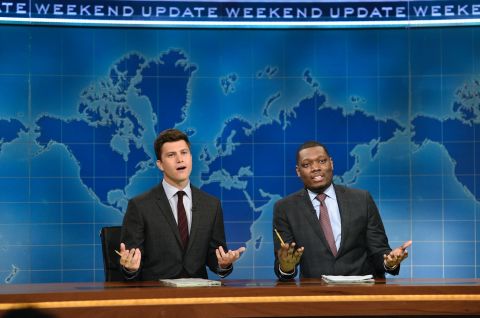 The comedy duo joked on Thursday (April 26): “We’re proud to be the first duo hosting the Emmys since Jenna Elfman and David Hyde Pierce, and somehow that’s a real fact.”

Jost and Che are following in the footsteps of many former Saturday Night Live stars who’ve fronted the Emmys over the decades, including Eddie Murphy, Conan O’Brien, Andy Samberg, Seth Meyers and Jimmy Fallon.

“NBC is thrilled to be the home of this year’s Emmy Awards and with Colin and Michael in the driver’s seat as hosts, along with surprise appearances by other cast members of Saturday Night Live, I think we are in for one of the funniest awards shows in a long time,” NBC chairman Robert Greenblatt said in a statement. 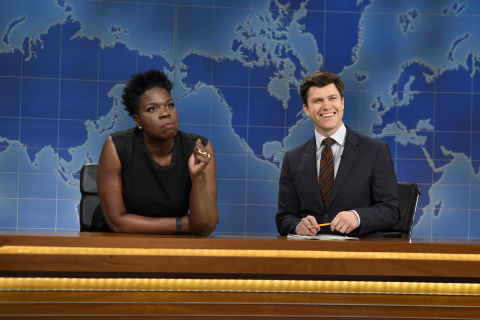 The biggest news so far about this year’s TV gala is that Game of Thrones producers plan to submit Emilia Clarke and Kit Harington in the leading actress and actor categories for the first time ever, thus shaking up the awards race considerably.

Nominations for the 70th annual Primetime Emmy Awards will be announced on July 12, with the ceremony airing in the US on September 17 on NBC.