Escape to the Country: Guest comments on 'wonky floors' of house

The popular BBC property hunt show saw presenter Sonali Shah showing Debbie and Nigel from Leeds around some beautiful Peak District homes. Today’s Escape to the Country episode saw the couple left impressed with all three homes they had viewed, and although one was ideal for what they were after, they rejected it due to a location deal breaker.

The couple, who are hoping to retire soon, was aiming to find their dream property in the popular tourist area of the Peak District and were shown three homes.

Nigel loved the idea of having a pond in the garden, and Debbie wanted the perfect kitchen and bathroom.

Speaking about the compromises they may have to make, Nigel said: “In the end, I know that a happy wife makes for a happy life, and I know who would win.”

They explained they were after a traditional home and were open to single-storey conversions, but a nice garden with a utility room would be a great bonus. 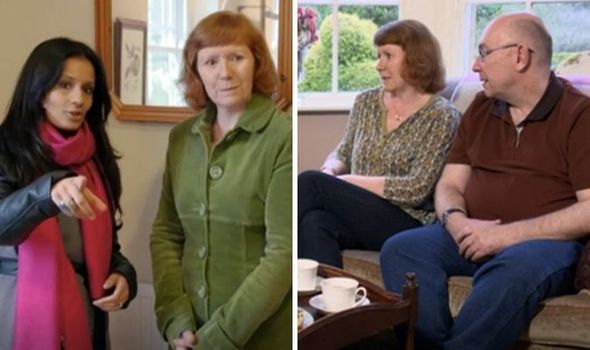 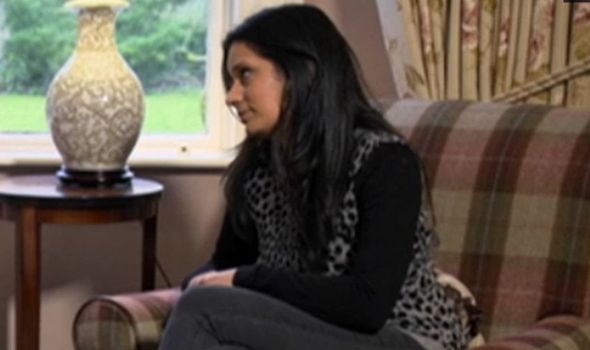 The first on the list was home in Chelmorton, the highest village in Derbyshire, and one of the highest in England.

It dated back to the 1800s and used to be a cowshed before being converted over a decade ago.

Nigel thought the limestone was “promising” and liked the look of the outside at first. 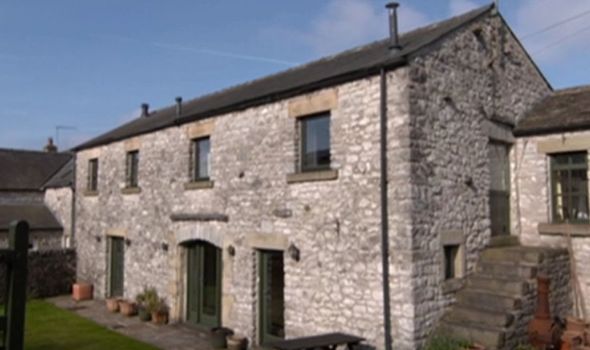 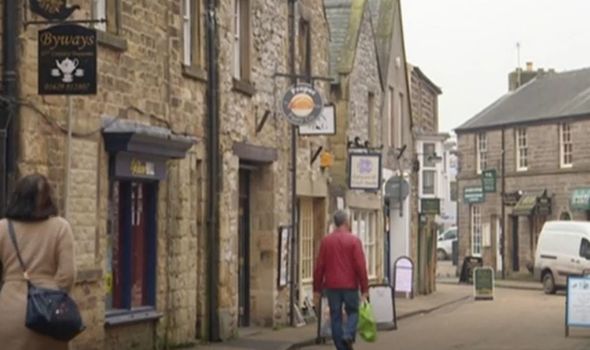 The handsome barn was renovated to a high standard, with plenty of character and a bright country kitchen

The couple said they were happy with all of the downstairs, and while exploring the next floor, said they were pleased with the countryside views and the bedrooms’ sizes.

But it wasn’t long before Sonali picked up on a negative vibe from the couple. She said: “I’m not expecting you to jump for joy, but I do sense some hesitation.”

Nigel said: “I think it’s because this is the first house that we’ve seen, and I’m very impressed with it.”

“Yes, we’re impressed with it,” Debbie added. “We can’t compare it to anything else at the moment.”

Nigel admitted that the garden was smaller than what they had hoped for, but still liked the layout and look of it.

Another off-putting feature for the couple was that it was partially attached, which they hadn’t wanted.

However, they said this alone wouldn’t deter them from the house. Sonali unveiled the price of the house, which was on the market for £475,000 – within the couples’ budget and with enough left over to install a pond.

“That’s a reasonable price and it’s a lovely house,” Debbie said. But there were still more houses to explore.

Next, the couple viewed a property in The Brund, on the Derbyshire/Staffordshire border for £450,000.

Debbie and Nigel also loved the “mystery” house they were shown, which was located in Bakewell, Peak District.

The location appealed to them more than anything and made the couple more willing to explore other places on offer in the town.

The house was on the market for £495,000. And although Nigel loved the house, Debbie wasn’t completely sold.

But the couple agreed that Bakewell seemed the ideal area for them, which Nigel described as “spot on.”

When it came to the moment of truth, Debbie said their favourite had been the mystery house, purely due to the location.

Sonali asked: “So, the other houses are not in the picture anymore for various reasons?”

“Probably not,” Debbie replied. “Which, in a way, is quite sad because the first house was a gorgeous house, and you did so well on everything we’d asked for but we’re just not sure if it was the right location.”

Sonali added: “In terms of, not location itself, but height?”

Nigel explained: “I’m just aware that that particular village is very high above sea level and I’m just thinking in the winter when the weather forecasters say there’s going to be snow, particularly on higher ground, that’s where the higher ground is.”

“Well, we’ve got the ball rolling,” Sonali concluded, as the couple seemed set on a new location – Bakewell.

Escape to the Country airs on BBC One at 3pm on weekdays.