Home » TV & Movies » Every MCU hint and Easter egg from the Spider-Man: No Way Home trailer 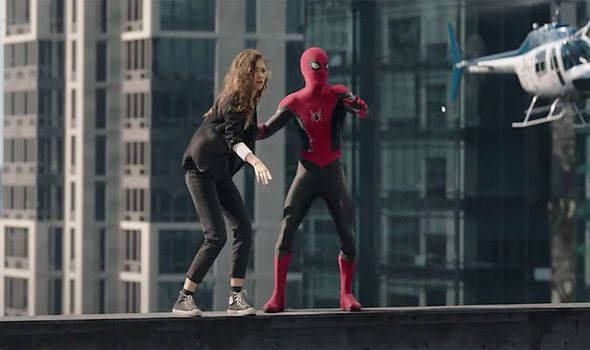 Since its introduction in Loki, the multiverse has attracted a wealth of attention – and it’s set to explode in the next year with No Way Home followed by Doctor Strange and the Multiverse Of Madness.

Spider-Man is the entry point for many in this regard, capitalising on the nostalgia of previous Spidey films and the established characters that are widely adored – many of whom are making a return for the film.

The latest trailer has offered an insight into what fans can expect from the film and The Watchers have identified a number of Easter eggs and MCU hints that may have gone under the radar for some.

The Statue of Liberty is a staple of New York, which itself is a staple of the MCU and home to the majority of the heroes we have grown to love – one of which has been honoured in a new makeover.

A regular feature in the trailer is the Statue of Liberty, which is undergoing a makeover with the addition of a Captain America shield – something that fits well as he’s regularly known as the Sentinel of Liberty.

Chris Evans’ Cap has of course left us following Endgame, though the shield has been passed onto Sam Wilson. As we saw in the series, he faces difficulties establishing himself but finished very much as the new Captain America – so questions could be asked as to whether No Way Home is set before Falcon and the Winter Soldier completes its arc.

Dr. Octopus is one of the (many) villains returning for No Way Home and it appears he has some new tech to work with, as close-up shots show his arms flaunting the red we’ve become accustomed to seeing with Iron Man.

Tony Stark’s character is another departure from the franchise following the events of Endgame. But he will not be forgotten – and the fact Dr. Octopus appears to have his hands on some Stark tech opens the door for future arcs of the MCU.

Don Cheadle is set to star in the Armor Wars series on Disney+, which is expected to center around the battle to stop Stark’s technology from falling into the hands of others following his death.

In the same moment we see Dr. Octopus’ arms appearing to show some new gear, we also get perhaps the strongest line of the trailer – as he demasks Spider-Man before declaring ‘you’re not Peter Parker’.

He is, of course, referring to the fact that Tom Holland didn’t portray the Spider-Man he came up against in Spider-Man 2, Tobey Maguire. This may be the first big hint that there are indeed multiple Spider-Men in the film.

Another strong line from the trailer is Dr. Strange’s declaration that is the fate of all the villains appearing that they die at the hands of Spider-Man – something Holland’s Spidey doesn’t appear to care for.

Dr. Octopus, Green Goblin and Electro all perished at the end of their respective battles with Spider-Man and it appears they’ve been plucked from their timelines before this occurs.

Crucially though, we didn’t see Sandman or the Lizard perish. So it may be that while they are characters and actors we know, they are coming from a part of the universe that we haven’t yet seen.

Strange’s rather, well, strange comment regarding the fate of the villains plays well into one of the big questions that’s hovering ahead of the film – is that really Dr. Strange that we are seeing?

The big giveaways so far are ignoring Wong’s warning not to do the spell, as we saw in the first teaser, and him stating that it is the villain’s ‘fate’ to die.

However later on in the film he appears to be fighting alongside Spider-Man, suggesting his view has changed.

Does Dr. Strange change during the movie? Mephisto rumours continue to plague the MCU but that would be quite an introduction, so perhaps he has been replaced by a Skrull – something that will be explored in Secret Invasion, starring Samuel L. Jackson, next year.

Moving forward with the Dr. Strange changes, it appears that his altered attitude also led to the creation of a new suit for Spider-Man – with a smart black and gold look that’s arguably the best we’ve seen in the MCU to date.

Most importantly, it seems this new suit is magically enhanced as we see a scene where Spidey has runes around his wrist.

It’s unlikely Spider-Man is creating the spell himself, so it seems a given that it is a power tied into his new attire.

In a scene that is set to mimic the death of Emma Stone’s Gwen Stacy from Amazing Spider-Man 2, MJ is shown falling as Tom Holland’s Peter Parker desperately reaches out to try to save the girl he loves.

Whether he succeeds remains to be seen but it could be the perfect introduction of Andrew Garfield’s Spider-Man, who failed to save Gwen but could redeem himself by saving MJ – which would be quite the introduction.

Moving into the bigger hints for the movie, we are shown a second Goblin Glider that looks significantly different from Willem Dafoe’s Goblin ride – which may point towards confirmation of a continued fan theory.

In the build-up to No Way Home, we have seen a number of hints that Spidey’s best friend Ned Leeds could make an appearance as the Hobgoblin – and this serves as the latest evidence to support such a claim.

If that is the case, it’s likely to be Ned from another universe and not the one we’ve seen regularly in the MCU to date.

During a big battle scene at the revamped Statue of Liberty, a few cosmic lines appear in the background – eerily similar to the lines we saw at the end of Loki, where Sylvie’s execution of He Who Remains led to the unleashing of the multiverse.

This could hint at the battle coming as the risk of the multiverse folding in on itself increases, while it’s also likely to serve as a direct hint to a future MCU movie.

There has been speculation that Tom Holland will appear in Dr. Strange and the Multiverse of Madness but, even if he doesn’t, it would serve as a direct introduction to next year’s movie.

Finally, in perhaps the biggest hint we’ve spotted in the trailer, it appears that certain aspects of scenes had crucial bits missing – with Marvel and Sony appearing to cover up one of the movie’s big developments.

The return of Tobey Maguire and Andrew Garfield is still yet to be officially confirmed, despite a number of leaked images and speculation, with the two companies still trying to keep things under wraps.

However, a big hint came during a battle scene where the Lizard appeared to be diving towards nobody and, in international trailers, the same scene showed the Lizard being struck by an invisible object.

Could that be where one of the other Spider-Men is supposed to be?

Miley Cyrus Asks the Jonas Brothers About Their Purity Rings