Home » TV & Movies » 'Evil' Season 2: What Is Happening With Sheryl? Here are 2 Theories

Evil just aired its season 2 penultimate episode, and the stakes feel highest for one character: Sheryl. Despite Kristen’s battle with her inner demon, David’s cold feet about the priesthood, and Ben’s girlfriend trauma, it’s Sheryl who seems to be heading down the darkest road.

And it’s unclear how much Leland has to do with it. At this point, some fans wonder what’s happening with her personality and decisions. More than a little bit is off with her, but there are a few theories out there about what’s driving all the lying, conniving, and other worrisome behaviors. There’s only one more episode left for this season of the TV show, and things are getting shadier for her. 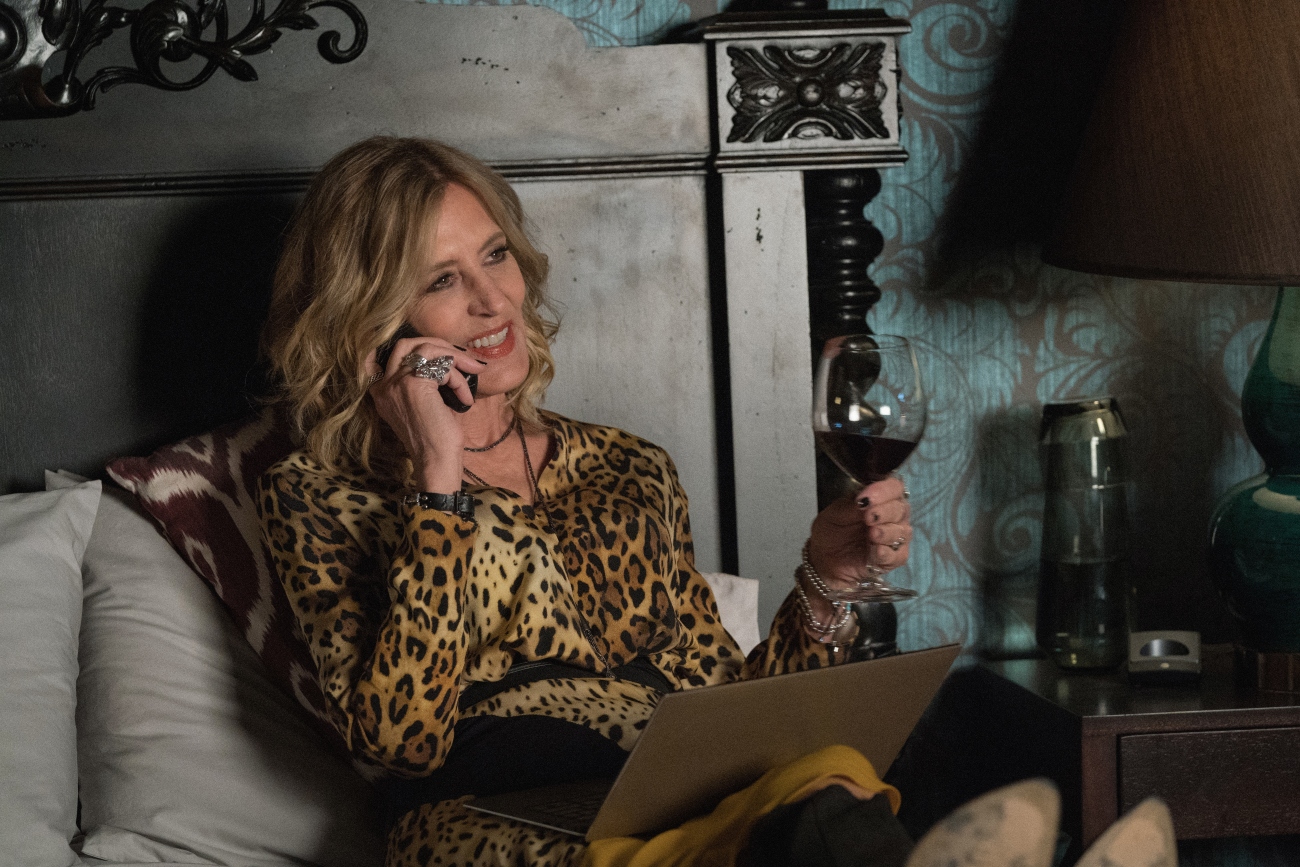 Is Sheryl under hypnotic control?

Sheryl was already ten toes down with the odd doll worship, but it’s been magnified since she started hanging out with Edward. What did he and Leland do to her when they paralyzed her and stuck that tube into her leg? One minute, she was terrified and immobile, and the next, she’s bouncing around wearing coordinating outfits with Edward.

Is there something in that intravenous fluid that makes her more susceptible to his whims? It’s unclear, but now we see that every time he utters “daffodil,” Sheryl ups and smacks someone. In episode 12, Edward whispered something to her in the elevator and she complied. Who’s really in control? Edward the influencer has some explaining to do, and that means revealing whether he’s hypnotized her.

Blood baths, formaldehyde treatments, and dating app victims and in body bags — Sheryl is on her own evil mission. There are some fans who think Sheryl may be playing some sinister game with Leland. She’s checking off sigils, collecting creepy dolls for her altar, and challenging him. But is she really acting against him as a form of payback?

Her Eddie doll setup at home is a solo act — save for the time she tried to force Lexi into worship — but Leland is not present for her prayer time. That could indicate she’s trying to play a weird game of one-upmanship to leave him in the dust. The only question is what’s the prize? Is she playing for her family’s safety or is it to be part of Edward’s demonic network?

Actor Christine Lahti made a small reference to her character on Instagram with the caption, “And Leland thinks he’s using me!” That’s the only blatant clue viewers have about Sheryl’s intentions.

Between her doll gang and the trinity prayer she performed at the end of the episode, it’s concerning. Sheryl could be ingratiating herself to become some sort of demon seed incubator, a demon queen, or the ultimate Bouchard family protector. She’s a wild card who doesn’t seem to have loyalty to anyone but herself. Whatever it is that she’s doing, part of her drive stems from her “mutual hate” dynamic with Leland. They toasted to that.

Evil’s Season 2 finale may answer Sheryl’s riddle or put her and her family in a deeper, darker hole than where they began. Kristen’s murderous ways, Lexi’s demon DNA, and Sheryl’s penchant for Evil make us wonder if any of this will have a peaceful resolution. Stayed tuned for the finale on Oct. 10, and an upcoming season 3.

Ampleforth College is locked down after warning of ‘armed man’