But on Monday night’s ATL Homicide, we see she was killed by either her husband rumored to be abusive and controlling or her married lover who was said to be filled with jealousy.

Her husband, Roy Lewis McKinney, likely had a strong rage and anger motive over her affair with Brown to kill his wife, Shaquilla.

It was McKinney who reported Ms. Weatherspoon, then 29, missing in 2002. He was ultimately sentenced for her killing in 2005.

But was it Roy who did the deed? 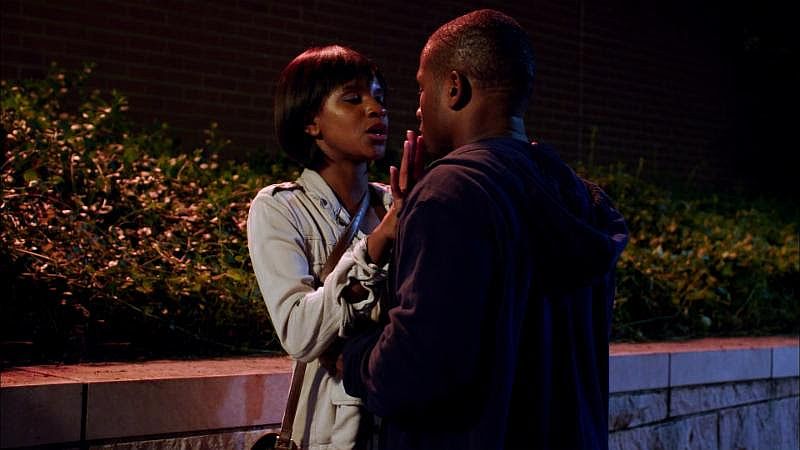 Five days after she was reported missing by Roy is when her decomposing body was discovered in the woodlands off Atlanta’s Greenbriar Parkway.

The medical examiner reportedly had a hard time determining her cause of death. To the detectives arriving first on the crime scene, her corpse looked staged, making it appear to be purely a robbery gone wrong.

It gets more convoluted as it comes out in law enforcement interviews that Shaquilla and Roy were in an “open marriage” and that each person had affairs. But the man she was allegedly having the affair with at the time of her death was Tony Brown. He was married, too, and was allegedly an irrationally jealous person.

Detectives Quinn and Velazquez investigate those closest to her to find the killer. But sifting through the odd assortment of evidence the killer had placed around her body made the crime almost as bizarre as the life she led.

Was it rape or was it something else? One thing is for certain, Shaquilla Weatherspoon’s life of secrets and intense personal relationships with the wrong men guaranteed her an early grave.

Read our interview with Detectives Quinn and Velazquez!

ATL Homicide is where we now convene with Quinn and Velazquez as they each recount their personal experiences solving these cases, along with astonishing dramatic recreations that put us in squarely the middle of the investigation.

Velazquez takes us through the case files of Ms. Weatherspoon and works through the evidence and motives of her jealous husband and her crazed lover. Each man was capable and had issues controlling anger.

Ms. Weatherspoon worked hard for her family to provide, working a night job at Grady Hospital. At the end of the day, Shaquilla was also a mother and her death shattered her family and loved ones.

Veteran homicide detectives David Quinn and Vince Velazquez of Atlanta PD unravel this complicated lover’s triangle and sort through who could have done this to a woman who barely had time for herself let alone two demanding men.

Tune in tonight as Quinn and Velazquez are redefining the true crime genre with their reenacted one-hour episode and their commentary and voice over that will give answers to cold cases and unsolved dramatic murders in Atlanta.

Also, ATL Homicide has shared important safety tips in a bonus video for fans as well:

These Shoes Contain a Drop of Human Blood. Nike Does Not Approve.