The actress, 31, applied pressure was seen pushing her palms firmly into her co-star’s belly rather than their chest, as advised by experts including the British Heart Foundation and St John Ambulance. 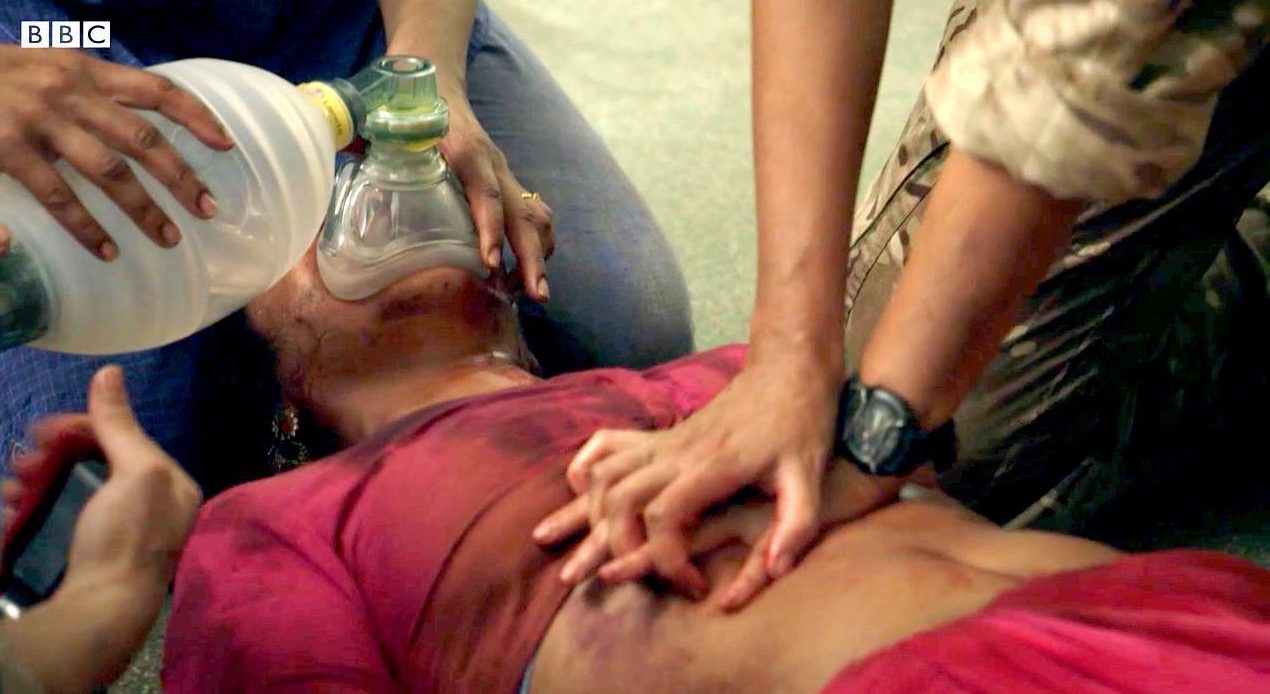 Former Coronation Street star Michelle’s character, soldier Georgie, tried but failed to save a Bangladeshi woman who had been beaten with a stick.

But viewer Robyn Parry quipped: “I mean, she died after getting CPR on her stomach, so I’m really not surprised by that.”

Fellow fan Clare Waterworth said: “I’m no medical expert but I thought chest compressions were supposed to be done on the chest not the stomach.”

And Reece Doonan said: “I mean I know it’s only a programme but what on earth was that CPR and bag valve mask action on.” 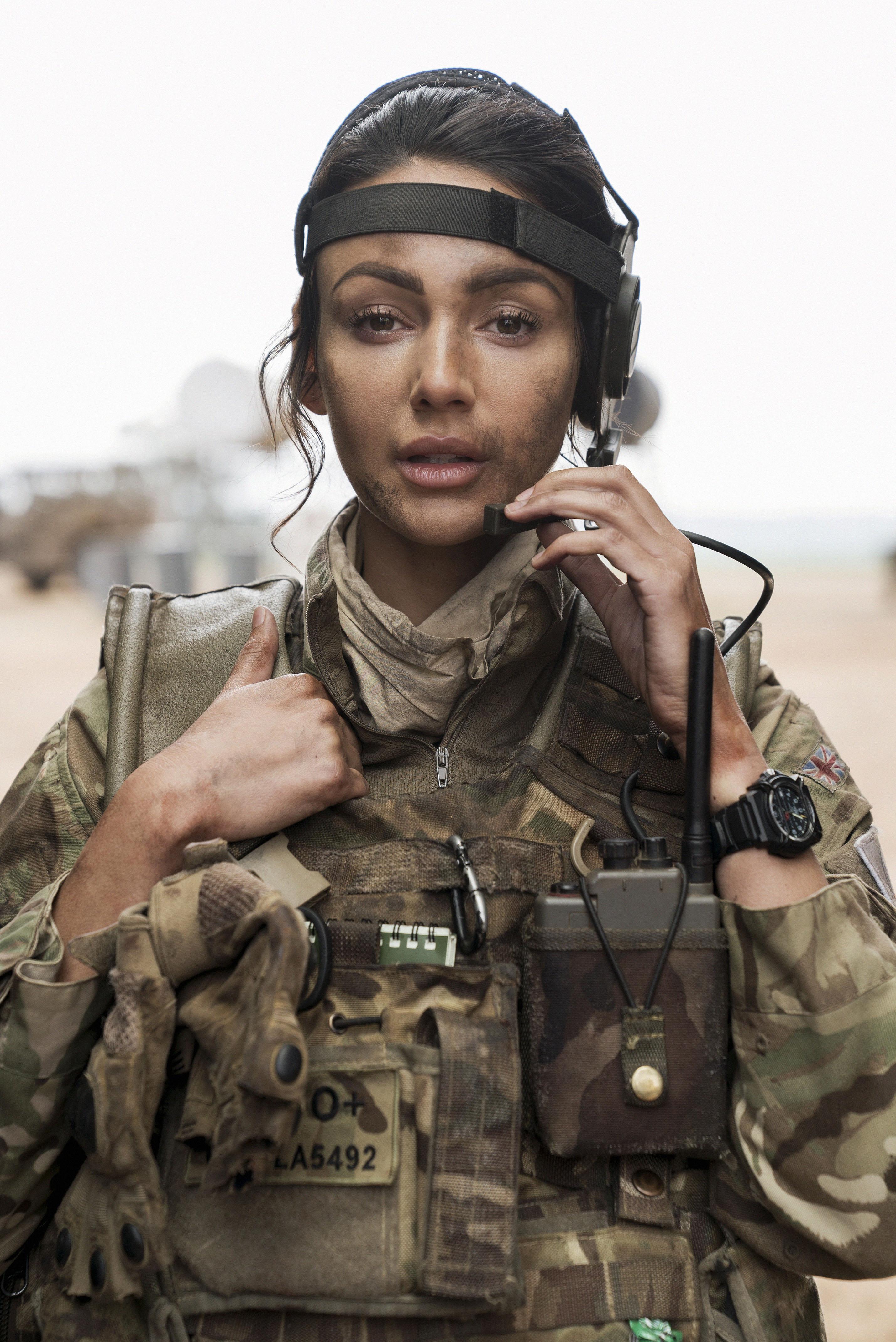 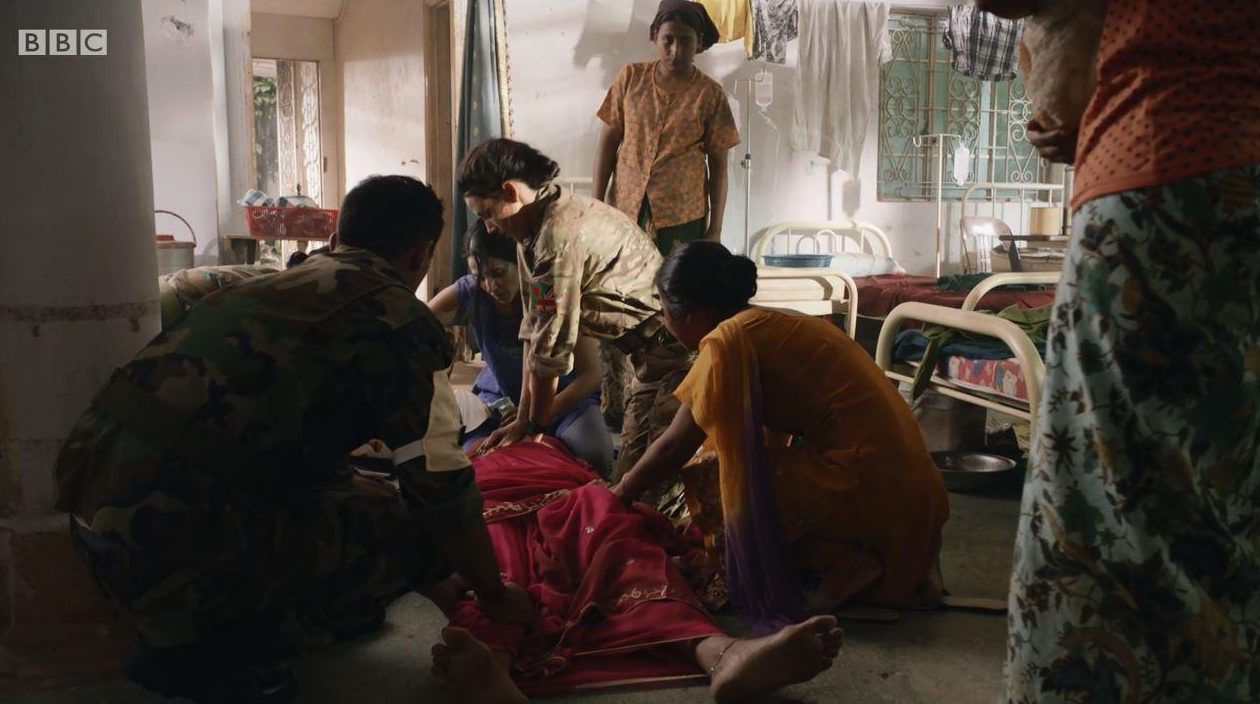 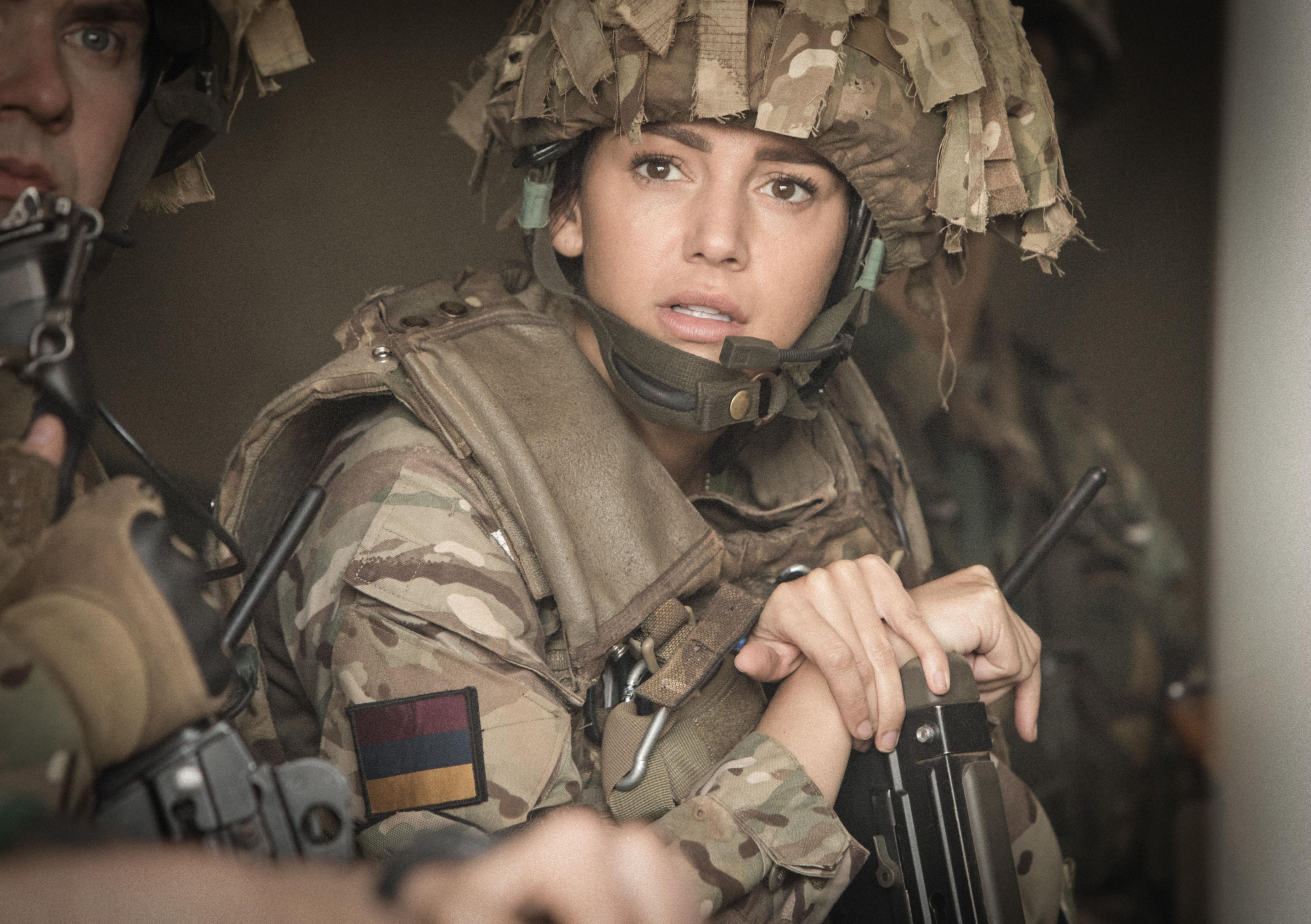 The St John Ambulance has issued six steps for civilians on how to perform CPR (cardiopulmonary resuscitation).

They are open the airway, check their breathing, call for help and start CPR, give chest compressions and give breath into their mouth.

The gaffe comes after the Sun revealed earlier this year the programme hired real-life Rohingya Muslim refugees for £33-a-day, prompting allegations of exploitation after extras including young children were forced to relive their horrific ordeal.

Pete Davidson Raves About Steve Buscemi in The King of Staten Island: He’s 'Just So Special'

Your wrinkles could be more sinister than you think