Home » TV & Movies » How far would you go to attend a comedy podcast?

There's something intimate about a podcast that breeds a special kind of obsessive fan. One that can imagine themselves in the room, laughing along with the hosts. Maybe it's the earbuds that block out the world around us, or that audio encourages a listener to fill in the gaps, forging a closer bond between listener and host.

"Podcast fans seem way more obsessive than normal comedy or radio fans," says Karl Chandler, one half of the Australian comedy podcast The Little Dum Dum Club. "They listen to the show where and when they want, with the option of bingeing hundreds of hours whenever they want." 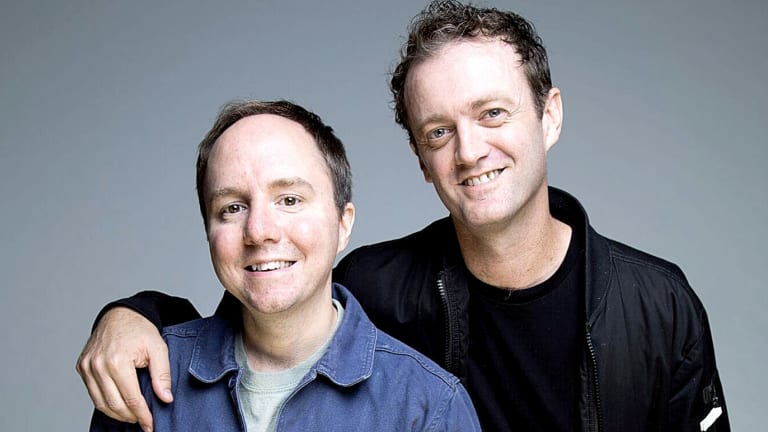 "We've got fans who discovered us then listened to 300 episodes in four weeks. Crazy! We certainly feel that heaps of them see us as their mates, even though we've never met them."

Chandler is an accidental expert in super-fans, having convinced his listeners to come to Thailand two years running for a series of live podcasts.

"One of the running jokes I copped on our podcast is my frequent trips to Thailand, and in particular, Koh Samui."

As a joke, Chandler declared he would start the "the first Koh Samui International Podcast Festival", with Dum Dum the only podcast to be invited. Encouraged by Dum Dum's listeners, a few months later the joke was somehow an event, with 80 diehard fans attending.

In a few weeks time the second annual Koh Samui International Podcast Festival will kick off with about 300 guests, extending the line-up to a second podcast, the US comedy show The Dollop.

Christian Braker made the trip from Switzerland in 2017, and is returning this year.

"The first trip for me was mostly driven by curiosity. The fact that I had not many people back home who knew about the show was also a driver. Being able to talk about the podcast with like-minded people was and remains a strong argument to fly halfway around the globe."

"The community created through this podcast is something to behold. I have met people who went through dark periods in their life and the podcast helped them through. But on top of that people have started to meet each other through this show and helped each other out. That is fascinating and I hope this journey continues for a long time."

Linda Moulton, a preschool teacher from New York, will also be attending.

"Before going to the festival last year I had never met a fellow listener. Now I've got a group that I consider some of my closest friends in the world – which kind of sucks because we live on different continents, but I'm doing my best to spread the word about the podcast to my friends here in the States."

"Everyone is just so inclusive… I was freaking terrified at first to travel nearly two days to meet a bunch of strangers for a podcast that made me chuckle on the way to work. But then I realised, 'Oh, that's what everyone else is here for. I'm in the clear. We're all just here because we want a laugh'."

Jackie Carter will be making a relatively short trip from Melbourne to attend.

"Many of us joke that if the festival doesn't go ahead next year, we'll still go to Koh Samui and hang together. Dum Dum was the catalyst, but the friendships have grown beyond that."

"This podcast and its fans are all about acceptance. It's an acquired taste, but you know almost immediately if you've found your people."