Fear the Walking Dead might have already killed off a major character, but its latest season four episode ‘Laura’ could prove to be its most divisive yet.

Following on from the previous episode’s reveal that John Dorie’s (Garret Dillahunt) girlfriend Laura is actually Naomi (Jenna Elfman), ‘Laura’ is predominantly a flashback episode of their meet cute, with only a splash of Morgan (Lennie James) in the final scene set in the present-day timeline.

Yep, that’s right. Zero appearances from the original Fear the Walking Dead characters despite the tantalising position we left them in. At times the episode can feel like an instalment of The Walking Dead – and an average one at that.

We have a feeling, however, that come the end of this season (or even the midseason finale), the episode will have been shown to serve a necessary purpose – and it’s all to do with Naomi’s fate. 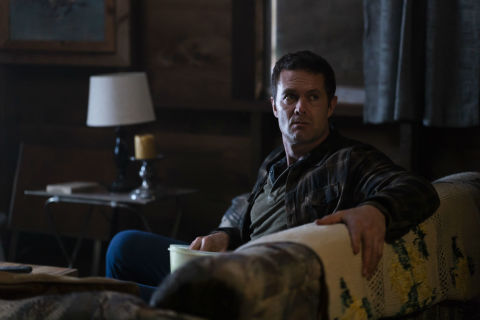 Cast your mind back to when John found out about Laura/Naomi at the end of ‘Buried’. “Naomi didn’t make it out… the stadium… things went wrong,” Luciana (Danay Garcia) explained, with Alicia (Alycia Debnam-Carey) adding: “She’s dead. They [the Vultures] did this. Come with us. Help us end it.”

Even at the time we thought that Alicia might have been hiding the actual truth about what happened to Naomi at the Diamond in a (failed) attempt to get John to join their vengeance quest, and the focus on John and Naomi in this latest episode further suggests she might be alive.

The simple fact is that if Naomi did actually die at the Diamond, then this episode is a generally pointless filler outing. Season four has already established their close connection, so while it’s nice to find out things like why John gave her one of his guns and why John was calling her Laura, it’s not exactly necessary to devote an entire episode to it.

Dillahunt and Elfman both give strong performances and they’re good enough actors to make sure the episode isn’t a drag and has an emotional punch, largely thanks to John’s final speech as Naomi prepares to leave (“if you’re alive, this whole world, this whole world feels alive”). Yet building up an connection to both their relationship and Naomi herself will feel cheap if it turns out we just see her get shot in a future episode in the past. 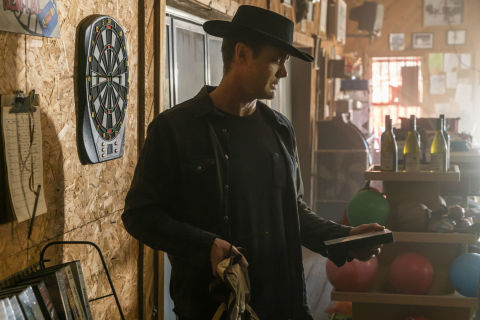 What would be more interesting is if it turns out that Naomi isn’t dead and instead turned on Madison and co, siding with the Vultures and contributing to the downfall of the Diamond. Even in this episode, her first instinct after John rescues her from the river is to steal his car and drive away, so she’s all about self-preservation, like when she tried to ditch Alicia at the theme park.

And if our speculation pans out, then spending the time building up John and Naomi’s relationship will prove fruitful. It could deliver a moral dilemma for John when he reunites with the person he loves, as everything he knows about the Vultures is that they are the villains who were responsible for Nick’s death.

Of course, this could just all be wishful thinking on our part and Naomi might be dead already, leaving this episode feeling like a typical midseason lull in The Walking Dead. 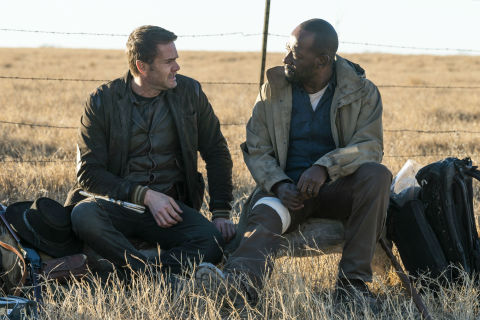 One thing’s for sure though, it doesn’t make us any less concerned that Fear the Walking Dead is wasting Morgan as it seems the two aren’t planning on joining the rest of the characters any time soon, judging by the final scene.

“We’re alive. We are part of the world. Let’s not waste another second,” Morgan tells John as he mourns Naomi’s ‘death’. It’s a nice and hopeful sentiment, but if it just leads to the show being split between their bromance and the established Fear the Walking Dead characters, it’s a sentiment that does the show no favours.

Fear the Walking Dead airs on AMC in the US and on AMC on BT TV in the UK.

How To Spend The Partial Solar Eclipse If You Can’t See It, Because The Magic Is Still There

Images show what a bee-free Christmas dinner would look like