Fear the Walking Dead is playing about with time in season four and the approach has left fans concerned for Madison.

The first episode largely concentrated on Morgan’s arrival in the spin-off show, ending with a cliffhanger as Morgan, John and Althea ran into Alicia, Nick, Strand and Luciana, but Madison was nowhere to be seen.

While last night’s (April 22) episode ‘Another Day in the Diamond’ showed Madison setting up a new community at baseball stadium Dell Diamond in Texas in the past timeline, we still saw no sign of her in the present day. 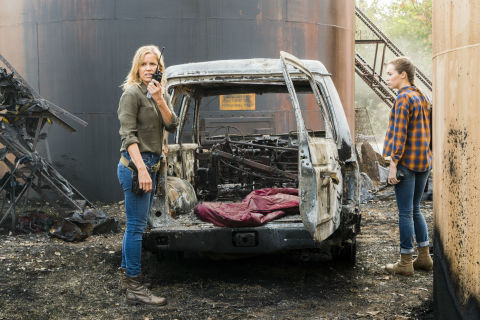 It’s led fans to be worried about Madison’s fate in the gap between the group leaving the Diamond and running into Morgan, but Kim Dickens isn’t giving any assurances about the fate of her character.

“You know what? This is the way we tell the stories. I can’t give away anything about that. I can’t tell you to worry or not worry,” she told The Hollywood Reporter.

“The storytelling is magnificent this season. We’re playing with time in a very unique way. The characters are changing from what you have seen before. That’s all I can tell you for now.

“You’ll have to remain worried and wait to find out, week to week. You can’t even stream it, which I like! It gets harder, week to week.” 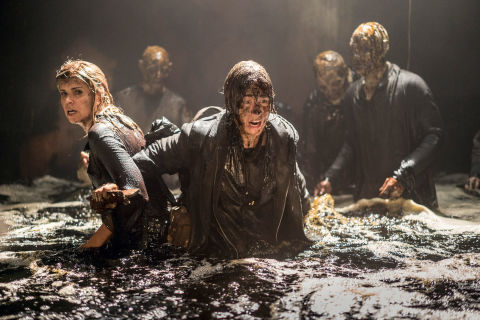 The second episode of season four also marked the arrival of the Vultures, so could it be that they are responsible for the whereabouts of Madison? After all, she’s already lost “all of her ‘give a f**ks'” when it comes to potentially negotiating with them.

Fear the Walking Dead continues on AMC in the US next Sunday, April 29 at 10/9c. The new season begins tonight (Monday, April 23) at 9pm on AMC on BT TV in the UK.

Louis Theroux: BBC host opens up on having children with wife in This Morning interview

Vanessa Bryant's Mom: My Daughter Wants to 'Sever All Ties' Amid Lawsuit