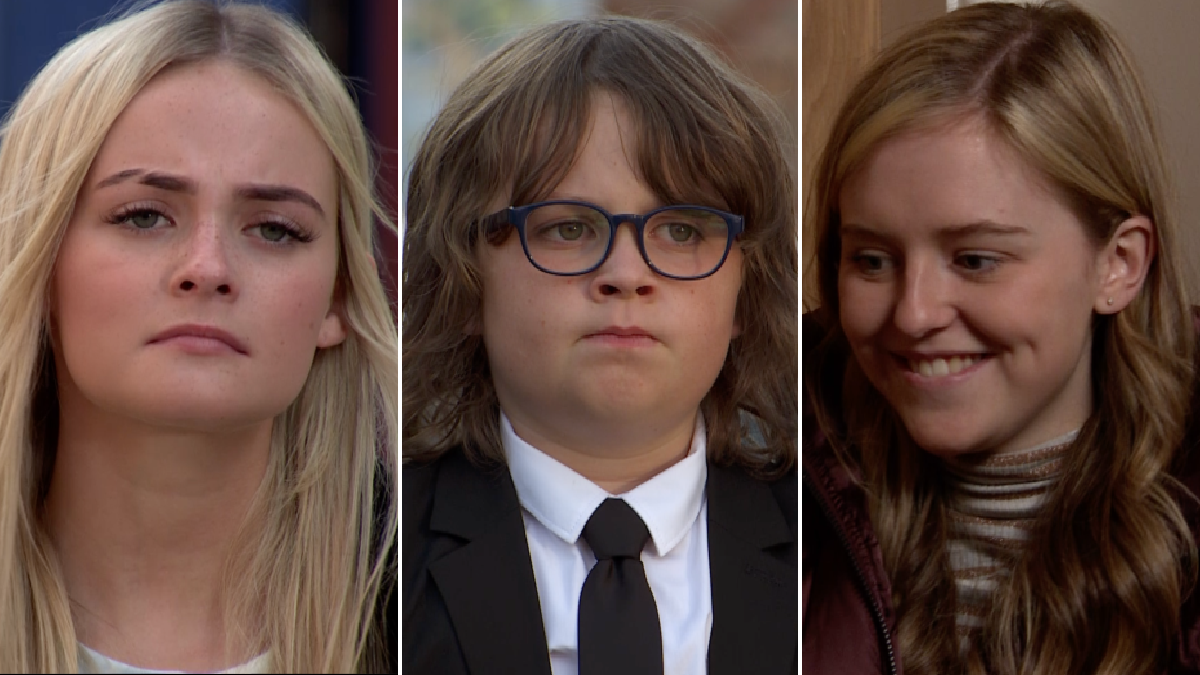 Coronation Street delivered the laughs, the tears and ultimately the justice, in a week that saw surprise weddings, proposals, and Corey Brent (Maximus Evans) pay for his crimes.

It’s been a week to remember on the cobbles, from Abi Franklin’s (Sally Carman) wedding-that-almost-wasn’t, to Curtis Delamere’s (Sam Retford) impromptu proposal, as he asked Emma Brooker (Alexandra Mardell) to marry him.

The biggest development, however, was Corey finally being caught, as Asha Alahan’s (Tanisha Gorey) and Nina Lucas’ (Mollie Gallagher) investigation resulted in them giving the police all the evidence they needed to charge the teen with murder.

Abi watched with joy as Corey was hauled in for questioning, before DS Swain told her that the CPS will be pushing forward with the case, charging Corey with murder, and given the new evidence, the charge will stick this time!

Next week will be a big one, as the fallout of this week continues to send shockwaves, and with so many questions left unanswered, you’re no doubt eager to find out what comes next, right?

Well, you’re in luck as we have a whopping five preview clips from next week’s episodes to tide you over until Monday.

Don’t say we never treat you!

Before we unveil the excitement that awaits in Weatherfield, however, it’s worth making note that – due to schedule changes – Corrie will air an hour-long instalment on Tuesday (November 9) this week, meaning that no episode will air on Friday.

Shona and David Platt exit No. 8 with Audrey Roberts by their side, as the funeral cars pull up. It’s the day of Natasha’s funeral, and emotions are running high.

Nick Tilsley reveals Leanne Battersby is taking a moment in her son’s garden, as this will be the first funeral she’s been to since losing her little boy. Sam Blakeman takes Nick’s hand, knowing he’ll need his dad.

Kelly Neelan returns to the street in the wake of her release from prison, much to the delight of Simon Barlow. She spots Nina Lucas, and approaches her, hoping to say sorry for what’s happened.

Nina, however, brands Kelly a ‘selfish little cow’, telling her she’ll never forgive her for setting in motion a chain of events that led to Seb’s death.

Daniel Osborne tells Summer Spellman she can borrow his Oscar Wilde book, much to her delight. Adam Barlow pops round, and – after Summer leaves – he discusses Daisy Midgeley with Daniel.

Summer, however, pops back for the Oscar Wilde book, and overhears the end of Daniel and Adam’s conversation, getting the wrong end of the stick, as she believes Daniel is talking about her.

Aadi Alahan refuses to believe Dev’s assertion that he treats him and Asha equally. After they discuss money, Aadi reveals that it wasn’t Kelly who keyed his car!

Dev, however, questions his son over how he could possibly know that.

Fiz Stape isn’t too pleased that Tyrone Dobbs has returned home early from the party with Ruby, but Ty tells her all about how a girl named Penny was causing trouble. Isla arrives, telling Tyrone that Hope is smashing, and suggests that they go get a milkshake together.

What We Know About Prince Edward’s Son James, Viscount Severn

Christchurch survivors find strength together despite cancellation of memorial

Is Chase Rice’s New Album About The Bachelor’s Victoria Fuller? See Who The Songs Were Written About Here!